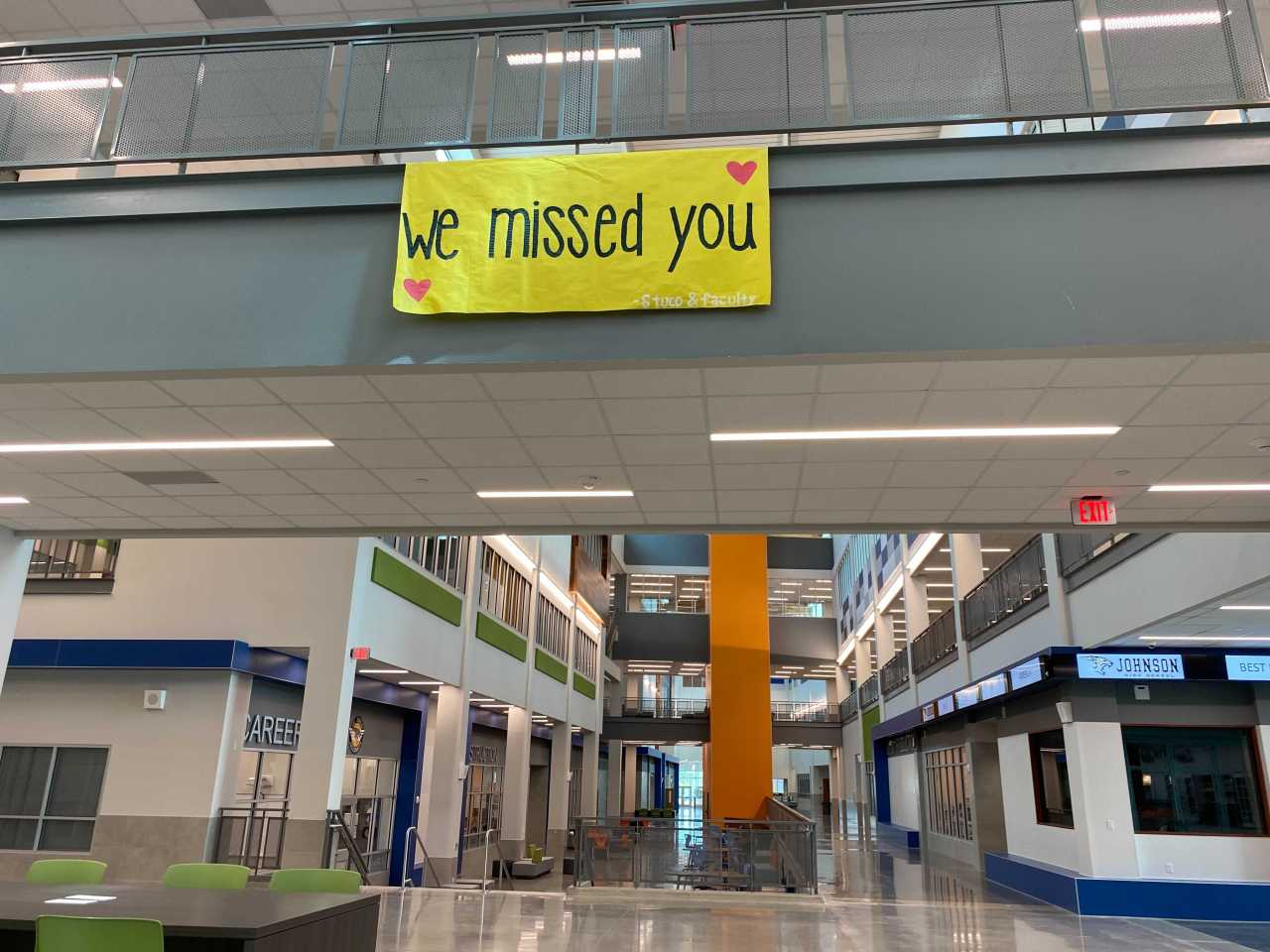 It was the first day everyone — 46% — who opted for in-person learning could do so.

The rest — 54% — are continuing virtually. That means many teachers are navigating split classrooms.

“I teach floral design, and then interior design and principles of architecture,” explains Tiffany Stratton of Johnson High School.

The original back-to-campus plan for Hays CISD called for seven periods a day for about 50 minutes each.

But Stratton is glad the school board decided last week to keep a block schedule, which has been utilized for the first three weeks of virtual learning.

That means learners both online and in-person have four classes a day at 90 minutes each.

“Today, for instance in my floral design class, the first part of the day I went through a presentation on safety and materials to prepare them for a quiz that they’ll have the next class,” Stratton said. “And then once they started on their review independently, I was able to jump on the Zoom call, answer questions on where they’re finding information.”

Not only does keeping a block schedule help teachers conduct classes, but Johnson High’s principal says it also helps maintain consistency between students at home and on campus.

“They want to feel at the end of the day that they’re putting the same amount of equity in to both the in-person kids and the virtual kids and this system does truly give you that peace of mind that you are dedicated to both settings,” Brett Miksch said, adding 1,100 students, or about 60% of students, returned to the Johnson High School campus Monday.

Miksch says the schedule cuts down on screen time by giving all students time for independent practice.

“That was the main driving force behind it, is balancing it out to where they’re not sitting in front of the screen as much, going to all seven periods,” he said.

“Obviously, it cuts down on transition times between classes, so it helps us with contact tracing,” Miksch said.

“We’re only having to clean between the periods — four periods instead of seven times,” Stratton added.

A spokesperson for Hays CISD says most middle schools are also on block schedules.

He says elementary school schedules don’t have blocks but do allow for teachers to rotate between students who are in-person and online.