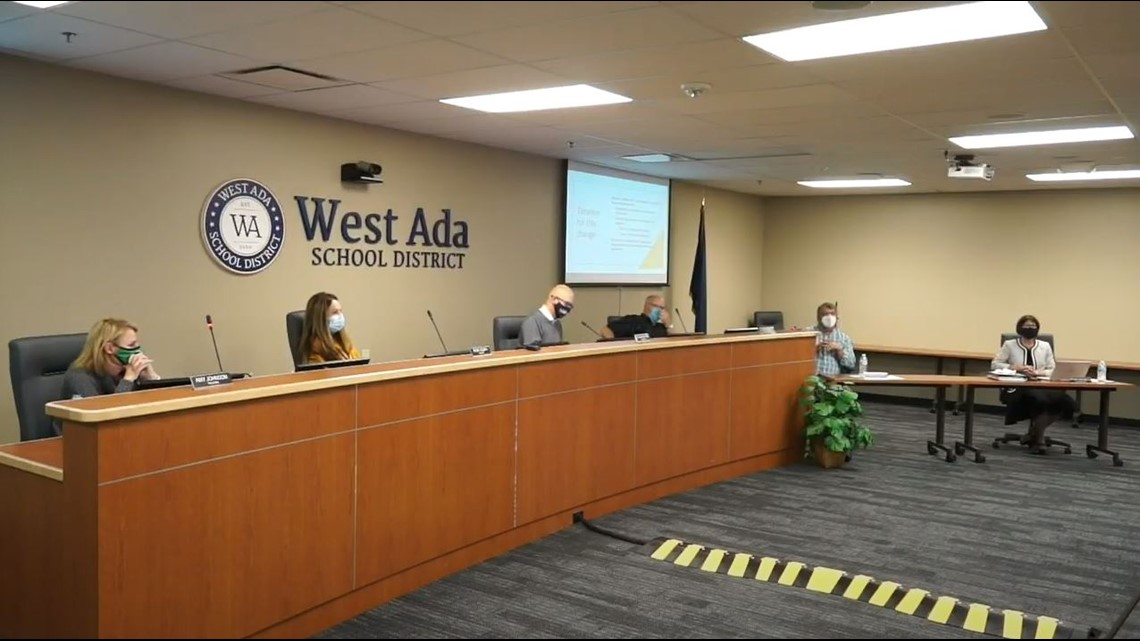 She said IDHW’s breakdown by school was incorrect in part because it counted students who contracted coronavirus while using West Ada’s online-only option, Virtual School House.

The Idaho State Board of Education echoed West Ada’s concern that in smaller schools, case reporting could out people positive cases, and subject them to social stigma.

While many school districts nationally have declined to report cases by school for this reason, many have not. School board trustees Amy Johnson and Rene Ozuna criticized administrators’ move, calling for added transparency and reporting by school.

“I don’t know why we’re not being as transparent as the state,” Johnson said, adding that gaps in reporting have left the board without crucial information. ”We haven’t had data to make decisions from, so we’ve been pulling data from everywhere.”

As more parents consider homeschooling and online options outside their home district this fall, many school districts have seen enrollment dips. West Ada is currently facing a 2,247-student enrollment decrease, and will lose out on around $9.1 million in enrollment-based funding, district CFO Johnathan Gillen said.

Still, the district is receiving $12.7 million in CARES Act federal relief funding, though reshuffling of funds won’t allow the district to cleanly supplement losses. Strings attached to federal dollars leave the district with a lot of questions about what it can spend relief money on, so officials are still deciding how to spend the funds, Gillen said.

The board also debated a return to online-only classes and other modifications to district plans. Central District Health recommended earlier on Tuesday that Ada County schools move back to all-online learning as the district moved into the “red” or most severe designation for case spread.

Board members reviewed survey results before making a decision. In those results, a majority of teachers and staff preferred a return to online courses.

“I’m getting a lot of emails from teachers who have preexisting conditions or have aged parents,” Smiley noted. “You can see that in the raw numbers that they are a lot more uneasy. The kids are a lot more gung ho.”

While students, especially at the high school level, were less hesitant to attend in-person classes than teachers, parents desired some form of in-person learning the most of any group surveyed.

A group of critical parents last week established an effort to recall West Ada School Board trustees over their limitation on in-person learning.

Concerns about safety and students’ ability to learn effectively during online classes resurfaced in early discussions.

This is a developing story. Check back for updates on the meeting.

Read more from our news partners at the Idaho Press:

How often do Ada County police draw and point their gun? Not all agencies track