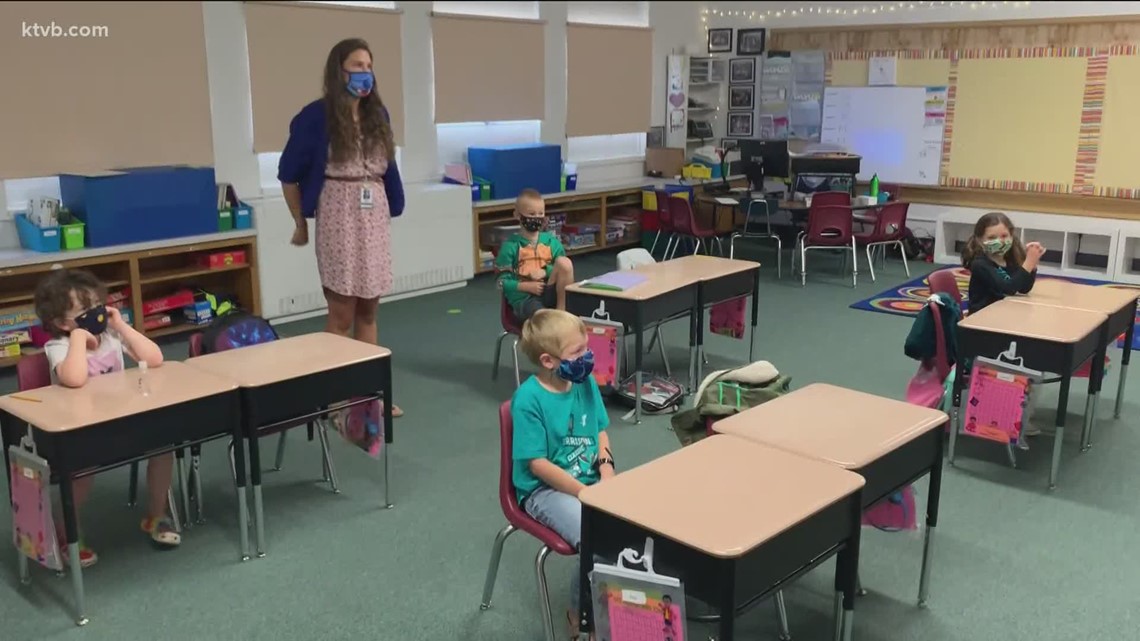 “There’s no plan at this time but there’s been discussion and we’ve received a lot of feedback from people wanting their kids to still be in school even if Central District Health has us in red,” she said.  “We’ve been having that conversation for some time so now we need to gage, where do we have parents support for this, where do we have staff support for this? To be in an alternating schedule if the Central District Health pushes us in red.”

The decision isn’t easy for all parents. Christina Mennear is a mom of two going to schools in the West Ada School District. Her children are currently enrolled in hybrid learning. After receiving the district’s survey, she said she has a lot to consider.

“I’m not comfortable with it in red, I’m not comfortable with the change in yellow that they’ve made right now, but you know I have different reasons. I have a child with an immune deficiency, that already leaves him susceptible to respiratory infections,” Mennear said. “So I can admit that I tend to air on the side of caution.”

In the first week of West Ada’s reopening plan, schools were in the yellow category phasing in preschool and kindergarteners. The second week, they phased in first and seconds grades. On Monday, the district plans to phase in third grade, but that could all change if Central District Health decides that West Ada School District will need to move back to red.

“Yes, we want our students to be here face to face learning with our teachers,” she said. “We know that’s the best way they learn, but we also know we are in the middle of a pandemic, so can we bring them back to an alternate day schedule even if we are in red level, safely? And if we can’t do that, then we can’t do that.”