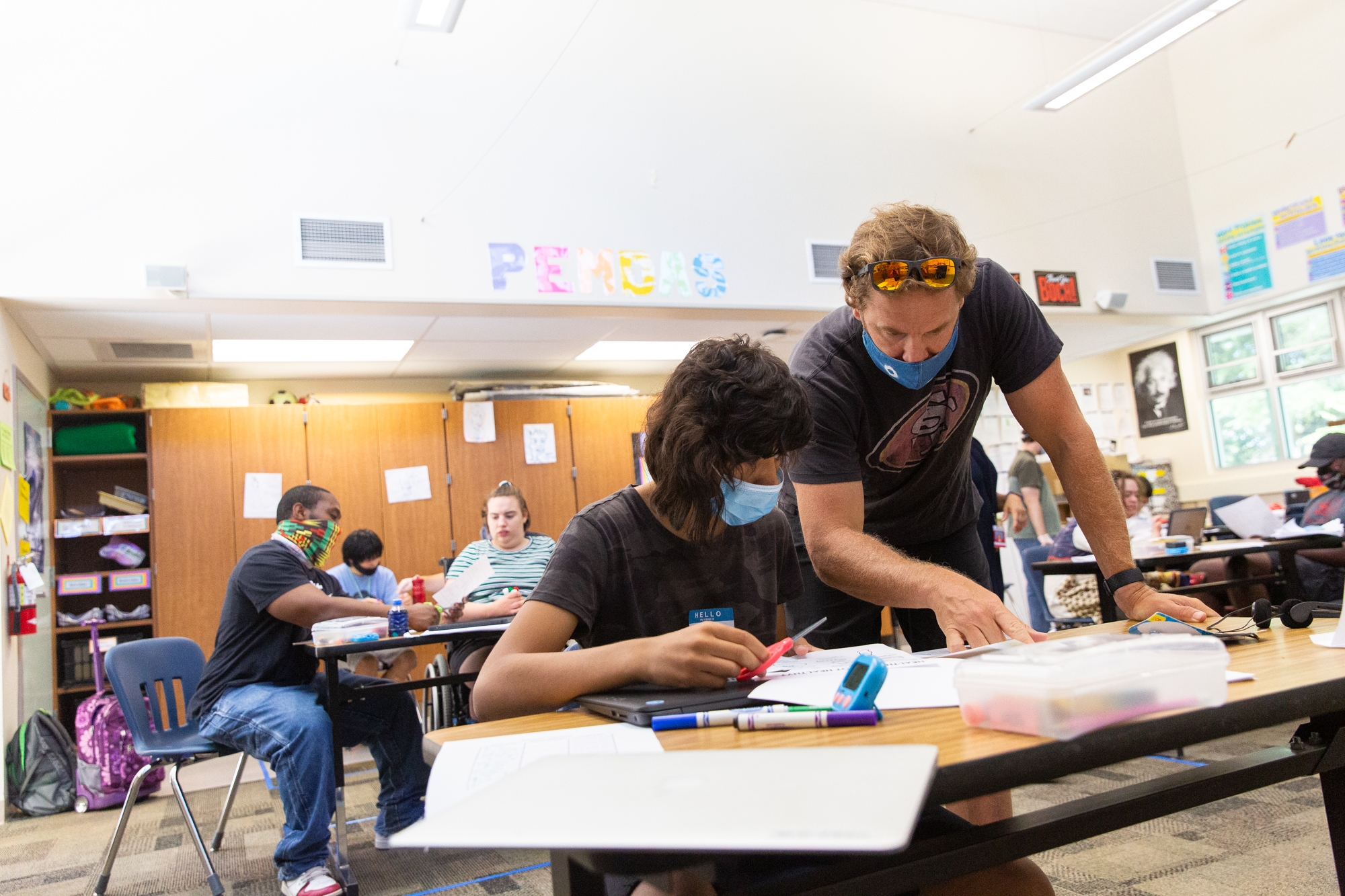 Palo Alto Unified’s plan to reopen elementary schools in October has sparked intense anxiety among teachers and staff members who do not feel safe returning to work in person, illustrating a deepening divide between them and school leaders who support safely getting back to face-to-face instruction.

More than 100 people spoke during the school board’s virtual meeting on Tuesday night, with the majority being teachers and staff who urged the district against reopening campuses in the coming weeks. Many said they felt the plan was rushed and had not included their input, fueling a sense of distrust and lack of confidence in the plan. A recent teachers union survey found that 82% of special education teachers and specialists and 83% of elementary teachers who responded do not feel comfortable going back to work in person. According to the union, 84% of elementary teachers and 82% of special education teachers responded to the survey.

Loretta Beasley, a teacher at El Carmelo Elementary School, cited a recent New York Times article that attributed one California school district’s ability to successfully reopen with the support of both staff and families to trust.

“That’s what we’re lacking here. The transparency of this plan is clearly flawed. The safety of this plan is haphazard at best,” Beasley said. “What I think is happening then is the teachers are seen as the bad guys. I can tell you I am working harder than I have ever worked before. I am not part of the 83%, but I am terrified.”

The district’s reopening plan, which is subject to a board vote next week but almost is certain to be approved, proposes a staggered return to school with hybrid models that mix in-person and online learning. Transitional kindergarteners and first-graders would go back to school on Oct. 12, second- and third-graders on Oct. 26, fourth- and fifth-graders on Nov. 9 and middle and high schoolers on Jan. 7. Students of all ages, including now kindergarten, first- and second-graders, will be required to wear masks at all times.

Superintendent Don Austin, who said he believes students “belong in schools,” acknowledged that there is no reopening plan that will satisfy everyone.

“Part of our problem right now is we’re chasing something with no finish line for some people,” he said. “I understand that. A person’s fear or anxiety is real. There is a point, however, where we have exhausted our steps that we can put in place trying to make people feel better about returning.”

He pointed to a disconnect between how educators and parents in the district feel about reopening. Of about 2,600 elementary school parents who responded to a district survey last week, 62% want their children to go back to school in person.

“We have to work through that,” Austin said. “We have to remember who we serve first. School systems are designed and created to serve students.”

Teachers said they worry about the safety of themselves, their students and families. Several specialists, such as music teachers or reading specialists who would work with multiple classrooms, questioned how that will keep cohorts stable. They asked for more detailed information about day-to-day logistics, safety measures and testing. (The district is looking into providing testing on campuses at no cost to students and staff, including possibly through Stanford Health Care.)

“We have not been part of the plan,” said Lisa Jauregui, a middle school teacher in the Futures program for students with moderate to severe disabilities. “We are the ones on the front lines.”

Some teachers pointed to local school districts that are not planning to open in person this semester, such as San Jose Unified. Other neighboring districts, however, including the Los Altos School District, are planning to resume in-person instruction in a staggered, hybrid model starting in October.

Several teachers and parents also said that distance learning has vastly improved since the spring. They worried that reopening will disrupt the progress that’s been made in providing daily, quality online instruction.

Several board members explicitly said they support the reopening plan as proposed. Jennifer DiBrienza said she’s not sure why there’s a gap between the work the administration has done to put together a plan and the teachers who are expected to implement it. She noted that some of the questions and issues raised are answered in the 52-page plan.

“I do think that our staff has made an effort to create a clear safety plan and … for whatever reason, there are many teachers who feel like they don’t know what it is. Teachers are thinking that there isn’t an adequate, safe plan in place when we think we have published an adequate safety plan,” she said. “I’m not sure what the missing step is there but clearly we have to keep working at it.”

Board member Ken Dauber made a failed motion to waive the board’s two-meeting rule and vote on the reopening plan on Tuesday night. With the targeted first day of school less than three weeks away, he said it would give families and staff more certainty and time to prepare.

“We’re going to adopt this plan,” he said. “There’s no benefit to waiting to do that except to continue to create I think a real cost, which is prolonging the uncertainty.”

In the coming weeks, the district will be asking elementary school families to choose which model they want for their children for the rest of the year: either the in-person hybrid option or full distance learning.

Senior administrators shared how the campuses have been prepared for a safe reopening, from replacing HVAC filters, installing plexiglass dividers and designating entry and exit points to purchasing personal protective equipment for teachers and staff.

Board members also asked about options for livestreaming classes and outdoor instruction, which Austin said are subject to negotiations with the teachers union.

The school board will vote on the reopening plan at a special meeting this Tuesday, Sept. 29, at 5:30 p.m.