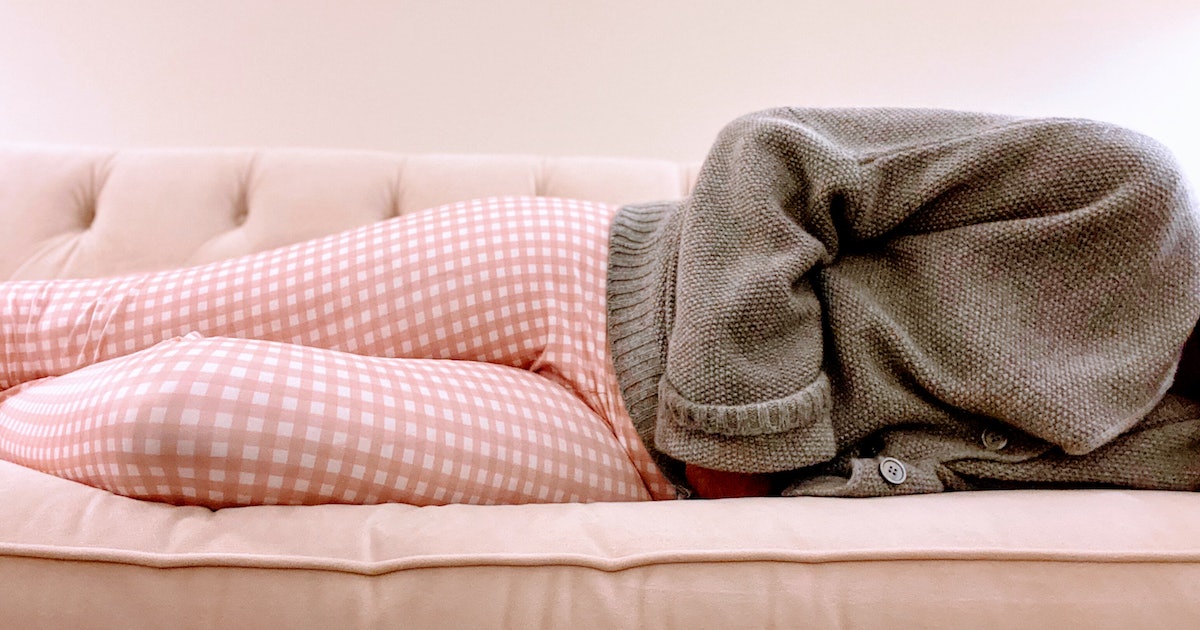 If you grew up in the early noughties and your sex education was anything like mine, your period was the impeding boogie man coming to get everyone. Adverts told you that you’d use a pad covered in miscellaneous blue liquid to deal with it and teachers informed you it was something to be dealt with quietly and secretly. Oct. 10 marks the first National Period Day in the UK, a step towards destigmatising menstruation once and for all. And it clearly can’t come soon enough as a recent study found nearly a quarter of people didn’t know what was happening when their period first started. Clean water charity Wateraid has found that there’s still a stigma attached to periods and unearthed some disturbing statistics about period poverty in the UK, too.

Wateraid spoke to 1,000 people between the ages of 14 and 21 living in the UK. They found that almost one quarter didn’t know what was happening when they first started their period and one in four would describe periods as embarrassing. A fifth went further as to describe menstruation as gross.

Conversations surrounding menstruation have really opened up as more sex educators have sought to destigmatise peirods on social media. However, Wateraid wanted to establish where these negative attitudes towards periods come from. They found that one in four boys and young men had teased and mocked periods with their friends. One in seven people who menstruate who they spoke to said they’d been made fun of about their period.

Periods aren’t only a natural process, they’re a great indicator of overall health. However, Wateraid found that over 50% of respondents said they wouldn’t approach a doctor if they were worried about their period and a fifth were too ashamed to ask for products if they needed them.

Period poverty was another issue Wateraid looked into, and they found that one in seven of the young people they spoke to were worried about whether they or their family would be able to afford sanitary products when they first started their period.

And separate study from Plan International UK has found that the global pandemic we’re currently going is making access sanitary products even more difficult. Plan International UK spoke to 45 health professionals from 30 countries. They said that price increases and shortages of sanitary products during the pandemic have led to a rise in period poverty.

Similarly, Always spoke to 2,030 young people aged 13-17 in the UK. They found that one in 25 people said their families were struggling more now than before the lockdown to pay for period products. One in ten said they were worried about how they’d be able to afford products after restrictions lifted and 13% said they felt they had learned less about puberty and periods than they would have if they had been at school during the lockdown.

Speaking about the pandemic, Rose Caldwell chief executive of Plan International UK said, “We already know that the COVID-19 outbreak is having a devastating impact on family finances all over the world but now we see that girls and women are also facing widespread shortages and price hikes on period products, with the result that many are being forced to make do with whatever they can find to manage their period.”