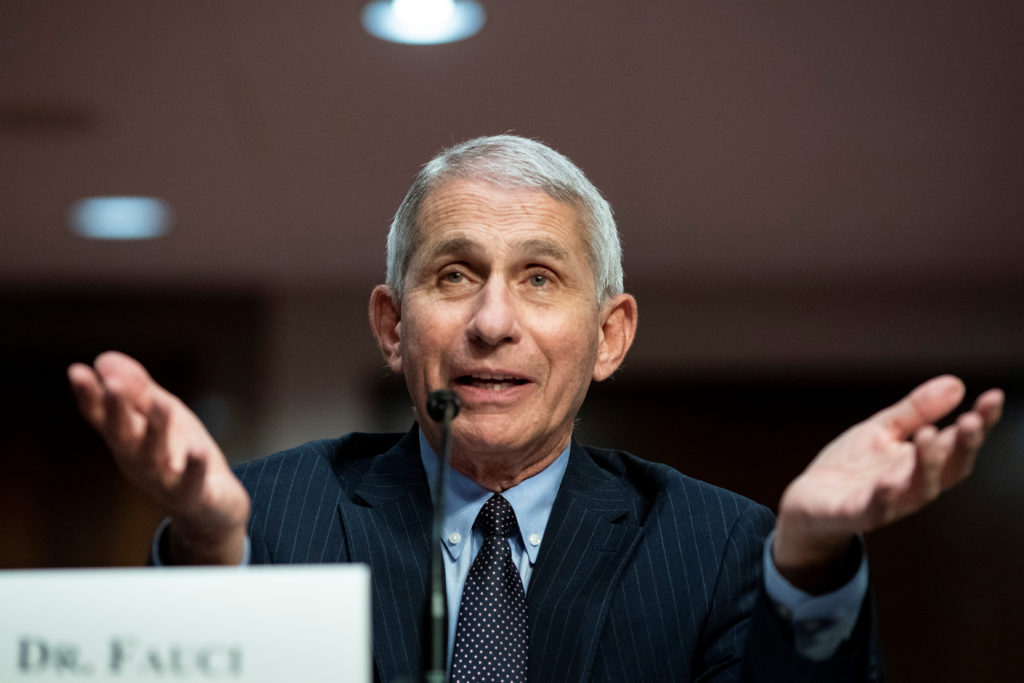 Dr. Anthony Fauci and CDC Director Robert Redfield testified on the COVID-19 pandemic before the U.S. Senate Committee on Health, Education, Labor, and Pensions, a day after the country hit another staggering milestone in coronavirus deaths.

The U.S. death toll from the coronavirus topped 200,000 Tuesday, by far the highest in the world, hitting the once-unimaginable threshold six weeks before an election that is certain to be a referendum in part on President Donald Trump’s handling of the crisis.

The number of dead is equivalent to a 9/11 attack every day for 67 days. It is roughly equal to the population of Salt Lake City or Huntsville, Alabama.

And it is still climbing. Deaths are running at close to 770 a day on average, and a widely cited model from the University of Washington predicts the U.S. toll will double to 400,000 by the end of the year as schools and colleges reopen and cold weather sets in. A vaccine is unlikely to become widely available until 2021.

“The idea of 200,000 deaths is really very sobering, in some respects stunning,” Dr. Anthony Fauci, the government’s top infectious-disease expert, said on CNN.

The bleak milestone was reported by Johns Hopkins, based on figures supplied by state health authorities. But the real toll is thought to be much higher, in part because many COVID-19 deaths were probably ascribed to other causes, especially early on, before widespread testing.