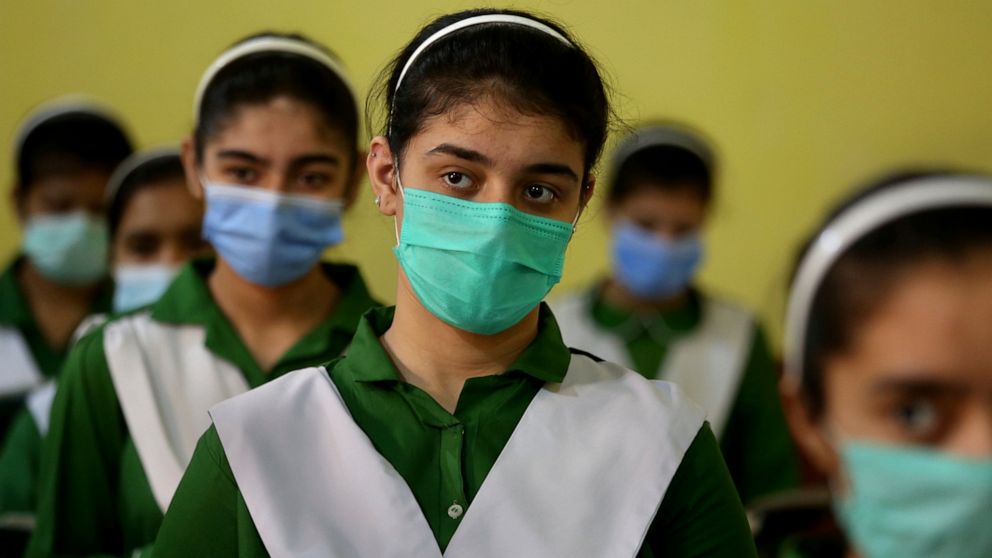 WASHINGTON — Top federal health officials say they’d get a COVID-19 vaccine, once it was approved by the Food and Drug Administration.

Dr. Brett Giroir, an assistant secretary at the Department of Health and Human Services, told a Senate hearing he’d “have no hesitancy” to take that vaccine. He added people should have discussions with their health providers about the vaccine.

Dr. Anthony Fauci, the nation’s top infectious disease expert, says he “certainly would” take a vaccine authorized by the FDA. Several vaccines are in the final stage of testing in the U.S. Fauci says government scientists should know by the end of this year — November or December — whether they are safe and effective.

Dr. Robert Redfield, head of the Centers for Disease Control and Prevention, addressed criticism that forced the CDC to supersede its guidance. The clarification now says people without symptoms should be tested.

Redfield told the Senate hearing members it was a misinterpretation.

HERE’S WHAT YOU NEED TO KNOW ABOUT THE VIRUS OUTBREAK

— Dr. Fauci: Scientists may know about safety of a vaccine by December

— 200,000 dead in the US as Trump vilifies science, prioritizes politics

— Johnson & Johnson to begin huge study to see if a single-dose COVID-19 vaccine can protect against the virus. It will test 60,000 volunteers in various countries.

— Israel has reported a new record level of daily cases of coronavirus as government officials planned to discuss tightening a new nationwide lockdown.

— One of just four doctors managing the COVID-19 unit at a Sierra Leone hospital is also trying to provide quality care for those afflicted with other infectious diseases.

HERE’S WHAT ELSE IS HAPPENING:

WASHINGTON — Dr. Anthony Fauci says by the end of this year government scientists should know whether they have a safe and effective vaccine for COVID-19.

Fauci is among top officials testifying before the Senate Health, Education, Labor and Pensions committee on Wednesday.

As the government’s leading infectious disease expert, Fauci has been a realist about the dangers of the coronavirus but also optimistic about the prospects for a vaccine. Fauci says people who recover from the virus develop antibodies against it, which gives him confidence a vaccine that triggers the immune system will work.

Fauci says several kinds of vaccines are in final-stage testing in the U.S. A single-dose candidate is the most recent trial, which requires thousands of volunteers.

BERLIN — Germany’s foreign minister is quarantined after a bodyguard tested positive for the coronavirus.

Heiko Maas’ ministry says an initial test on the minister was negative. The ministry says it is working with local authorities to establish whether other people need to take measures.

Germany has seen a rise in new infections in recent weeks, though its numbers remain well below those in some other European countries. Germany has reported more than 278,000 cases and 9,400 confirmed deaths.

The announcement by Health Minister Roman Prymula comes after the Czech Republic registered a record spike of the new confirmed cases last week with a day-to-day increase surpassing 3,000. On Tuesday, the number of infected reached 2,394, the second highest.

Prymula says indoor gatherings are restricted to 10 people if they are standing and to 50 outdoors. It the visitors are seated, up to 2,000 spectators can attend sports and other outdoor events.

Bars, pubs and restaurants will close at 10 p.m., starting Thursday. The Czech Republic has a confirmed total of 53,158 cases and 531 deaths.

Neighboring Slovakia had 338 cases Tuesday for a confirmed total of 7, 269 cases and 41 deaths since the start of the pandemic.

LONDON — Scotland has recorded 486 positive coronavirus cases in the past 24 hours, the highest number of daily cases in a single day.

First Minister Nicola Sturgeon says almost half of the new cases were from the Greater Glasgow and Clyde area. She says there were two recorded deaths in the past day, bringing the total confirmed toll to 2,508.

Sturgeon recently announced a ban on visiting other homes and discouraged car.

The U.K. is witnessing a steep rise in infections. On Tuesday, Prime Minister Boris Johnson ordered new restrictions, including early closing times for pubs and restaurants.

That brings the total number of confirmed cases in the UAE to 87,530 and 406 deaths.

While the spike follows an aggressive coronavirus testing campaign, the country hasn’t seen such high infection rates since mid-May.

In the months since, authorities have relaxed restrictions. Dubai, the region’s business hub, reopened its airport for international travelers and schools resumed in-person instruction.

MADRID — Health authorities in Madrid may extend to more communities the restrictions on movement it imposed on areas of the Spanish capital with high coronavirus infection rates.

About 860,000 Madrid residents already are required to justify trips out of 37 neighborhoods, mostly working-class areas. People have complained that the restrictions stigmatize the poor.

The region’s deputy health chief, Antonio Zapatero, says a decision on additional measures, including possible customer limits in restaurants, would be announced Friday,

Zapatero says the outbreak situation in the Madrid region, which has a population of 6.6 million, was one of “sustained increase.”

VATICAN CITY — Pope Francis says all segments of society, especially the poor, have a role to play in making the world a better place after the coronavirus and drug companies shouldn’t get a bigger say than front line health workers.

Francis called Wednesday for an inclusive rethink of the economic, social and political structures of the global economy that have showed their weaknesses during the pandemic. He spoke during his weekly general audience, held in a Vatican courtyard before a few dozen masked faithful.

Francis has long insisted on the need to involve society’s most marginalized groups, such as indigenous, poor and elderly people, in making decisions about their own futures.

On Wednesday, he extended that concept to the virus, saying: “Everyone needs to have the possibility of assuming responsibility in the process of healing the society of which he or she is a part.”

The pope added: “The large pharmaceutical companies are listened to more than the healthcare workers employed on the front lines in hospitals or in refugee camps. This is not a good path.”

Francis next week is expected to release an encyclical on fraternity and solidarity in the post-coronavirus world.

LONDON — The British government is defending its strategy for combatting a second wave of coronavirus infections from criticism that new restrictions didn’t go far enough to stop the exponential spread of the virus.

Prime Minister Boris Johnson unveiled a slate of new rules on Tuesday to stem the renewed outbreak, including a 10 p.m. curfew on bars and restaurants, increased use of face masks and again encouraging people to work from home.

Foreign Secretary Dominic Raab told Sky News on Wednesday that the government’s approach was “focused, balanced and proportionate.” He says that if everyone complies with the measures, they will be enough to prevent a second national lockdown “with all the impact on society and families but also the damage it would do to businesses.”

Many health experts said the government’s plan wouldn’t be enough to stop the rapid spread of COVID-19 infections.

The dean of epidemiology and population health at the London School of Hygiene and Tropical Medicine, John Edmunds, says the government needs to quickly impose much wider restrictions or risk losing control of the virus.

BERLIN — Austrian authorities are canceling the 2021 Vienna Opera Ball in February, a high society highlight, because of the coronavirus pandemic.

Chancellor Sebastian Kurz told the Austria Press Agency that the ball is a “flagship” for Vienna and for Austria as a cultural nation but that it would be “irresponsible” to press ahead as usual.

Austria, like many other European countries, has seen a resurgence of new infections recently and has tightened some restrictions on public life.

Culture minister Andrea Mayer said the Opera Ball requires extensive planning and authorities can’t assume at the moment that a relaxed event with 7,000 people dancing will be feasible on Feb. 11.

But she said the decision doesn’t affect operas and concerts in Vienna, which are going ahead with hygiene precautions.

The past six days have shown some drop in the new cases. Wednesday’s increase reported by the Health Ministry raised the nation’s total to more than 5.6 million, which is on pace to pass the U.S. total within weeks.

Balram Bhargava, director-general of the Indian Council for Medical Research, said vaccines with 50% efficacy will be approved for use against the coronavirus.

That’s the benchmark set by the World Health Organization as no vaccine for respiratory diseases has a 100% efficacy, he told reporters on Tuesday.