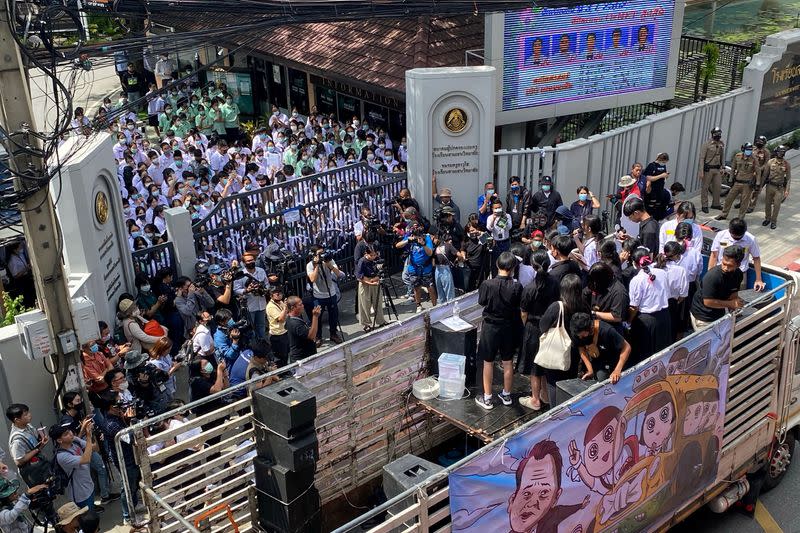 BANGKOK (Reuters) – Thailand’s “Bad Student” campaigners toured Bangkok high schools in a truck on Friday in a protest cheered on by pupils to demand education reform and an end to the harassment of students and of school rules they say are outdated.

The school demonstrations are part of an anti-government protest movement that has been growing since July and is also demanding greater democracy. Some campaigners seek reforms to the powerful monarchy too.

“Stop the harassment of students, cancel outdated rules, and give us comprehensive education reform,” said Laponpat Wangpaisit, an activist from the group that calls itself “Bad Student” outside one Bangkok school.

From behind school gates, pupils cheered the protesters, sang songs mocking school rules and gave the three-finger salute of pro-democracy campaigners. At one school, pupils put a sign on the gate saying: “Teachers at this school harass students.”

The protesters were later due to go to the education ministry to demand the resignation of the minister if he does not agree to their demands. The ministry did not immediately respond to a request for comment on the protests.

Concerns over the harsh treatment of pupils have risen this week after the emergence of closed-circuit camera footage of teachers hitting very young children. The clips prompted outrage and calls for measures to be taken against the schools.