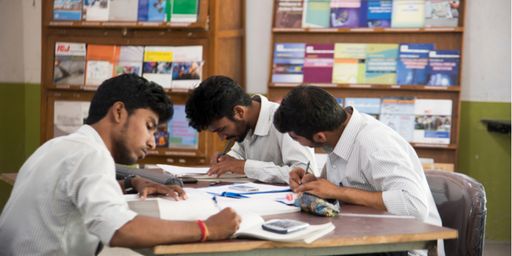 Buildings and hostels constructed for students at a cost of Rs 58.21 crore at Government Arts and Science Colleges, Government Engineering Colleges, Government Polytechnic Colleges in various districts and Manonmaniam Sundaranar University were inaugurated by the chief minister. He also laid the foundation through video conferencing from the secretariat here for postgraduate and research wings for new departments of Computer Science, Physics and Commerce, hostels for students and residences for the Vice Chancellor on premises of Thiruvalluvar University, Katpadi to come up at a total cost of Rs 25.25 crore, the release said.