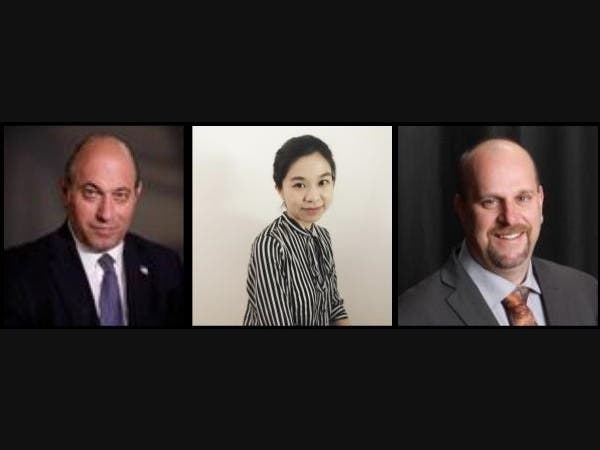 Los Angeles is known as a city of migrants. According to the last census, 50.6% percent of the population was born outside of the County of L.A., including the 35% who were foreign-born. This melting pot of cultures provides an opportunity to learn from best practices and mistakes, but to do that we must have conversations with one another.

Last weekend, I set up a Zoom meeting for what I hope will be a series of roundtable discussions with two of my fellow neighborhood council volunteers. We all share a passion for education so it seemed fitting that in this first session we discussed our own educational backgrounds and how they related to what our children face in Los Angeles.

Yi Ding is the Secretary of the Northridge West Neighborhood Council. She also chairs the council’s Education Committee. Ding started her schooling in Beijing, China, where she felt the system was more competitive than the American one. It was “test-based” and almost singularly focused on the College Entrance Exam.

The American higher education system is what attracted her to the United States. While the Chinese system tended to focus on the student’s major, she felt that in the states they had a more holistic view. She preferred the more rounded experience that a liberal arts education provided.

Mihran Kalaydjian is on the Porter Ranch Neighborhood Council and chairs the Education and Schools Committee. He was born in Jerusalem, Israel, and notes that his birth country’s schools are among the best in the world. These schools have demanding requirements including one that every student learn multiple languages. According to Kalaydjian, 93% of students in Israel graduate high school.

After providing mandatory service to the military, all Israeli citizens are expected to continue their education, either in college or with some type of vocational training. While Israel does have high-quality universities, many choose to attend American universities.

The subject of the stellar reputation of the American higher education system was the first common thread that emerged from the discussion. How is it that a country that has produced universities that attract students from countries throughout the world have such a hard time putting together a K-12 education system that would have the same reputation?

One of the obstacles that schools in the United States face is that they are not supported by a strong federal bureaucracy. The Department of Education controls very little of the funding spent on K-12 education and is actually prohibited from setting the curriculum that local schools must follow.

Compare this to Israel where the federal government runs multiple types of schools to meet the needs of a diverse society. This includes religious and secular schools. The Chinese government also fully funds its schools.

The drastic effect of reducing funding for education was evident in my schooling in New York. As part of the “baby bust” generation, I saw programs disappear that were available to classmates that were just a couple of years older than me as schools struggled to stay open with far fewer students. Also, since school budgets were directly tied to property taxes, funding was jeopardized as the local electorate would vote on school budgets. As the number of households with students enrolled in public schools decreased, it became harder to pass budgets that satisfied the complete educational needs of the students.

Israel is known for paying very high taxes, but in return, they can provide their schools with the funding that is needed to make them among the best in the world. They also invest in their teachers, paying them high salaries and providing professional development and constant training. China’s teachers do not earn very high salaries, but they do receive constant professional development. In both countries, the teaching profession is well-respected.

Kalaydjian notes that “education is a weapon.” For any country to advance, it needs to have an educated workforce. Perhaps the first lesson learned is that the federal government needs to stop trying to provide education on the cheap.
________________________________
Carl Petersen is a parent, an advocate for students with special education needs, an elected member of the Northridge East Neighborhood Council, a member of the LAUSD’s CAC, and was a Green Party candidate in LAUSD’s District 2 School Board race. During the campaign, the Network for Public Education (NPE) Action endorsed him, and Dr. Diane Ravitch called him a “strong supporter of public schools.” For links to his blogs, please visit www.ChangeTheLAUSD.com. Opinions are his own.

The rules of replying: