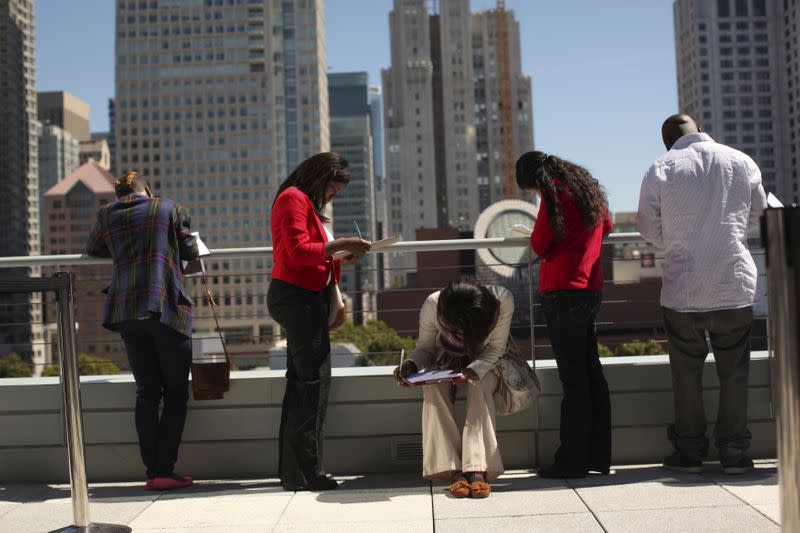 WASHINGTON (Reuters) – U.S. job openings increased further in July, though more workers quit their jobs in the retail as well as professional and business services industries likely because of fears of exposure to COVID-19 and problems with childcare.

Despite the surge in vacancies reported by the Labor Department on Wednesday in its monthly Job Openings and Labor Turnover Survey, or JOLTS, the number of unemployed people competing for a new job remained relatively high in July.

“The labor market recovery will be measured in years, not months,” said Chris Rupkey, chief economist at MUFG in New York.

Job openings, a measure of labor demand, jumped 617,000 to 6.6 million on the last day of July. Still, vacancies remain below their level of 7 million in February.

Job openings were led by the retail sector, with 172,000 new vacancies. There were an additional 146,000 jobs in healthcare