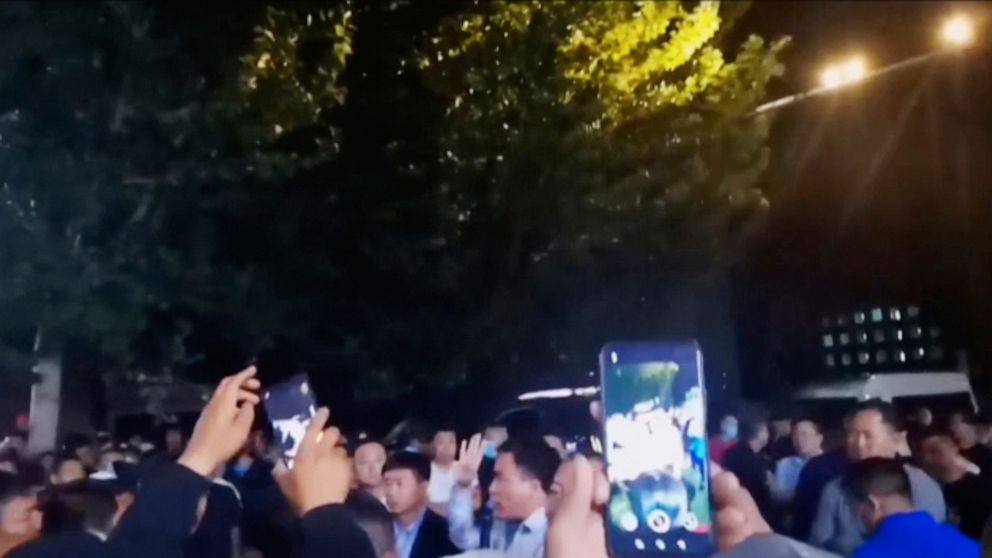 TAIPEI, Taiwan — Ethnic Mongolians, including students and parents, in China’s Inner Mongolia region are demonstrating their anger in rare public protests against a new bilingual education policy that they say is endangering the Mongolian language.

A high school student in the city of Hulunbuir said students rushed out of their school on Tuesday and destroyed a fence before paramilitary police swarmed in and tried to return them to class.

“We senior students were talking and we thought we had to do something,” said the student, Narsu, who like most Mongolians has only one name. “Although this doesn’t directly affect us now, this will have a huge impact on us in the future.”

The policy, announced on Monday ahead of the start of the new school year, requires schools to use new national textbooks in Chinese, replacing Mongolian-language textbooks. Protesters say they were aware of demonstrations and classroom walkouts in

China’s work in implementing bilingual education of Putonghua and an ethnic language in ethnically populated regions in recent years has been smooth and effective in cultivating bilingual talent. Some twists happened in the Inner Mongolia Autonomous Region as a new regulation on bringing courses taught in Putonghua has not been fully explained to parents, and disinformation has misled the public, with the possible interference of overseas separatists.

Since this year’s fall semester, students in first grade in ethnic primary and middle schools in Inner Mongolia would use the state-approved textbook for Chinese, and the course would be taught in Putonghua. Before the reform, students started learning the course from second grade. Mongolian language remains the medium of instruction in other subjects from first grade. The Inner Mongolia government released an explanation on its