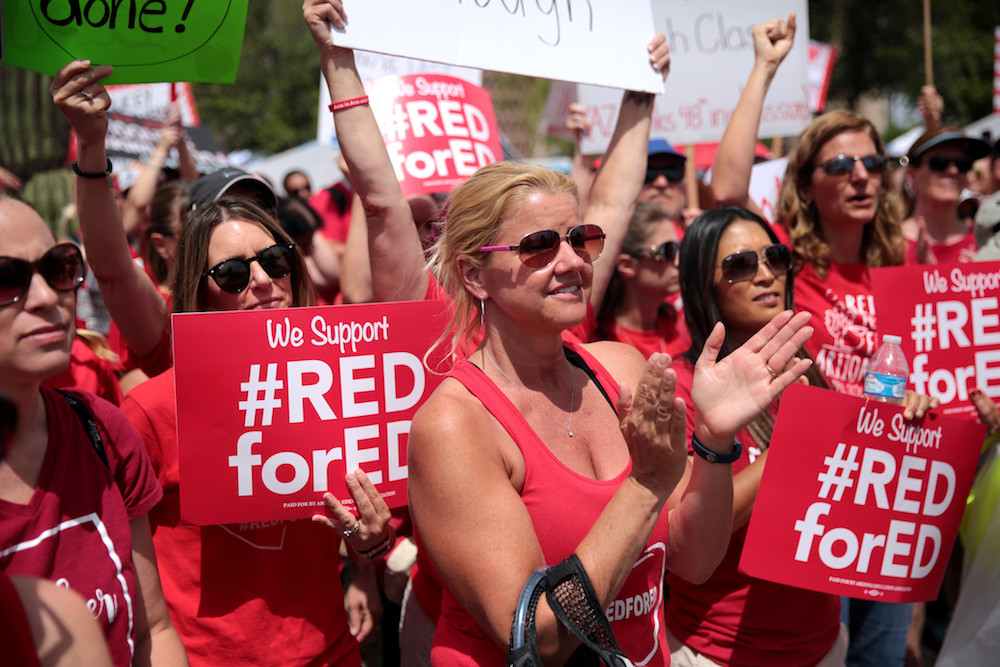 In late February 2018, teachers and support staff shuttered schools in all fifty-five counties of West Virginia. Their strike inspired educators across the country and raised hopes that a long-awaited revival of organized labor finally may have arrived.

That spring, school employees in Oklahoma, Arizona, and beyond walked out to demand increased education funding and better pay. Confounding all expectations, these actions erupted in Republican-dominated (Red) states with weak labor unions, bans on public sector strikes, and electorates that voted for Donald Trump. The “Red for Ed” movement soon spread nationwide, with strikes throughout 2019 paralyzing school districts in Democratic cities such as Los Angeles, Oakland, Chicago, and Denver.

How has this Red for Ed movement developed over the two years since West Virginia? Have the walkouts strengthened educator unions and rank-and-file teacher activism? And to what extent has the movement been able to win its demands and effect broader