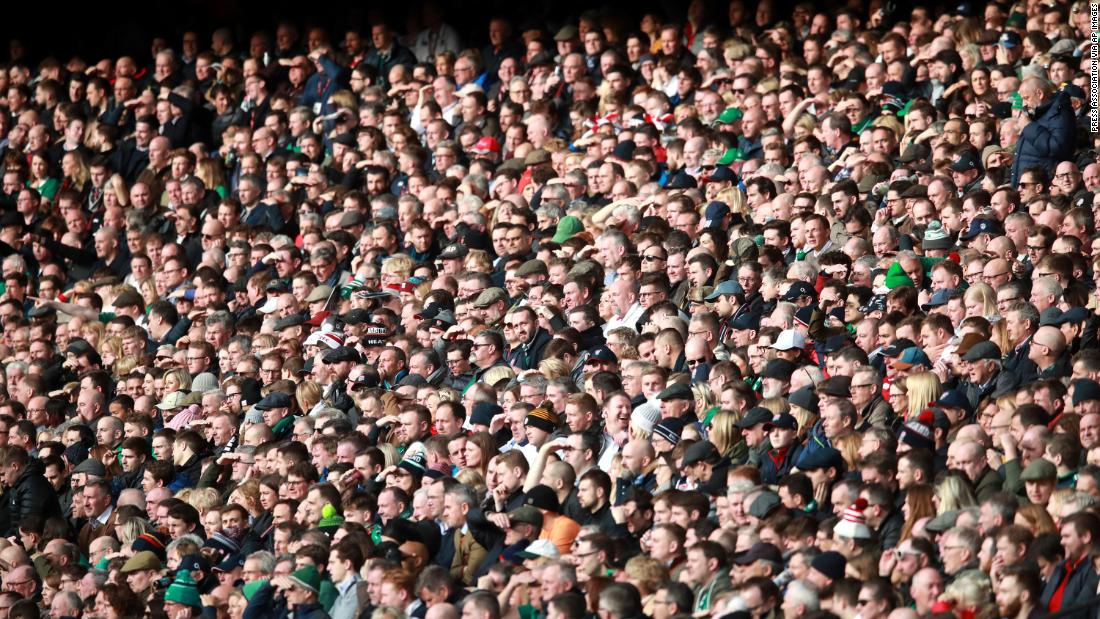 The “Swing Low, Sweet Chariot” song is one of the most recognized African-American spirituals, rooted in the horrors of US slavery and the oppression of race.

In the aftermath of George Floyd’s death, the RFU said in June it was reviewing the song’s use at games, saying many fans might not be aware of its “historical context.”
In a statement released on Thursday, the organization, which oversees English rugby, said it intends to educate fans “on the history and provenance of the song as well as providing platforms for diverse voices across the game.”

“The RFU needs to step up its efforts to improve diversity and inclusion across our game,” RFU Chair Andy Cosslett said. “We are living through testing times, but this will not deter us from grasping the opportunity to better reflect the society we live in.

READ: Sam Burgess steps down from coaching position amid allegations of domestic violence and drug use

“We have worked hard to understand our starting point and are now underway with a plan that we are confident will produce big improvements in our diversity and inclusion over the next few years. Rugby Union has always prided itself as being a ‘game for all’ … we must now demonstrate beyond any doubt that we mean it.”

For the last three decades, “Swing Low, Sweet Chariot” has been the adopted anthem of England’s rugby union team.

But its singing at matches has promoted questions as to whether it is right that a slave-era song — one which is believed to be a coded message for those slaves seeking the underground railroad to freedom — should be used to galvanize a national team to sporting glory. Should lyrics which are about suffering and despair be sung by thousands of England fans who are often middle-class, often White?

Following Floyd’s death and the shooting of Jacob Blake, and the prominence of the Black Lives Matter movement, many corporations and institutions have been reviewing their historical associations with slavery.

In the review carried out by the RFU, it found out that only 31% of the respondents think that rugby is representative of the general population.

Its current board, of 14 people, consists of four females and by 2022 will have two BAME members.

The RFU also announced it will release a short documentary on “Swing Low, Sweet Chariot’s” history, featuring prominent current and former BAME England players as well as Josephine Wright, Professor of Music and Black Studies at The College of Wooster (Ohio), USA.