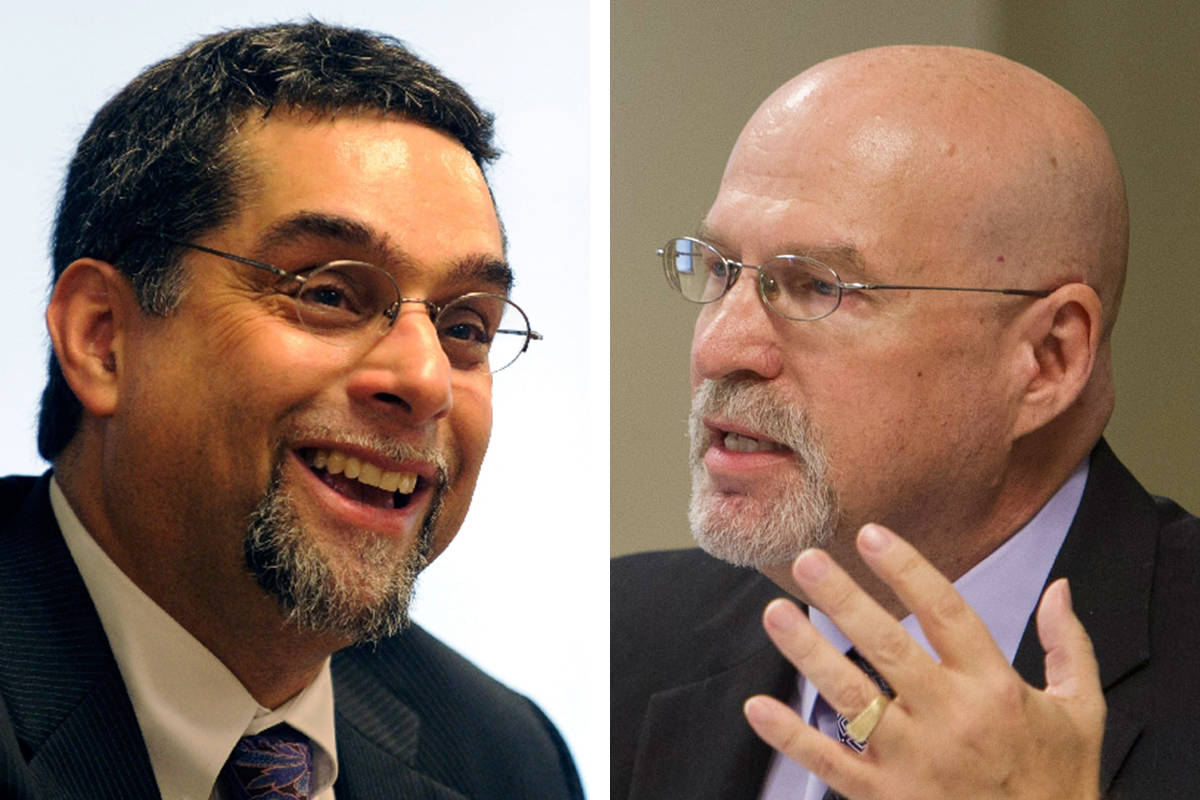 Mr. Newburn is the current vice president of the board. He describes himself as “an outside change agent.” Realizing that he couldn’t change everything, he focused his efforts on improving computer science education in the state. He views the role of the board as being the truth tellers in public education.

He’s supportive of charter schools, viewing them as “just another district to us.” He would like to see more charter schools in neighborhoods with low-performing traditional schools. He’s also a supporter of Read by 3. He believes the program would have “created a lot of focus and motivation to take care of the problem before the third grade. I’m concerned that we’ll lose that sense of urgency.” The Legislature gutted the retention portion of Read by 3 last year.

Mr. Cantu has almost three decades of experience working in both K-12 and higher education. If elected, his priorities would include “how we invest in education and how we hold educators accountable.” He said he would bring a “practical mindset to the board.” He’s the executive director of JAG Nevada, which is a branch of Jobs for America’s Graduates.

Mr. Cantu has a reasonable approach to evaluating teachers as well. “I believe teacher performance should be based on the performance of students,” he said. He believes the current standard of 15 percent isn’t high enough. “It’s too low,” he said. “When you work in any field, you’re evaluated based on outcomes.”

Voters in District 4 are fortunate to have two quality options. Mr. Cantu has an admirable approach to education. Mark Newburn has served the community well, however, and deserves re-election.