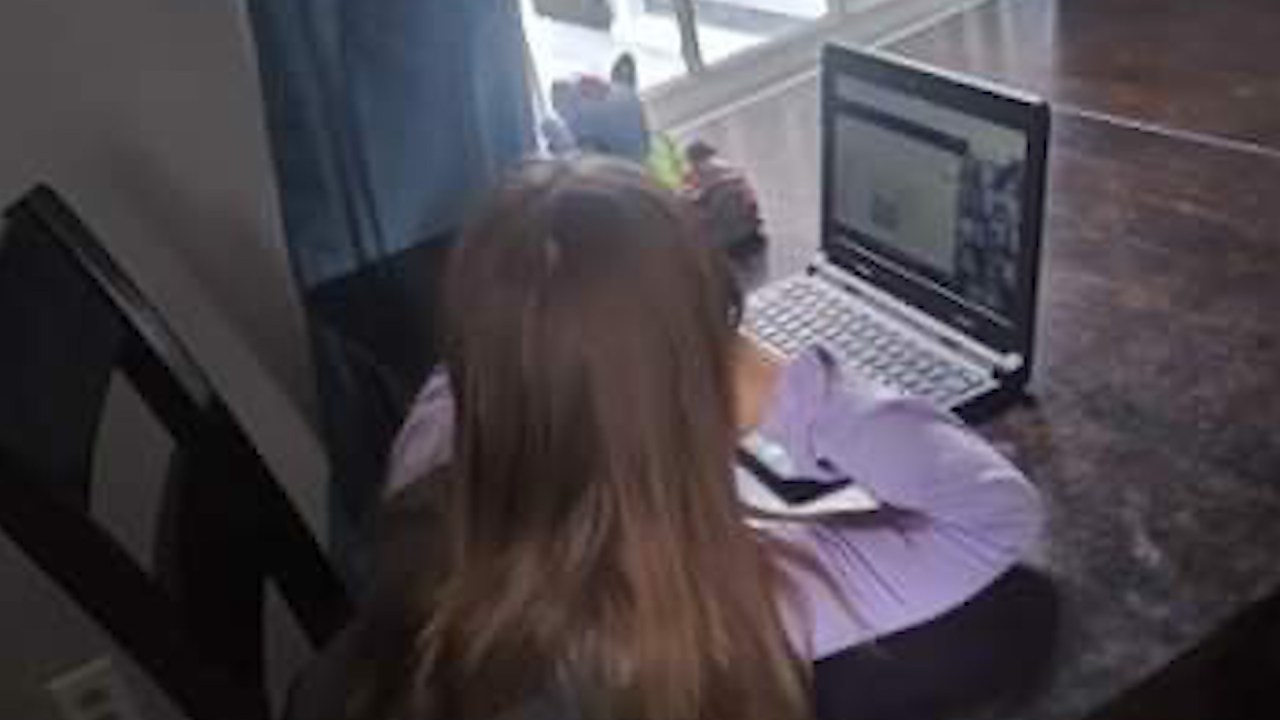 WARWICK, R.I. (WPRI) — Like many parents of special needs students, Sarah Salisbury said the spring season of remote learning didn’t go so well for her daughter Kaitlyn, who has autism.

She was hopeful that Kaitlyn, who receives special services through an individualized education plan (IEP) in Warwick, would be able to go to 1st grade in person at Norwood Elementary School this fall.

Despite urging from state leaders to reopen, Warwick school leaders determined it was not yet safe and the district would do remote learning. But in late August the district sent an email to parents that career and technical students, pre-K and special needs students would be able to return in person using a hybrid model at three school buildings deemed safe: Drum Rock Early Childhood Center, Warwick Veterans Memorial Middle School and the Career & Technical Center.

“I received an email that the School Committee had voted to bring back the most vulnerable, which my child is,” Salisbury said. “The special services were going to be at Warwick Vets and I thought finally, something for this kid who has had nothing since March.”

But her hopes were soon dashed; the school district told Salisbury that Kaitlyn did not qualify for in-person school, despite being on the autism spectrum with an IEP. The district was only bringing back special needs students in “self-contained” classrooms, she was told, while Kaitlin is in what’s called a “co-taught” classroom, where special education and regular education students learn together with two teachers.

“Just heartbroken,” Salisbury said. “Feeling like I was completely abandoned and left behind.”

She said Kaitlyn, who didn’t speak until she was four years old, had so much success in special education in Warwick that she was able to move to the co-taught classroom by repeating kindergarten last year, and was set to begin 1st grade this year. The co-taught classroom allows her to learn social skills from students who don’t have her same challenges, Salisbury said.

“We acknowledge that nothing takes the place of in person learning,” district spokesperson Catherine Bonang said in response to questions about why some special education students were not given an in-person option. “Students in co-taught classes are receiving instruction virtually at this time.”

She did not answer a question about how many special needs students were only being offered virtual learning.

Bonang said Superintendent Philip Thornton was not available for an interview Wednesday. Thornton said at a recent School Committee meeting that Warwick’s buildings did not have safe enough air circulation to reopen.

“I don’t believe it is safe to bring students in and open a window and put a fan in,” Thornton said at the Sept. 15 meeting. “To me, that’s inherently unsafe.”

At that same meeting, the School Committee voted to bring back all kindergarten students who wanted to return, but not any other grades or any additional special needs students.

School Committee Chair Karen Bachus questioned why co-taught special education students have been left out of the in-person learning being offered at Warwick Vets.

“It just makes no sense to me,” Bachus said. “They’re some of the kids who have the most trouble learning.”

Jennifer Connolly, the director of special services for Warwick Public Schools, replied that the classrooms at Vets have now been filled up with kindergarten and self-contained special education classrooms.

“I do not have any solutions to offer at this time,” Connolly said at the meeting. “We just don’t have the space for them to attend Vets at this time.”

She said 56 special education classrooms with eight students each were returning in person in the hybrid model. And even if some of those students opt out of in-person learning, she said she could not legally move students who were placed in co-taught classes by their IEPs into self-contained special education without a waiver from the federal Department of Education.

But Salisbury argues the district is violating her daughter’s IEP, which is also a legal obligation.

“There is a way to give more services or in-person learning and it’s just not happening,” Salisbury said. She said Kaitlyn is receiving about an hour a day of instruction in two half-hour video calls. She is awaiting more details on having virtual speech therapy, which has not yet been scheduled.

Bonang said the district has ordered 600 air purifiers, with a goal of bringing more elementary students back in a hybrid model at the end of October. The timeline is contingent upon the purifiers arriving and being installed. No date has been set for bringing back middle and high school students, including those with special needs in co-taught classrooms.

Warwick has applied for $1.78 million in funding from the $50 million state officials set aside for school improvements.

Salisbury said she and other parents of special needs students who haven’t been allowed to return to school have been discussing their options. She reached out to the R.I. Department of Education, where officials suggested mediation or potential legal action as remedies.

Gov. Gina Raimondo has publicly warned districts that parents could seek legal action if their schools are not offering their children in-person learning, now that the state has deemed it safe for schools to reopen.

“We have prioritized in the state of Rhode Island students that are differently-abled,” R.I. Education Commissioner Angélica Infante-Green said in her weekly interview with 12 News on Tuesday. “We have made that very loud and clear that they need to be in person.”

If Warwick doesn’t change course, the last resort for Salisbury will be to try and change districts.

“That’s my extreme measure,” Salisbury said. “If I have to take her out of Warwick — which will break my heart because they have been wonderful thus far — then that’s what I’m going to do to help my daughter.”