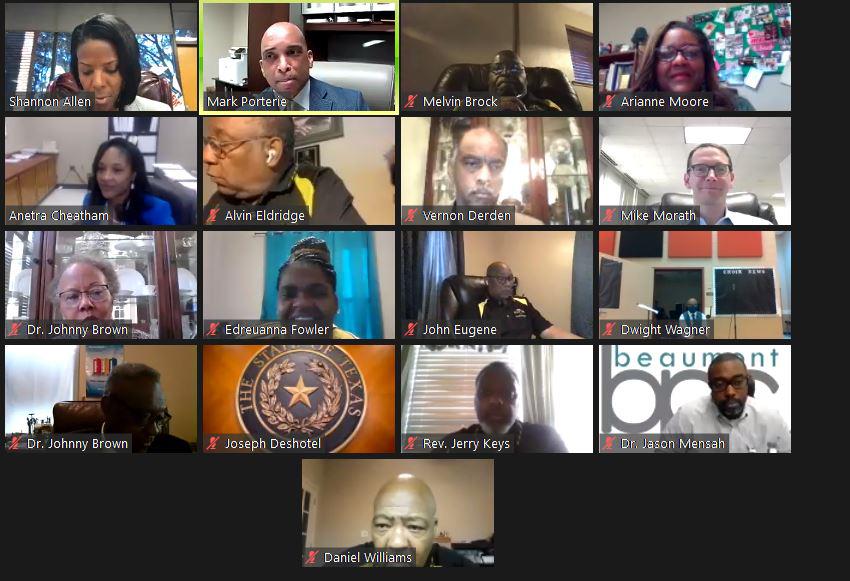 Southeast Texas district leaders are working on tracking down hundreds of students who are enrolled but have not yet participated in virtual or in-person learning this year.

“We are still looking for many students who have … chosen face-to-face learning, but haven’t shown up,” Allen said. “We are calling parents. Our administrators are looking for parents and looking for our kids.”

The problem is not unique to Beaumont or Southeast Texas.

Texas Education Commissioner Mike Morath, who also participated in the town hall Tuesday, said the problem is seen across the state but is improving.

“We are actively monitoring the attendance situation,” Morath said. “But we are seeing an increase every four weeks.”

Despite those increases, however, BISD is down 936 students from this time last year, according to Allen.

Arianne Moore, the assistant principal at Martin Elementary, said administrators across the district are going above and beyond to make sure that any and all students who want to learn in the district have the means to do so.

“Our administrative team is putting our feet to the ground,” Moore said. “We are going to the houses and knocking on doors.”

For now, the low level of enrollment and attendance is not impacting the bottom line for districts, but that is temporary.

“The Texas Education Agency is holding all districts harmless for the first half of the school year,” Morath said. “That gives them the time to find all of the students.”

If a dip in enrollment still exists after that, district budgets could take a hit.

“If a district is expecting 20,000 kids and only 19,000 show up, that could create a major budget shortfall,” Morath said, adding that the agency will continue to monitor the enrollment situation for the rest of the year.

Port Arthur ISD Superintendent Mark Porterie said during the town hall that the lack of engagement highlights the shortfalls of not having students in the classroom.

“It is difficult when you have students that are being taught virtually because they are not 100% engaged,” Porterie said. “Trying to ensure that students are engaged all day virtually is difficult and a lot of students cannot learn virtually.”

That led Porterie to say that virtual learning “is not the best way for students to learn in the Port Arthur ISD.”

“Schools need to be open,” he said, adding that students in pre-K and kindergarten are among the largest gaps in attendance so far this year.

In Port Arthur, parents appear to be beginning to agree that the classroom is the best place for students.

In the registration for the next grading period, 1,300 additional parents enrolled for in-person classes in just the first three hours, according to Porterie.

The district leaders called on parents and members of the community to be patient and understanding as the districts continue to navigate education amid an ongoing pandemic.

“We have had a lot of support from the Texas Education Agency,” Allen said. “As we debate the decisions that we make, we know that we are all in this together. It is frustrating on a daily basis, because we are asking people to stretch and grow in a way they do not want to stretch and grow.

“Even though this is hard, we can do hard things.”