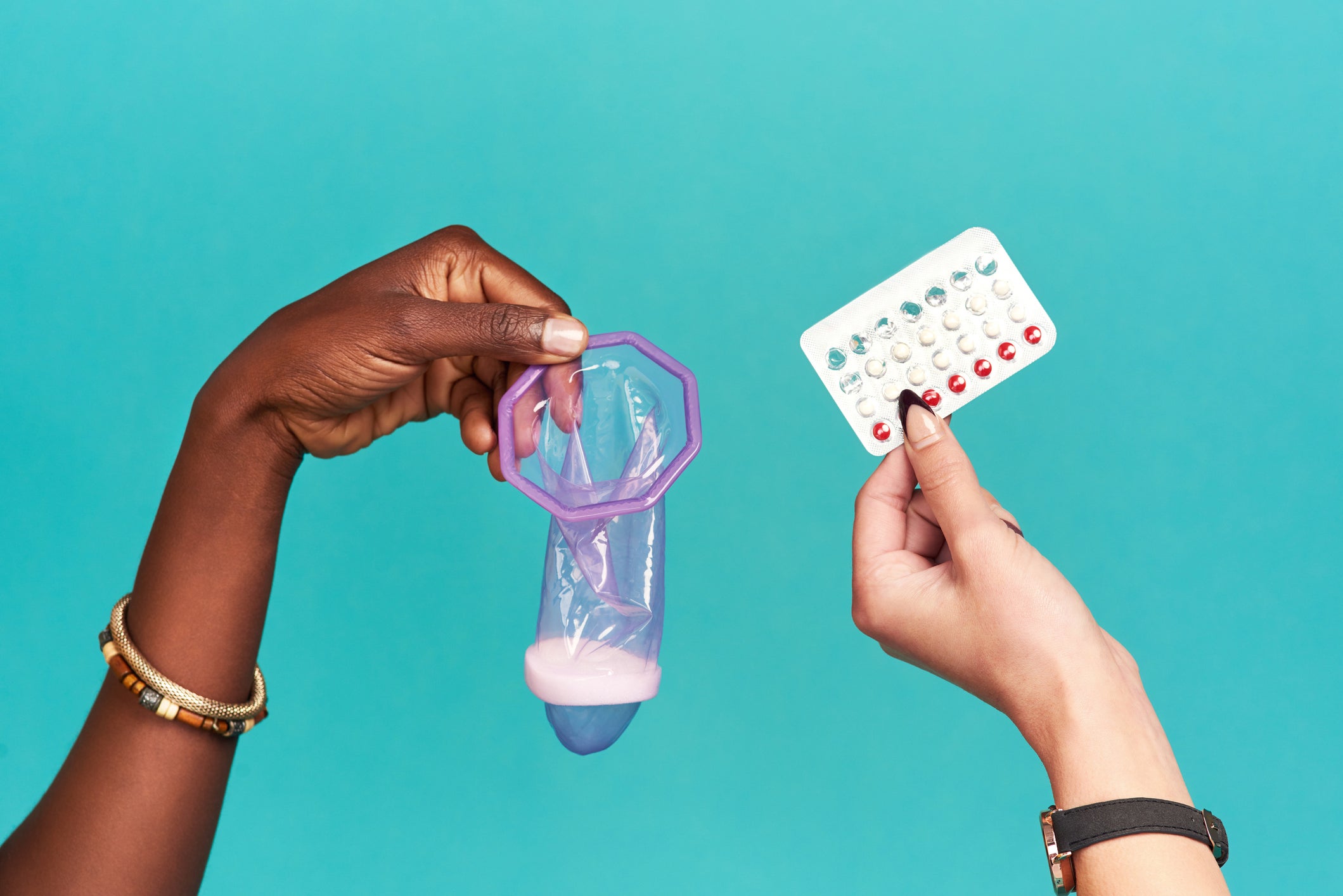 espite the plethora of information about sex on the internet, its prevalence on television and in film, and word of mouth dating back to the beginning of time, the fact remains that conversations about sex are often shrouded in stigma and misconception.

This is particularly pertinent when discussing sexual health education among young people, who may feel embarrassed to ask questions on the subject or do not have access to sexual health and relationships education that is inclusive and up-to-date.

From Monday 14 September to Sunday 20 September, sexual health charity Brook is holding its annual Sexual Health Week with the aim of increasing awareness of the importance of sexual health education.

According to data released by Public Health England earlier this month, there was a 5 per cent increase in STI diagnoses in 2019 in comparison to the previous year. Furthermore, the number of gonorrhoea cases was at its highest since records began in 1918.

On top of that, members of the public have had to navigate drastic changes to their sex lives throughout the coronavirus pandemic, some refraining from engaging in any sexual activity and others, following advice from the Terrence Higgins Trust, having to wear masks and avoid kissing during sex in order to reduce the risk of transmission.

Dr Emma Chan, reproductive and sexual health lead at Sexplain, an organisation that provides in-school workshops about sexual health, explains that from her experience in classrooms, “one of the biggest taboos that frequently crops up around sexual health is the language itself – not having words for sex acts or the bits of their bodies involved that people feel comfortable using”.

Dr Chan explains that often, the words that are used to refer to sex are “also swear words”, which is why open discussions about sex may have negative connotations.

On top of that, many people may be unaware of the correct terminology to use, for example mixing up vagina (“the passageway connecting the outside of the body to the womb”) and vulva (“the name for the external parts of the genitalia in someone with a vagina”). “Not having the correct language for body parts can seriously affect your ability to communicate your sexual health needs, including in health settings,” Dr Chan says.

In addition to feeling comfortable speaking openly about sexual health, it is also essential that if you have a partner, you do not refrain from talking about sex together.

Dr Michael Brady, medical director at HIV and sexual health charity Terrence Higgins Trust, stresses that having these conversations can help “prevent any unwanted surprises when it comes to managing the risk of STIs”, whether your sexual partner is new or not.

“This matters, especially now when many people are having to balance the need for sex and intimacy with the risks of the spread of Covid-19 and the challenges of daily life with lockdown restrictions,” he says.

“Even without the challenges and stresses of a pandemic, sex has always been an awkward topic of conversation, but we want to change that.”

While discussions about sex can be perceived as inappropriate in an everyday setting, this also applies to conversations about STIs. Dr Chan states that if someone tests positive for an STI, this may be regarded as “dirty or shameful”, which can in turn prevent people from seeking out guidance on Sexual Health Services.

“We know that things like confidence and knowledge around using protection and contraception and ability to access Sexual Health Services is the best way of staying healthy. Giving information and modelling it being okay to talk about these issues is the way forward,” the doctor says.

Over the past few months, STI testing has had to adapt in the wake of the coronavirus pandemic. Dr Brady explains that many sexual health clinic services are currently being offered virtually. Therefore, if someone would like to undergo an STI test, “the best and quickest way to get a test is to order one online and get tested at home”, he tells The Independent.

It’s long-been argued that watching pornography can make people develop unrealistic expectations about sex, especially if they are doing so at a young age.

“In educational settings, it feels that discussions around pornography often get conflated with debates around the consumption of pornography – and the morality of this,” she says.

In that case, Dr Chan advises having discussions with young people about pornography so that they can “have a space to explore questions and concerns they may have”.

“For example those relating to issues of sexuality and consent – without feeling judged in the first place,” the doctor states.

The purpose of sex education

When adults recall the sex education they received at school, they will likely remember lessons that focused on procreation and contraception. However, sex education should not only just be about reproduction. And should not be exclusive to learning about heterosexual couples, Dr Chan says.

“Historically, Sex and Relationships Education (SRE) is synonymous with learning ‘how not to get pregnant’. The assumption behind this is that SRE is about penis-in-vagina sex between two heterosexual and cis-gendered people. This very biological view of sex sometimes makes it more ‘acceptable’ to an education setting,” she states.

As Dr Chan points out, many people who are sexually active may never or not always have penis-in-vagina sex, and their reason for having sex won’t just be focused on conception, as “for many people, sex is above all about pleasure”.

“We’ve found that the way forward with this is to use inclusive language at all times, acknowledge that whilst the information we give is interesting it may not be relevant to everyone in the room and also to take a sex-positive approach in delivery at all times,” she says.

Brook, the UK’s leading sexual health and wellbeing charity for young people, tells The Independent that sex education in schools frequently “talks about the ‘mechanics’ of sex but doesn’t do enough to emphasise that sex should be pleasurable for all involved”.

In February last year, the government published new guidance on educating students about LGBT+ relationships in schools, a measure that is to be implemented from September 2020.

The guidance says: “At the point at which schools consider it appropriate to teach their pupils about LGBT, they should ensure that this content is fully integrated into their programmes of study for this area of the curriculum rather than delivered as a standalone unit or lesson.”

Despite the new governmental guidance, speaking openly forms of sex other than penis-in-vagina sex “is still considered difficult”, Brook states.

This may also apply to discussions about individuals with physical and mental disabilities, as some people can “find it uncomfortable” associated disabled people with having sex, the charity outlines. “Sexual and reproductive health is often denied to disabled people because we are uncomfortable with it – the result is those people become vulnerable,” Brook explains.

“There is a nervousness of those working with disabled people about talking about sex and this is understandable, but this is a taboo we could really do with breaking.”

Dr Brady says that while plenty of progress has been made in the fight against HIV – ”with effective treatment meaning people living with HIV can’t pass on the virus and can expect a normal and healthy life” – many people’s attitudes towards the virus have not evolved.

“It’s this stigma which often results in people being fearful of getting an HIV test,” he says.

According to Terrence Higgins Trust, in 2018 it was estimated that approximately 103,800 people in the UK were living with HIV, around 7,500 of which were undiagnosed.

Through Dr Chan’s experience of educating students about sexual health in the classroom, she has found that young people often feel uneasy when discussions about body image arise.

The Sexplain expert explains that it is “really important to tackle discomfort people have around body image”, so that they do not fall under the assumption that a vulva or penis is supposed to look a certain way.

“We often get instinctive ‘yucks’ from students when we introduce content on periods, vaginal discharge and childbirth,” Dr Chan says.

“In anatomy classes, we spend a lot of time discussing the different parts of vulvas (sometimes a word that will be new to the students) and what their normal, healthy function is. There’s often a lot of giggling, genuine surprise and sometimes displays of disgust when we talk about inner labia that protrude and are visible, for example –  something which is completely normal and very common.”

For that reason, Dr Chan believes it is important to deliver “evidence-based information” to young people emphasising that variation in the way bodies look is “the actual ‘normal’.”