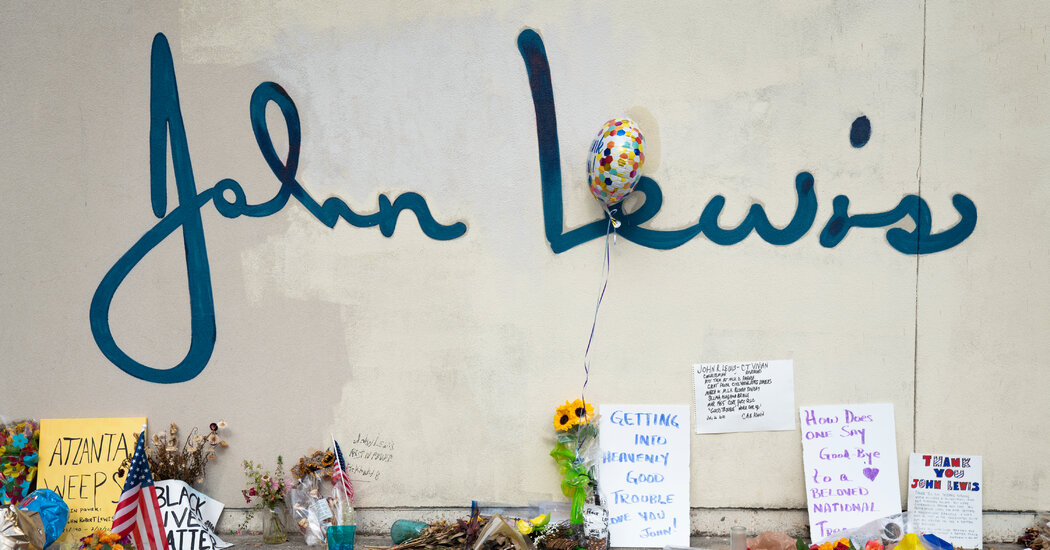 John Lewis’s tenure representing Georgia’s Fifth Congressional District spanned 33 years. His successor, at the most, can lay claim to the office for 97 days.

Still, seven candidates are running in a special election on Tuesday to serve out the remainder of Mr. Lewis’s term representing a district that covers parts of Atlanta and spreads into the suburbs.

Mr. Lewis, a pioneering figure in the civil rights movement who was regarded by colleagues as the “conscience of Congress,” died on July 17 of pancreatic cancer after holding his House seat for 17 terms.

The contenders in Tuesday’s election, with a mixed-party ballot, include five Democrats, one independent and a Libertarian. None of the candidates are on the November ballot that will decide who will be sworn into office in January for a full two-year term.

The process to replace Mr. Lewis was set in motion within hours of his death, as Gov. Brian Kemp of Georgia, a Republican, called for a special election and as Democratic Party officials had to rush to find a replacement for the general election in November. The state party quickly opened up applications for possible candidates, drawing 131 submissions over a weekend.

Nikema Williams, a state senator, was selected to take Mr. Lewis’s place in a Congressional race that has been one of the most reliable for Democrats. (Mr. Lewis won at least 70 percent of the vote in all but one of his re-election bids.)

Ms. Williams, who opted against running in the special election, will face the Republican nominee, Angela Stanton-King, an author and reality-television personality. Ms. Stanton-King had been pardoned by President Trump this year of her conviction for her role in a stolen-car ring.

Among those running on Tuesday are Barrington Martin II, a special-education teacher who mounted a failed primary challenge to Mr. Lewis in June, and Robert M. Franklin Jr., a scholar of theology and the former president of Morehouse College in Atlanta who was among the finalists considered for the November ballot.

The other candidates are Kwanza Hall, a Democrat and former Atlanta city councilman; Steven Muhammad, a minister and activist running as an independent; Chase Oliver, a Libertarian; Mable Thomas, a Democratic state legislator known as “Able Mable”; and Keisha Sean Waites, a former Democratic state representative.

If no single candidate claims a majority of the votes on Tuesday, the top two contenders will advance to a runoff on Dec. 1 to finish out a term that ends on Jan. 3.