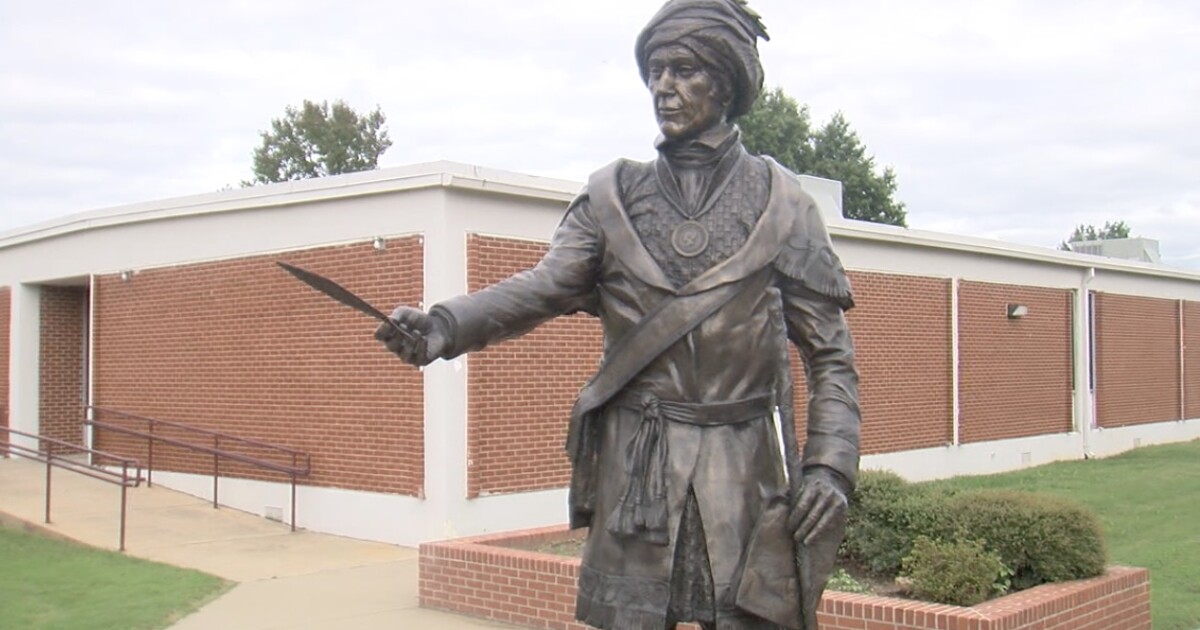 Asa Robbins wishes she was spending her senior year at Sequoyah High School with her friends. Instead, she’s learning online at home. But, she’s hoping to change that.

“Everyone’s home life is different, and we feel like some students are struggling right now through online school,” Robbins said. “They need that teacher interaction and peer involvement, and we are missing that in virtual learning. And we are struggling and we are failing because of it.”

Thursday, Robbins, who is the student council president, and others are protesting Cherokee Nation, which operates the school. She’s asking to move to a hybrid model so students can learn in-person at least part of the time.

“It’s not just the students we’re trying to keep safe, which is important, it’s the community’s in which they live in,” Hoskin said. “Where do they live? They live in communities with elders, other folks in the community that are vulnerable because of health conditions.”

The high school started the first two weeks of school in-person, but only one grade went each day.

Robbins said the days she did go, she felt safe. She said temperatures were taken, hand sanitizer was distributed and everyone wore a mask.

“We did not take them off, only to eat,” Robbins said. “And when we ate, we ate in our classrooms and we were spaced six-feet apart. We also had plexiglass in-between us.”

However, Hoskin said interaction in a school setting would make it difficult to keep everyone safe.

In a letter to parents, he said the Bureau of Indian Education, which funds the high school, is also providing funding for things like technology, new online software and hiring additional help for students.

He said he’s following guidance from the White House Coronavirus Task Force and the Oklahoma State School Board Association.

“It’s a failure of leadership of this state not to have the entire state doing this,” Hoskin said. “But I’m not the governor of the state of Oklahoma. But I am the chief of the Cherokee Nation. And so, as long as the spread of COVID dictates that we keep people safe by using technology, keeping people away from crowding together, we’re going to do that.”

The protest starts at 10 a.m. outside the Cherokee Nation headquarters in Tahlequah.

Robbins said, regardless of what happens, she hopes the protest will improve communication between Cherokee Nation and Sequoyah students.

Stay in touch with us anytime, anywhere —