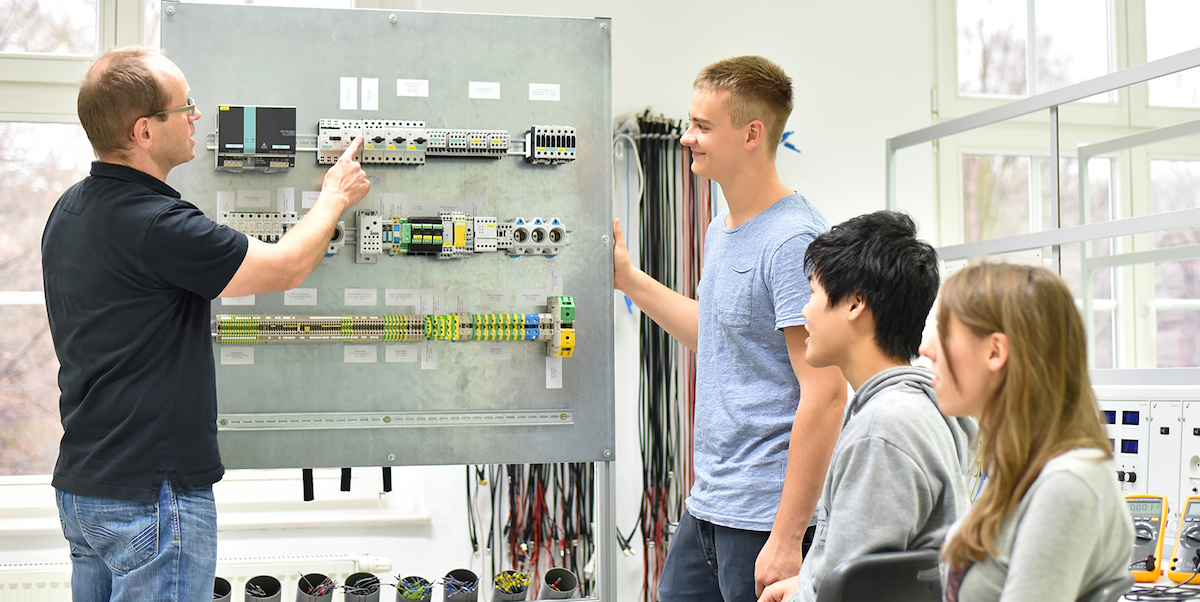 There are articles every day in the trade magazines describing the new digital programs that will revolutionize manufacturing. They are all about bringing digital technology to the shop floor to increase productivity. According to the experts, everybody should be on the Industry 4.0 bandwagon today, or they will be left in the dust.

The articles also say that adopting these advanced technologies will require high-skilled workers who can use the new technologies in their work on the shop floor. But in the rush to adopt the new digital technologies, nobody seems to want to address the big question—where will these highly skilled workers come from and where are the advanced training programs that will teach them the new skills during a skills gap?

I began following the skills gap in 1990 when I read the report America’s Choice: High Skills or Low Wages? The report made the case that manufacturing could no longer count on just hiring people for manual jobs or who had the necessary skill sets, but only “5% of employers in their survey were concerned about a skills shortage.” Their conclusion was “What we are facing is an economic cliff of sorts, and the front-line working people of America are about to fall off it”. That is where manufacturing is today and people are falling off the cliff.

A 2003 report, “Keeping America Competitive,” published by Deloitte and the Manufacturing Institute said, “The baby boomers’ generation of skilled workers will be retired within 15 to 20 years. Currently the only source of new skilled workers is from immigration. The result is a projected need for 10 million new skilled workers by 2020.”

The report went on to say, “The potential exists that manufacturing will increasingly move production operations overseas to seek the technological talent—if they cannot find this talent here.”

Well, the 2003 report was prophetic in that the baby boomers did retire and the Fortune 500 corporations did outsource millions of jobs. A subsequent report in 2005 said, “It is believed that U.S. manufacturing companies will advance toward their goal of building high-performance workforce by taking a longer-term investment view of the value of training and development”. But U.S. manufacturing companies did not make the big investment needed in apprentice training that would produce the high skilled workers they need.

A 2018 a study by Deloitte and the Manufacturing Institute showed that “as recently as August 2018, there were 508,000 open jobs in U.S. manufacturing” and this crisis is projected to reach 2.4 million unfilled jobs by 2028. The 2018 study is the sixth survey in the last 30 years that has carefully documented the manufacturing job shortages and the inability of America’s flagship corporations to invest in the kinds of advanced training that would solve the problem. Instead, they opted for the short-term solutions of relying on immigration, outsourcing and automation, but not in advanced training.

Despite all of the studies, manufacturing simply didn’t react from 1990 to 2018 with training for the skills needed, and are now faced with the 4th Industrial Revolution and need workers who understand robots, automation, artificial intelligence, machine learning, the Internet of Things, and a host of other new digital technologies.The 2018 skills gap report defines five skills that are needed—digital skills, technology and computer skills, programming for robots and automation, working with tools and techniques, and critical thinking—but it doesn’t say how workers will get these skills.

American manufacturing is faced with two different problems. The first is attracting new people into the industry, and the second is investing in training programs to give them the needed skills.

Attracting People into the Industry

The Manufacturing Institute surveyed its members and found that the three top reasons for our current skill shortage are:

1. The negative perception by the public of the manufacturing industry (45%)

The negative perception is driven by two factors—outsourcing of jobs and automation. It will be difficult to do anything about the perception problem because America’s flagship corporations continue to outsource jobs and close U.S. plants. They also are committed to automation to eliminate labor, which many people view as an effort to eliminate white and blue-collar jobs. So, job security is a big issue, and all of the Manufacturing Day events and high school visits won’t change people’s perceptions unless the companies can do something about job security

The problem of the retirement of baby boomers has been known for many years. In the next 10 years, 2.6 million baby boomers are expected to retire from their manufacturing jobs. Since the coming retirements were ignored, there’s little that manufacturers can do now to stop these retirements, except train new workers.

Employers have also tried signing bonuses to attract skilled people, but they don’t seem to acknowledge the fact that there are few skilled people to hire. They are going to have to accept the fact that they must create this new skilled work force, and the only viable alternative is to focus on investing in advanced training needed for these highly skilled jobs.

But this would require a massive investment in advanced training, and many companies think it should be a public/private investment where the government contributes a lot of the money. The 2018 skills gap report said that apprentice training “has shown to be a promising pathway for many skilled jobs” and “the government and manufacturers together can fund the education and apprenticeship programs to develop a job-ready stream of qualified workers.” This is important because it is the first time that a survey on the skills gap identified the type of training that is needed, which is training that takes thousands of hours, not hundreds of hours.

In 2017, the Trump administration developed a plan to create 100,000 new jobs with apprentice training. It is called the Industry Recognized Apprenticeship Program (IRAP) and the goal is to establish an industry-recognized system of apprenticeships, which would exist in parallel with the existing federally recognized apprenticeship program. The program is supposed to develop and expand apprenticeships through partnerships with companies that provide matching funds. But, according to a June 2019 article in Politico, “Two years after President Donald Trump signed an executive order that he said would create apprenticeships for millions of our citizens, not a single apprenticeship program has been created under his program, nor a single person trained.  So far, the industry/government partnership isn’t working.

In the last 40 years, most of the manual and repetitive jobs have been replaced by automation; i.e. robots, cobots, palletizer’s, artificial intelligence and a wide variety of packaging machines. The simple jobs requiring little education and training are pretty much a thing of the past. What is needed today in manufacturing are highly skilled workers like machinists, fabricators, and maintenance people who can troubleshoot repair, and maintain all of this automated equipment. To train these kinds of highly skilled workers isn’t going to happen with a couple of months of on-the-job training or a few classes at the community college. What is needed are apprenticeship programs like the journeyman machinist programs, which take approximately 2 to 4 years to complete.

We have been talking about the skills gap and apprentice training for 30 years with very little progress. A White House fact sheet in 2015 said, “If the U.S. had as many apprentices per capita as Germany, we would have 7 million apprentices”.

Since manufacturing has made very little headway in apprentice training for machinists, fabricators, maintenance people, mechatronics and other journeyman level jobs, I asked myself, just how will all of these workers also be trained in advanced digital technologies?

So, I repeat, with the new stampede to use digital solutions, where will the people who can operate, troubleshoot, repair and maintain these digital systems come from? It appears that we have the proverbial cart before the horse again.

Michael Collins is the author of Saving American Manufacturing and can be reached at mpcmgt.com.