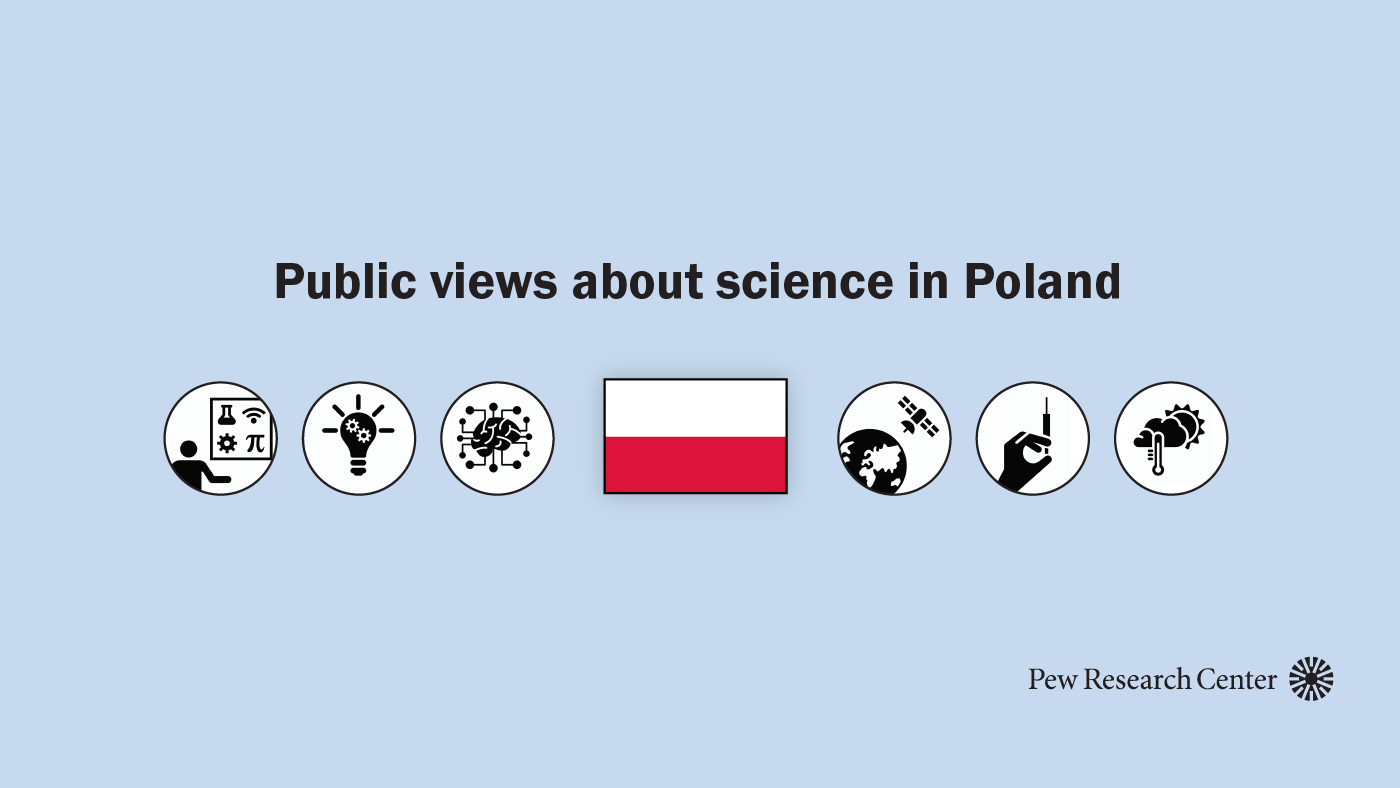 This roundup of findings shows public views about science-related issues and the role of science in Polish society. The findings come from a Pew Research Center survey conducted across 20 publics in Europe, the Asia-Pacific, Russia, the U.S., Canada and Brazil from October 2019 to March 2020. 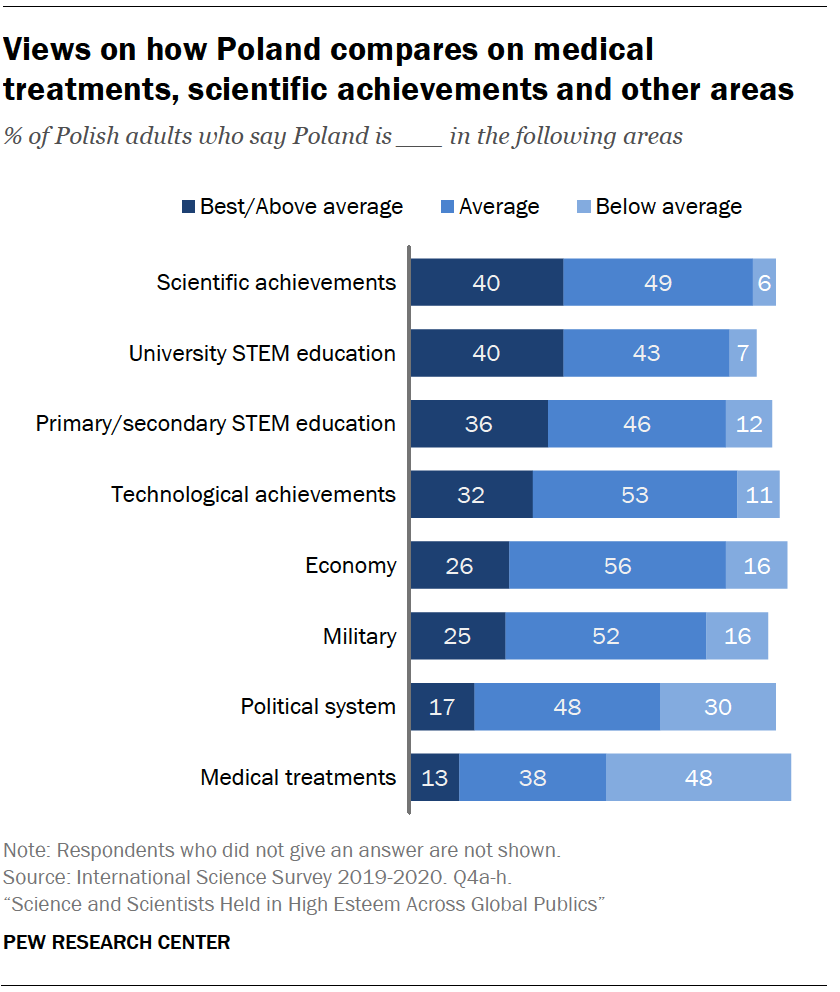 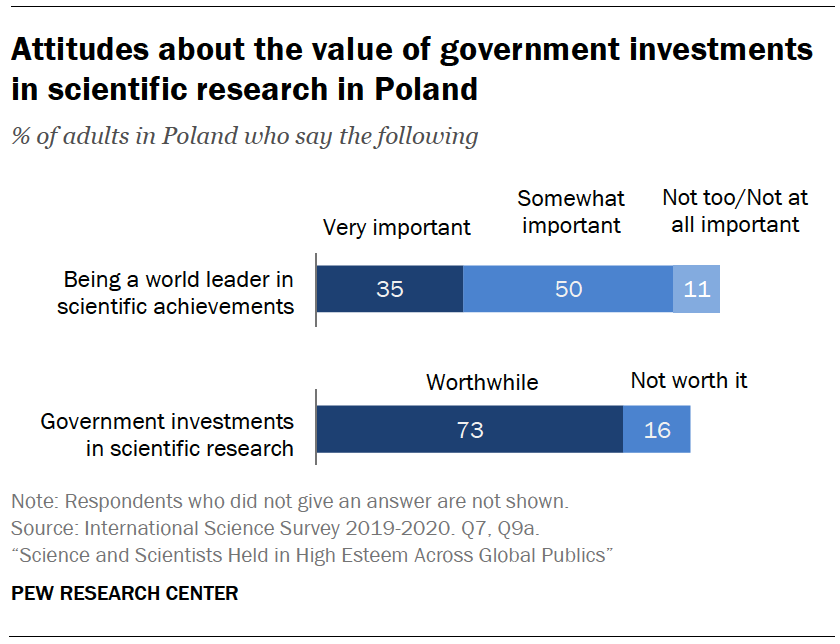 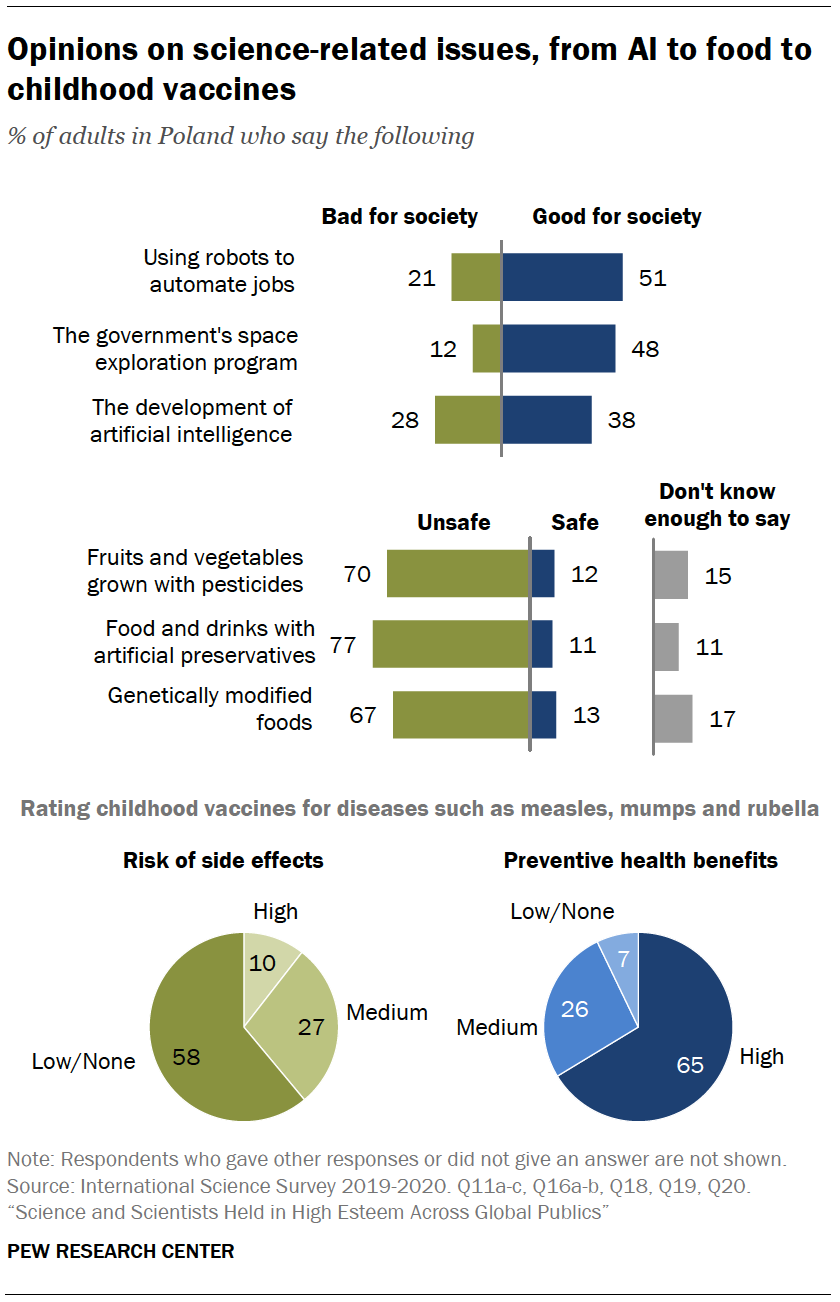 When it comes to childhood vaccines such as the measles, mumps and rubella (MMR) vaccine, a median of 61% says the preventive health benefits of such vaccines are high, and a median of 55% thinks there is no or only a low risk of side effects. About two-thirds in Poland (65%) say the preventive health benefits from the MMR vaccine are high; 58% rate the risk of side effects from the MMR vaccine as low or none.

Views on climate and the environment in Poland 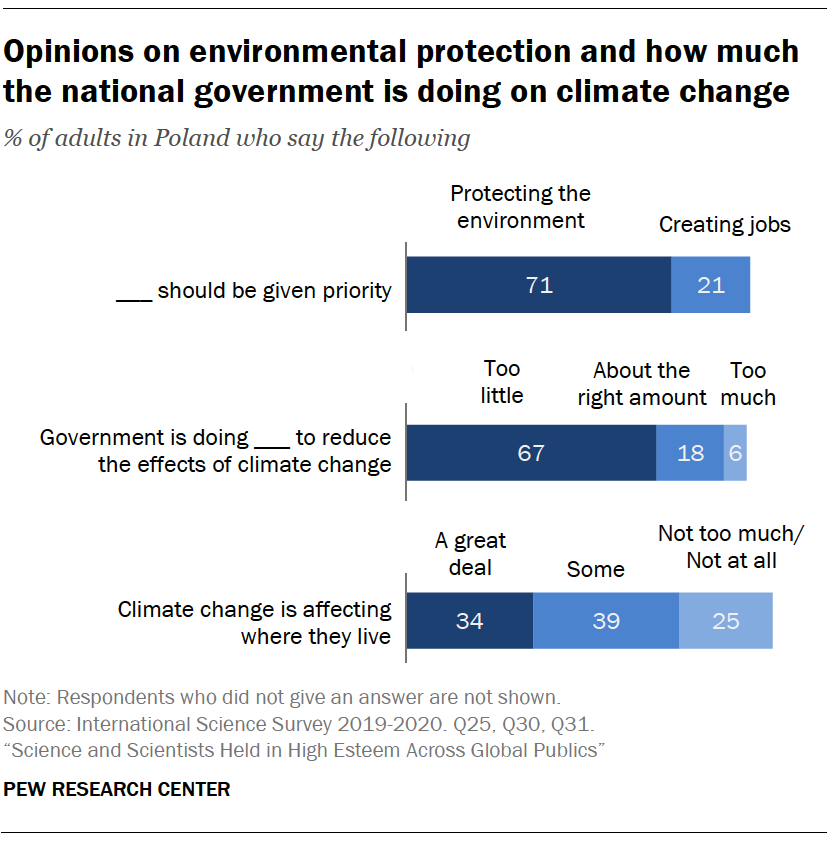