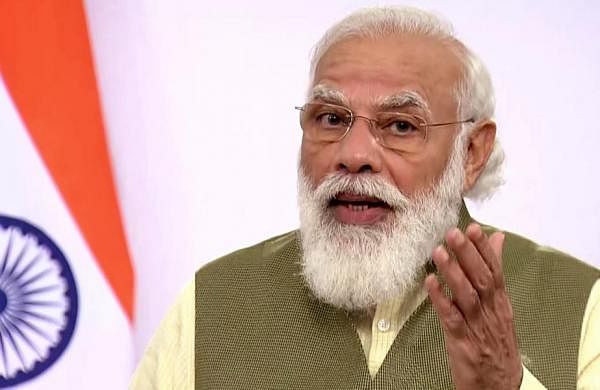 With its vibrant democracy, political stability and business-friendly policies, India offers an unparalleled investment destination for foreign investors in the field of agriculture, manufacturing and education, he said in his keynote address to the ‘Invest India 2020’ meeting through video conferencing.

The conference is being organised with a special focus on further strengthening business ties between India and Canada. The forum aims to give Canadian business community a first-hand perspective of the opportunities to invest in India and showcase the country as an investment destination.

Referring to the coronavirus pandemic, Modi said, “India has adopted a unique approach posed by the COVID-19 pandemic. We have given relief and stimulus package for the poor and the small businesses. We have also used this opportunity to undertake structural reforms.These reforms ensure more productivity and prosperity.”

India has been playing the role of pharmacy to the world, he said, adding the country has provided medicines to around 150 countries so far. The India story is strong today and will become stronger tomorrow, the prime minister said.

He added that the government has significantly liberalised the FDI norms and created a tax friendly regime for sovereign wealth and pension funds. “We are proactively monetising assets across sectors — airports, railways, highways, power transmission lines, etc. Real Estate Investment Trusts (REITs) and Infrastructure Investment Trusts (InvITs) have been fully enabled for monetisation of assets,” the prime minister said.

He said the continuing confidence of global investor community in India is seen by the fact that FDI into the country went up by 20 per cent in 2019, and this when global FDI inflows fell by 1 per cent. “India has already received over 20 billion USD during the first 6 months of this year from across the globe. This is also the time when COVID-19 has been at peak globally,” he pointed out.

Modi said India was undergoing a rapid change in mindset as well as markets, adding that the country has embarked on a journey of deregulation and decriminalisation of various offences under the Companies Act.

Elaborating on the ‘trinity of reforms’ in education, labour and agriculture sectors undertaken by the government recently, the prime minister said they will ensure greater participation of the private sector while strengthening the government’s safety nets.

Modi said that these reforms will lead to a win-win situation for entrepreneurs as well as hard-working people. “The reforms in the labour laws greatly reduce the number of labour codes. They are both employee and employer friendly and will further increase ease of doing business. The reforms in the field of agriculture are far-reaching. They will not only give more choice to farmers but will boost exports,” he said.

He added that these reforms will support the efforts to build an ‘Aatmanirbhar Bharat’ or self-reliant India. “By working towards self-reliance we seek to contribute to global good and prosperity,” Modi said.

The prime minister said that the reforms in the field of education will further harness the talent of the youth and also set the stage for more foreign universities to be able to come to India.

He further said India-Canada bilateral ties are driven by shared democratic values and many common interests, adding that “the trade and investment linkages between us are integral to our multifaceted relationship”.

Observing that Canada is home to some of the largest and most experienced infrastructure investors, Modi said Canadian pension funds were the first ones to start investing in India and many of them have already discovered great opportunities in a range of areas like highways, airports and logistics.

Last month, Parliament approved three key labour bills that remove impediments for winding up of companies and allow firing of staff without government permission in firms with up to 300 workers. The Code on Wages 2019 was passed by Parliament last year.

The government has also brought significant reforms in the farm sector in the last six months, including giving freedom to farmers to sell their produce anywhere in the country outside mandis. Canada is the 20th largest foreign investor in India and more than 600 Canadian companies have presence in the country.

Canadian pension funds have pledged around USD 50 billion as investment in India till now.