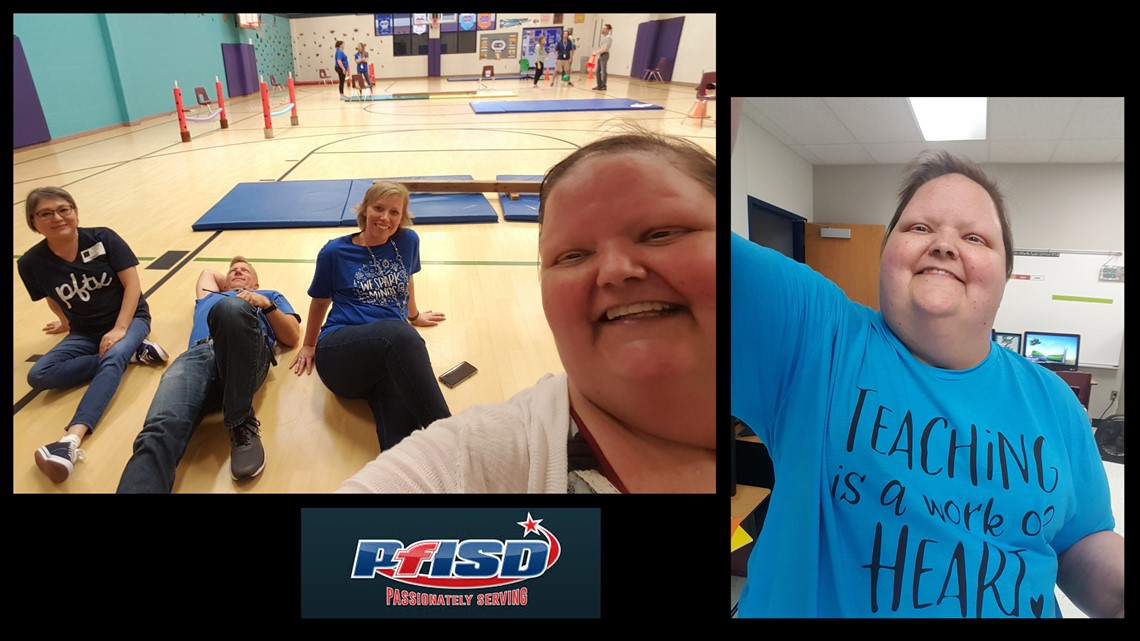 The longtime Pflugerville special education teacher was laid to rest after a four-year battle with esophageal cancer.

PFLUGERVILLE, Texas — A longtime Pflugerville ISD teacher sadly lost her battle to cancer but her name is now in running to be the namesake of Pflugerville Independent School District’s Elementary 22.

“We had gotten the diagnosis news back in 2016 in October,” said Jessica’s husband, Aaron Carpenter.

It was a diagnosis that no husband wants to hear: his wife of over a decade had Stage IV esophageal cancer.

“[Jessica] went through and did treatment on a continual basis, chemotherapy, immunotherapy and some radiation,” said Aaron Carpenter.

Doctors told the couple that she had only three months to live but they were wrong.

The teacher of 20 years continued to pour into her students at Brookhollow Elementary for four more years, all while fighting cancer. While at Brookhollow for over 16 years, Jessica Carpenter taught special education and left a lasting impression not only on her students, but for parents like Tony Hanson.

“If she knew you were in the building, she’s going to make sure to seek you out and just have those encouraging conversations,” said Hanson. “She didn’t have to say anything, knowing what she was going through was enough to encourage somebody else because you saw her standing there.”

Jessica Carpenter lost her four-year battle to cancer on Sept. 10, but even on her death bed, she showed her dedication to her students.

“She worked up through the Friday before Labor Day, just before she had passed away,” said Aaron Carpenter.

Just four days before she died, the elementary teacher sent her students a letter encouraging them to invest in themselves and to continue to write their own story.

“In fact, even in her last week, she was very much like the oracle,” said Aaron Carpenter. “She would meet with people one-on-one, have private conversations, tell them the things that they needed to know and to give advice.”

Throughout her career, Jessica Carpenter received numerous accolades, including Pflugerville ISD 2011-2012 Teacher of the Year. She also received the Pflugerville Education Foundation Grant for her innovations of bringing technology into the classroom.

As Aaron Carpenter laid his wife to rest Sunday, he encouraged everyone to continue to pour into one another.

“She would just want each of us to go through and make sure that we’re kind of living by that same code of investing in other people, getting them what they need and making sure that there is equality and access to education and healthcare,” said Aaron Carpenter.

Elementary 22 is scheduled to be completed in fall 2021. Pflugerville ISD closed its naming survey on Sept. 17. The district has not released who Elementary 22 will be named after.