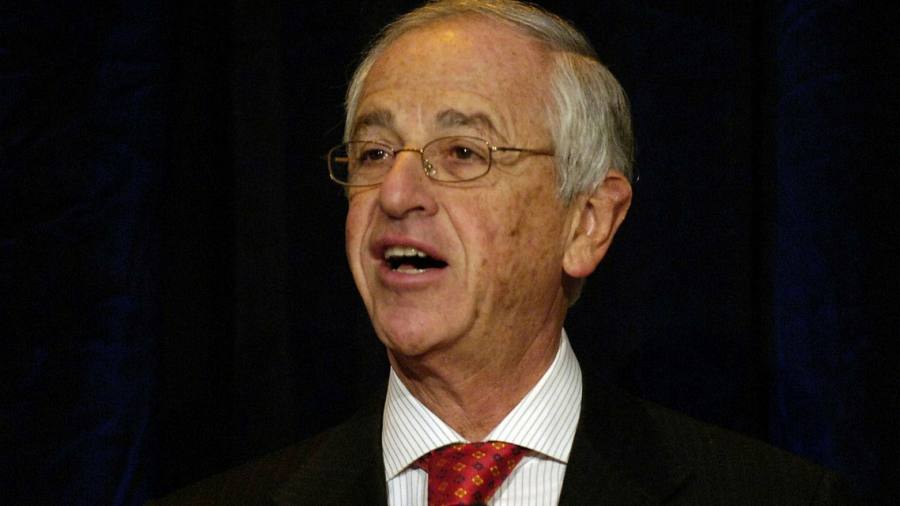 The past five years have been marked by disappointments, poor sales growth and erosion in margins and market share in the US, where Pearson makes two-thirds of its sales.

On Wednesday, the group will update the market on the third quarter, which will include a flavour of the impact of Covid-19 on the academic year.

Shareholders worry whether Mr Fallon will guide profit expectations down again. They fret that Mr Taurel left Mr Fallon in charge for too long and question whether he should be allowed to stay as chairman for much longer.

The final straw is the hulking pay package extracted by Andy Bird, a former director of Disney who steps into Mr Fallon’s shoes next Monday. He will be paid as much as $18m in total, including pension substitutes, incentive plans and a co-investment scheme. And he also has the use of an apartment in Manhattan. It chimes poorly at a time of widespread uncertainty and job losses and when Pearson’s revenues and profits continue to be squeezed. A third of investors logged their opposition to the deal at the company’s annual shareholder shindig last month.

Mr Bird may yet turn Pearson into a story worth reading. But as Barclays’ analysts say, it would be surprising if a turnround cost nothing. Mr Taurel shouldn’t bank on being along for the ride. Mr Bird earned a lot more before leaving Disney in 2018, and Mr Taurel clearly thought a Bird in the hand was worth the bill. But the job of chairman is not just to say “yes” but also to ensure there are stringent checks. As one investor points out: “If the chairman can’t say ‘no’ to the chief executive, what’s the point.”

Not Now, Bank of England! When it comes to negative interest rates, UK banks are behaving like the parents in the story book Not Now, Bernard, preferring to ignore the monster on the doorstep. The Bank of England isn’t going to let them, writes Cat Rutter Pooley. Prudential Regulation Authority boss Sam Woods is insisting the top brass tell him how tricky negative rates would be. They already have coronavirus loan losses, a faltering economy and miserable margins to deal with.

Mr Woods is only asking about operational issues. He wants to find the technical gremlins ahead of time. But by far the bigger issue is net interest income and profitability. Negative rates will gobble up profits, just as the monster munched Bernard.

The extent of the pain is almost impossible to gauge. While banks spell out how sensitive they are to rate changes, those calculations generally assume rates are positive.

Analyst estimates of who would be affected and by how much differ. HSBC has Asia. That is an important hedge against UK uncertainty. NatWest, Lloyds and Barclays have more at stake.

Of the three, NatWest looks most exposed. Barclays has its investment bank. Lloyds has insurance. NatWest meanwhile has slim profitability to start with and counts heavily on current account deposits for its funding. Evidence from Europe shows there is only so much banks can charge customers for holding their cash. That means margins will suffer.

The Bank of England’s base rate is at present set at 0.1 per cent. John Cronin of Goodbody reckons a 0.25 percentage point cut could cost NatWest 10 per cent in lost earnings in 2022. Longer term, RBC analyst Benjamin Toms puts the hit to NatWest pre-tax profits at 9 per cent from a 0.15 percentage point cut; 26 per cent if rates were to fall to minus 0.5 per cent.

Smaller banks and specialist lenders are potentially better placed. They generally offer higher rates on deposits, meaning they have more room to chop when the bank’s rate falls. Close Brothers and Paragon would come off best from a rate cut, says Mr Toms.

Lloyds, Barclays and Virgin Money all trade at 0.3 times book value; RBS at 0.4 times. The shares have all fallen at least 40 per cent so far this year. It makes them look cheap. But there are very clear reasons why potential investors should say to themselves: “Not now.”