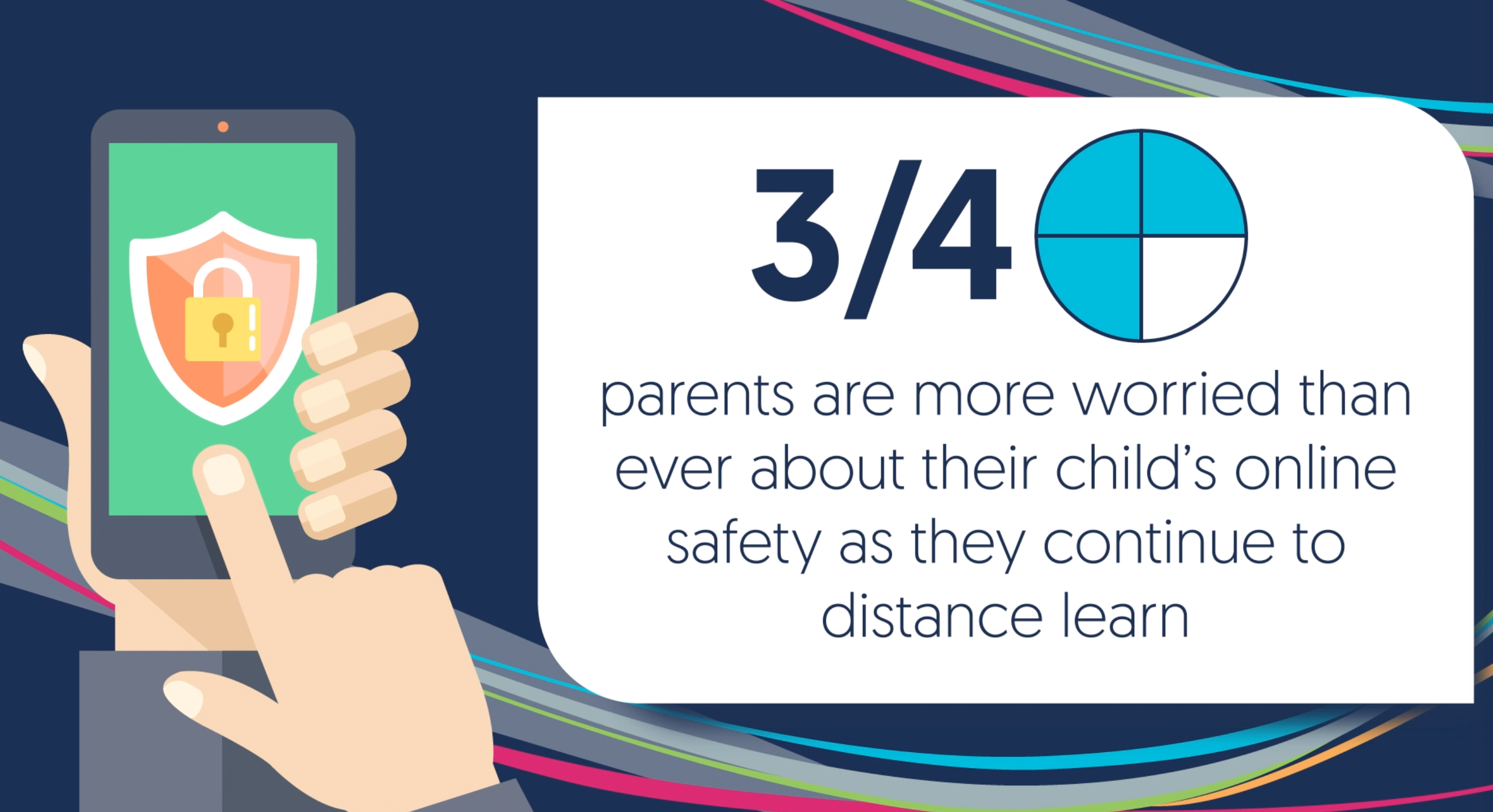 Three-quarters of American parents are more worried than ever about their child’s online safety — due to distance learning, according to new research.

As children return to their classrooms virtually, the survey asked 2,000 American parents of school-aged children about the learning curves they’re experiencing alongside their children this school year and the worries that come with them.

Results revealed 76% of respondents are worried about their child’s online safety while distance learning – with 41% strongly agreeing with this sentiment.

Commissioned by Lightspeed Systems, which offers online safety and analytics solutions, and conducted by OnePoll, the survey found 84% of parents whose child uses a school-issued device for distance learning (approximately 1,000 respondents) have had to learn how to use it alongside their child.

On top of this, eight in 10 of all parents surveyed shared they’ve felt an increased pressure to make sure their child is as successful as possible at school while they continue distance learning.

Half of parents surveyed said their top worry for their child’s online safety is potentially receiving messages from strangers asking for inappropriate content.

Another 46% of respondents are worried their child might meet a stranger online.

With all of these potential dangers lurking on the web, six in 10 parents surveyed worry they don’t have enough time in the day to monitor their child’s online activity while they distance learn.

Three-quarters of respondents whose child uses a school-issued device for distance learning said the top way they monitor their child’s online activity is simply asking their child to show them what they’re doing.

“It’s important for students to be kept safe and secure while using the internet,” said Brian Thomas, CEO, Lightspeed Systems. “Our online safety and analytics platform uses advanced AI to monitor and analyze activity across the web for signs of self-harm, suicide, cyberbullying and other concerning behaviors.

“When a potential threat is spotted, real-time alerts are sent to designated personnel, providing screenshots and other important information to drive appropriate intervention.”

Another 74% of these parents shared they monitor their child’s browser history and six in 10 utilize parental controls.

With all of these concerns, just over six in 10 respondents said they want to have an open conversation with their child about their internet safety – but they worry their child won’t take them seriously.

“Parent communication is key — it’s important for them to be in the know about what their child is doing online, sites they’ve visited and more,” Thomas said. “That’s why we provide weekly summaries of online activity to parents.”