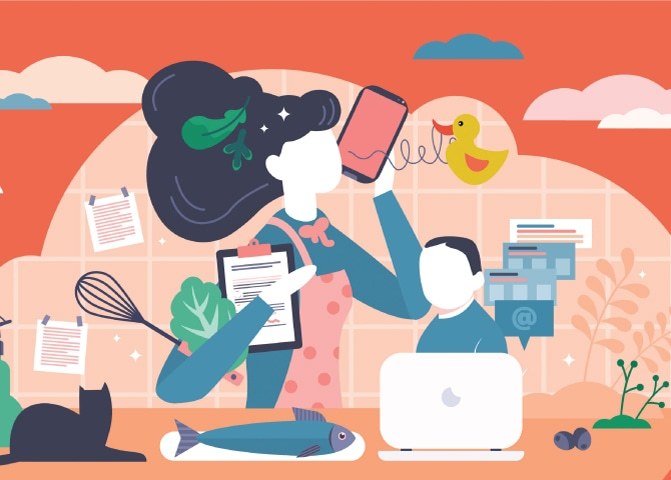 A dingy desk light and the glow of the screen remain the only source of light, hope and warmth on the cold interrogation table. The suspect, unfazed and calm, gazes at the photographic evidence I present from the scene of the crime. Tuesday, September 8, I say, showing him a surveillance tape that clearly shows the events unfolding on that unfortunate day.

The detainee, a two-foot, 40 lb, pale-skinned fellow in a yellow polo refuses to cooperate. Already well aware of the Miranda warning, he has opted to practise ‘his right to remain silent’ on the subject. But I know he knows what happened that day on the lake. And all I need is a quick confession out of him to wrap up the case.

The recorder light blinks, mocking each one of my failed attempts.

So I try a different tactic. The clock is ticking, and I can feel the pressure from higher authorities that demand that the record be set straight. Direct orders that the witness declare in an audio statement the truth of the matter asserted. Simply put, affirm the correct number of ducklings that returned from the lake at the quacking of their mother in an audio recording and submit on the Seesaw app by 9 pm.

What began as a simple virtual school session on a Monday morning on a brightly lit kitchen countertop with an iPad to count the number of ducklings who go swimming over the lake, has turned into a time-crunch interrogation for a confession, that has led one of us to break down and cry tears of agony.

It is not the suspect.

It is at this point that the man who has called dibs on being the perpetual good-cop walks in. He’s a people pleaser and, within seconds, the detainee is a free man — or child.

There will be no homework submissions on the Seesaw app tonight.

Online learning — the new method in education that decided parenting wasn’t hard enough and decided to make it a little more … challenging. It is also the method that brings us one step closer to fulfilling the prophecy of inflated, screen-glued humans Pixar predicted we’d evolve into, 800 years in the future, in their animated movie, Wall-E.

However online learning has led to a lot of learning — ironically more for parents and teachers than for the child himself. Apart from perfecting my cursive, I and others like me are now novice interrogators and the new personal assistants. Tech savvy, digitally advanced, and upgraded to be cool enough to schedule Zoom meetings, make minutes and submit documents and images on applications like Seesaw and Google Classroom at the end of each session. We even do milkshake runs, grab a fresh change of clothes if our employer accidentally spills beverage mid-conference. We pick up the phone and find ourselves uttering the words, “I’m sorry. He’s in a meeting right now. Can I take a message?”

And, in the case of a particularly groggy pre-schooler, some of us go the extra mile and, as per instruction, wake and brief boss baby five minutes before their meeting. In a futuristic Jetson-inspired move, swift movements of almost mechanical arms change him to his business attire, brush his hair and get him to sit up against fluffed up pillows, just in time to take his first incoming morning call with his teacher from the comfort of his Paw Patrol bed.

Overworked and underpaid parents of the Covid-19 era also part-time as interns, tech support, the photocopy guy and lunch lady, while also performing janitorial duties. On many unfortunate but not-so-rare occasions, they also chase their child like paparazzi, hoping to catch their opinion on a subject of utmost importance — like the life cycle of a butterfly.

Nevertheless, online learning does seem to have one tiny perk. Commuting at eight in the morning is now a breeze. Pick-up and drop-offs are a thing of the past. Students just roll over in bed and, boom, they’re in class with a bunch of other middle-schoolers who don’t raise the bar too high and log in yawning in their pajamas to compete for the title of the coolest Zoom virtual background, while pretending they can’t hear the teacher. It is also the reason why some schools have decided to make uniforms mandatory for students as they attend classes online.

As for pre-schoolers, did you know that four out of five kindergarteners prefer to take their Zoom conference with their tiny toes cozily tucked under a duvet? One out of eight would rather be snoozing under their duvet. While these stats may not be backed by empirical data, based on my loosely extensive three-week observation with a total of six online classes, I believe it is safe to say, it’s probably true. Like Snow White’s seven dwarfs, the children in my son’s session gracefully play the parts of Sleepy, Grumpy, Sneezy, Bashful, Happy, Dopey and Doc as they virtually surround their Snow White.

Teachers are now given hours of access to rotating fans, empty seats, private tours of playrooms, close up of pets and visuals of foreheads, ears and right up an eager toddler’s nose. Children it seems are strong advocates of a full disclosure policy, and believe in transparent and honest sharing of information with an intention of promoting deeper trust, respect, and integrity in the student-teacher relationship. Even if this includes proudly displaying their new pet ‘dust bunny’, which dwells behind the recliner — a ‘pet’ their mother had cleverly convinced them was a ‘real bunny’ because they just wouldn’t stop begging for a puppy.

Not willing to be responsible for or eager to clean up after another living thing, she had naively assumed this conveniently found creature would get them off her back. In any case, incidents such as these should act as a warning, and reinforce the decree that these little humans should never be left unattended with your devices. Other consequences of such a callous attitude may result in sticky jam-covered iPads, disabled iPhones, a gallery full of screengrabs fresh from the session, and over 200 close-up shots of said ‘pet.’

It is when the ‘Insufficient Storage’ notifications coerce you into deleting these images that you will stumble across a rare gem. A 95-second clip of your progeny singing the verses of ‘Five Little Ducklings’ — complete with the answers you had so desperately sought. Despite what the ever-increasing number of incomplete assignments on the app indicates, it seems, in the real world, these resilient kids will do just fine.