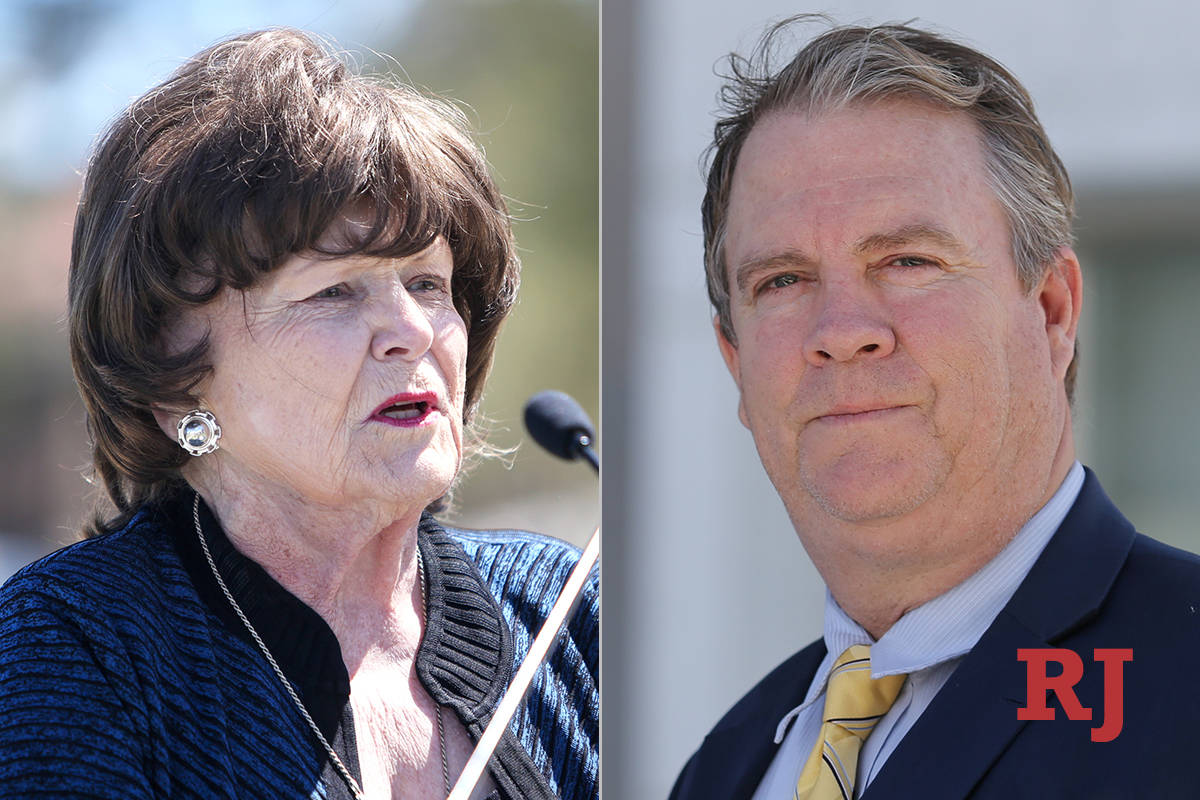 Tarkanian served for 14 years on the Las Vegas City Council until June 2019. She was also previously a Clark County School Board trustee for 12 years and spent time as board president. And she was married to popular UNLV basketball coach Jerry Tarkanian until his death in 2015.

Tarkanian wasn’t available to comment for this story, despite several Review-Journal attempts via phone and email since July.

Whipple, an attorney and partner with Justice Law Center, previously served on the Board of Regents from 2003 to 2008 — two of those years as chairman — and lost his seat during the 2008 election. He’s part of a fourth-generation Nevada ranching family.

Whipple told the Review-Journal in late August his past accomplishments on the Board of Regents include implementing common course numbering, and his work as chairman of a technology committee that saved the state millions of dollars by implementing the same online system for all colleges and universities used for functions such as admissions and financial aid.

As for the system’s $137.8 million in state budget cuts spurred by COVID-19, Whipple said he’d want as much information as possible before saying how he’d handle it. “There’s just no win in that scenario. It’s not like you can make anybody happy.”

Everything is negotiable and up for discussion, Whipple said, but noted he’d “obviously want as much input as possible.”

As for school reopenings, Whipple said he supports allowing each college and university make its own plan. “If we have leaders we trust and feel good about their decisions, then why wouldn’t we support it?”

The system allowed schools to reopen starting in July for limited in-person classes, but most are conducting the vast majority of classes remotely this fall.