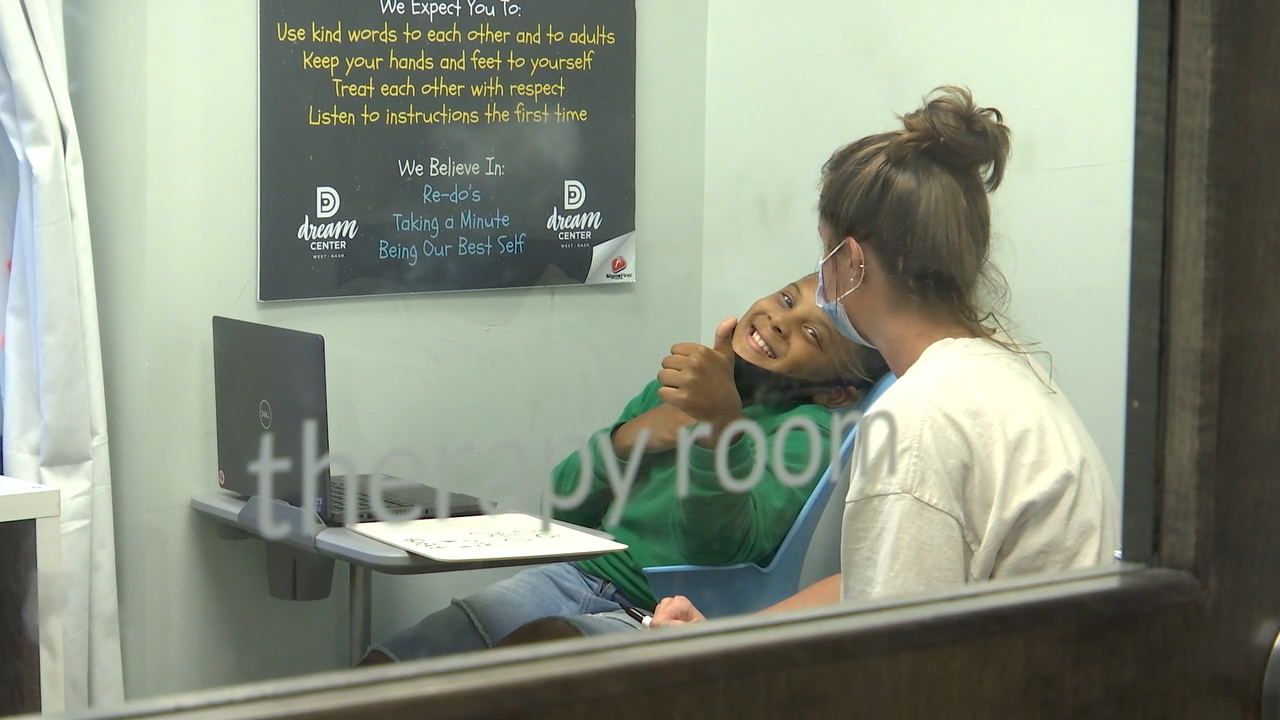 NASHVILLE, Tenn. (WKRN) — Due to the COVID-19 pandemic, several metropolitan cities are still holding school entirely online, but that’s posed a lot of challenges for families — especially single parents who can’t work from home or can’t help their children while working from home.

One nonprofit in Nashville is doing everything it can to ensure as many children as possible are getting their education.

Chanwnika Sander is a single mother of Tristan, a 4th grader at a KIPP school in Nashville.

“His dad was taken to the … prison system, so he was gone for the majority of Tristan’s life, so I have been the sole support for him since … since he came out,” Sanders said.

She’s not alone. According to Metro Social Services, more than 13% of households in Nashville are run by single mothers, compared to 4% run by fathers.

When the pandemic hit and schools went virtual, Sander’s burden, like so many others, only got heavier.

“Single moms are already trying to live in a city that you cannot afford on a single income and then to try and tell them that they have to educate their children and try to work, and then when you add, on top of that, families that are either living in crisis or potentially have lower income paying jobs, don’t have the liberty to work from home,” said TJ Fletcher, executive director with the West Nashville Dream Center.

The organization has been around for years, helping at-risk families and children in the neighborhood. Fletcher said she knew they had to do something to help families in this time of crisis, despite the concerns surrounding gathering because of COVID-19 .

WNDC opened a little schoolroom, which it compares to a “Little House on the Prairie” setup, accepting 32 students, staffing volunteers in two to four hour shifts to help and providing free meals through the Second Harvest Food Bank.

“That’s almost the easy part. We space them out, we wash our hands, we wear the masks,” Fletcher said. “The hardest part is when they’re melting down and they’re scared or they’re worried or they’re finding out that they’re not doing well or their computer crashes all the time.”

The Dream Center created a therapy room for the kids to use to be alone if they start to have a breakdown. The kids call it the “bear room” because it has a giant stuffed bear to accompany them in hard times.

Due to COVID-19 safety guidelines, space at the facility and operating with a majority of volunteers, the center can only help a couple dozen of the thousands who need the support.

About 600 students in Metro Nashville Public Schools still have not logged in for the school year, and that’s not including students who were never even enrolled.

“We had to say ‘no’ to tons of kids,” Fletcher explained. “I think the only solution is for other organizations to open up their spaces, specifically churches, and allow people to come in and access the safe space that could be provided … The kids that are in second grade, and read at a kindergarden level, will get the support that they need to actually be successful.”

Sanders said it’s the support from places like the WNDC that’s made all the difference for her family.

“Just the reports that I get from Tristan’s teachers on how well he’s doing. Keeping him logged on,” Sanders explained.

“Here, I like to play basketball, I like the people who help us, a lot,” Tristan said.

When the kids go back to school, the Dream Center said that’s when it’ll see the real fruits of volunteers’ efforts. It’s hoping that kids won’t be behind, but possibly even ahead.

Metro schools are set to phase children back in by younger grade levels first by November, with high school students after winter break, but the Dream Center plans to keep its schoolroom running as long as the students need it.

Since opening the schoolroom, the center said it’s had more and more kids show up needing help. It says it’s open to sharing its model with anyone who is willing to open similar schoolrooms during this time.

Partnering with the national non-profit Solutions Journalism Network, Nexstar stations nationwide are telling unique stories about how the pandemic has exposed inequities for students and the solutions some groups have found to bridge that gap.