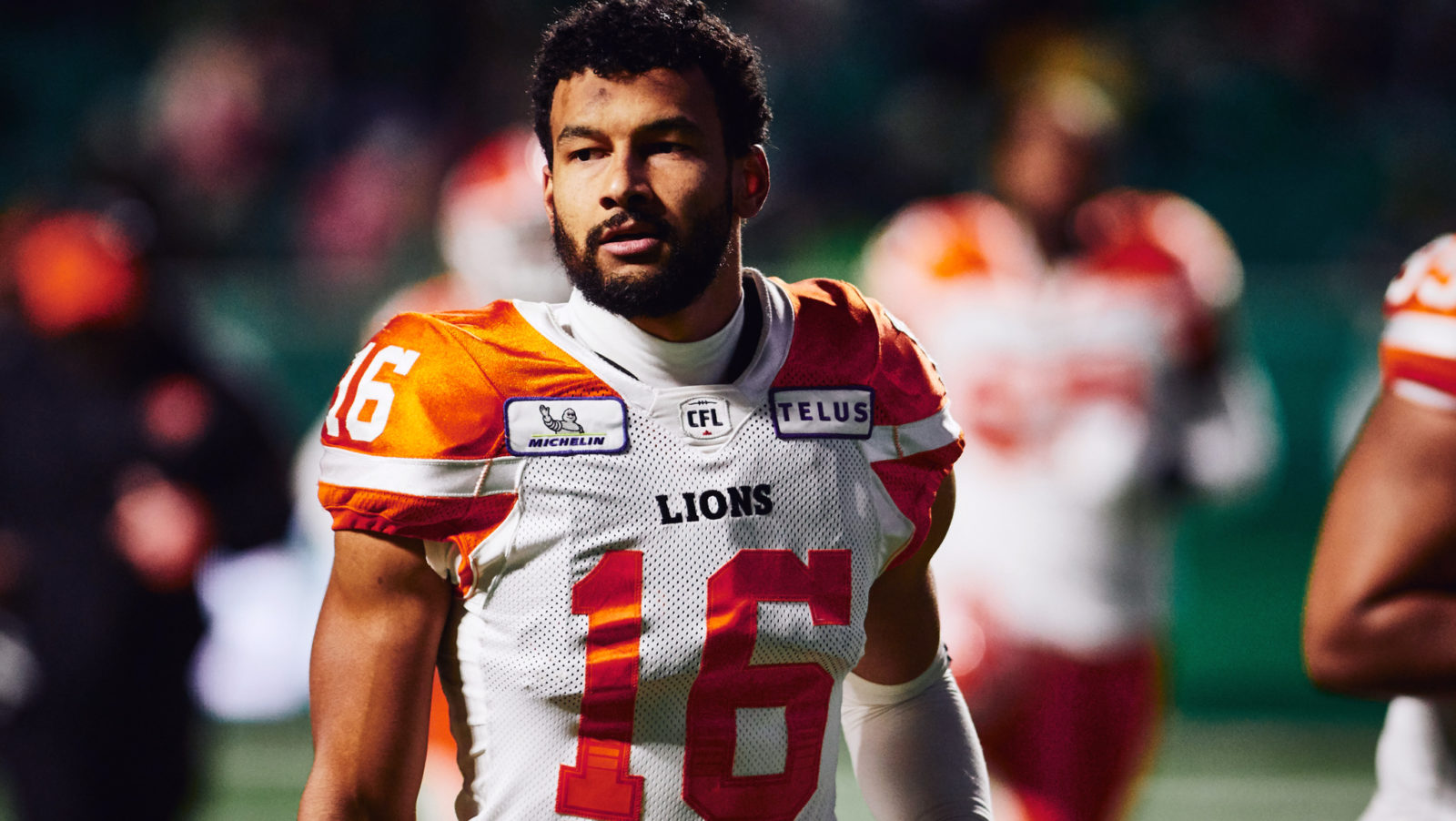 Like many people, Bryan Burnham suddenly found himself with a lot of spare time on his hands.

With the CFL season cancelled due to concerns created by the COVID-19 pandemic, the BC Lions sure-handed receiver was looking for ways to put in his day.

“I’d rather be playing football right now,” Burnham said from his family’s home in New Jersey. “With all this time off, every morning I was waking up thinking ‘man, what am I going to do? ‘

“Then the light bulb went off in my head. Dummy, you’ve been wanting to go back to school for so long, let’s do it.”

Burnham has enrolled in a philosophy and ethics class with Athabasca University, which offers a variety of on-line courses and allows students flexible schedules and timelines.

Burnham will also be working with Athabasca to make sure that others understand the opportunity the university provides to accommodate individuals with obligations that may not cooperate with the timelines and schedule demands of a more traditional post-secondary institution.

“I’m just excited to be a student,” he said. “In terms of what I’ll be doing to (help tell that story), it’s just about showing the guys in the locker room and around the league, you have this opportunity available to you.”

Burnham, who has spent six seasons with the Lions, already has a history degree from the University of Tulsa, where he played his college football. Taking the philosophy class allows him to pursue one of his interests.

“I’ve always regretted not taking philosophy courses in college,” said the 30-year-old native of Moorestown, N.J. “Philosophy is fundamental to human beings. It’s realizing we have this ability as humans to sit back and think and understand our existence.

“I enjoy getting into deep conversations with teammates in the locker room and I feel like this will open up my mind to a different way of thinking.”

Burnham understands why young players in the league are focused on their football careers. He also knows an education is important for when the playing days end.

Michael Shouldice, Athabasca University’s manager of partnerships and collaborations, said the school offers over 850 courses in more than 55 undergraduate and graduate programs in a range of arts, science and professional disciplines.

Students are able to learn at their own pace. Once the CFL resumes play, this would allow players to adapt school around training and games.

“Any of the players who were drafted and chose to play pro football before finishing their undergraduate degrees, this gives them an option to fill in those courses to complete their degree and graduate,” said Shouldice.

Seeing professional athletes enroll and graduate from programs sends a message to potential students in other occupations.

“They can see these guys playing pro football can do it (so) I can do it,” said Shouldice.

Athabasca University has had a long relationship with major junior hockey leagues across Canada, plus players in the AHL and ECHL, and Olympic athletes.

Burnham’s interest in education is no surprise. His father Lem, a former defensive lineman with the NFL Philadelphia Eagles, is a sports psychologist who worked for the Eagles, Philadelphia 76ers and Baltimore Orioles.

His wife Aubrey went to university as a psychology major and he has a brother-in-law pursuing his doctorate in psychology.

“Our family is full of psychologists,” Burnham laughed. “I think we have enough.”

Burnham was a bright light on a Lions team that struggled to a 5-13 record last year. He had career highs of 100 receptions, 1,492 yards and 11 touchdowns, was selected to his third CFL All-Star team and was the Lions nominee for Most Outstanding Player.

Burnham believes he has several good years of football remaining, but not playing this year has him thinking about the future.

“There’s way more behind me in my football career than there is ahead of me,” he said. “Those questions have always been kind of in the back of my head. With COVID, those question just got accelerated. There’s a small possibility that I never play football again. “
Continuing his education gives Burnham more control over his life after football.

“Hopefully we can hit the ground running next year,” he said. “But if not, you have to be prepared to move on. Life is not going to wait around for you to figure things out.

“We’ve got a long life after football. We have to be able to make that transition.  I’m very fortunate to have been able to play this game this long, to kind of (delay) those questions about what I’m going to do. But at some point, you’ve got to confront them, and this is the perfect time to do it.”