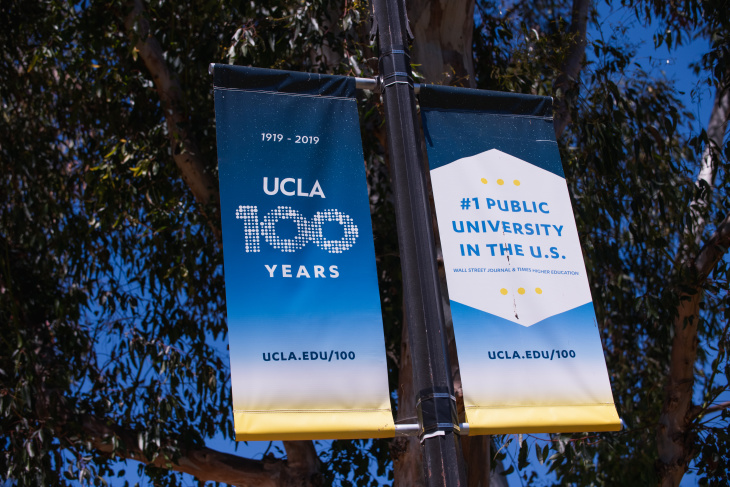 Never miss a morning briefing. Subscribe today to get our A.M. newsletter delivered to your inbox.

It’s not news that colleges and universities have long favored the children of donors and alumni. But the numbers of students admitted this way are usually vague, amorphous and not exactly public knowledge – until now.

A new report conducted by the California State Auditor found that at least four UC schools, including UCLA and UC Berkeley, admitted a total of 64 students as favors to donors and staff over six years. According to the report:

“The majority of these applicants were white and at least half had annual family incomes of $150,000 or more … UC Berkeley admitted 42 applicants through its regular admissions process based on their connections to donors and staff, while concurrently denying admission to others who were more qualified.”

If this all sounds kind of familiar, maybe it’s because of the college admissions scandal that broke last year, in which 50 people – including 13 from Southern California – were charged with buying their childrens’ way into top universities. One of those people was actress Lori Laughlin, who is about to serve two months at the prison of her choice – a facility that happens to have yoga, pilates, origami and ukulele lessons.

Perhaps we’ve finally reached the long-overdue moment in which we step back, collectively, and reconsider what higher education is really about.

Keep reading for more on what’s happening in L.A. today, and stay safe out there.

California State University trustees are scheduled to announce a new chancellor to replace retiring Timothy White at their board meeting. Adolfo Guzman-Lopez reports.

The climate change center at UCLA’s Fielding School of Public Health plans to study and help implement policies for slowing and adapting to climate change. Bernard J. Wolfson of California Healthline has the story.

Never miss an LAist story. Sign up for our daily newsletters.

Wildfires: The Bobcat Fire in the Angeles National Forest continues to burn, and has now surpassed 109,000 acres.

Policing Law Enforcement: Dijon Kizzee was shot 15 times by Sheriff’s deputies, including seven times in the back, according to an independent autopsy.

Reopening California: Disney called on Gov. Gavin Newsom to provide guidelines to allow for the reopening of the still-shuttered Disneyland and California Adventure parks in Anaheim.

California Kids: K-12 schools in Orange County have the green light to welcome students and staff back for in-person instruction. A state audit found that at least four UC schools admitted students as favors to donors and staff members.

Election 2020: Tune in to our voter event tonight to hear from experts on both sides of the debate over Proposition 16, which would restore affirmative action to California’s constitution. (Yes, restore.)

Photo Of The Day

A mural in Echo Park honors Supreme Court Justice Ruth Bader Ginsburg, who passed away at the age of 87 last week.

Help Us Cover Your Community

The news cycle moves fast. Some stories don’t pan out. Others get added. Consider this today’s first draft, and check LAist.com for updates on these stories and more. Follow us on Twitter, Facebook and Instagram.

This post has been updated to reflect changes in what’s coming up for today.