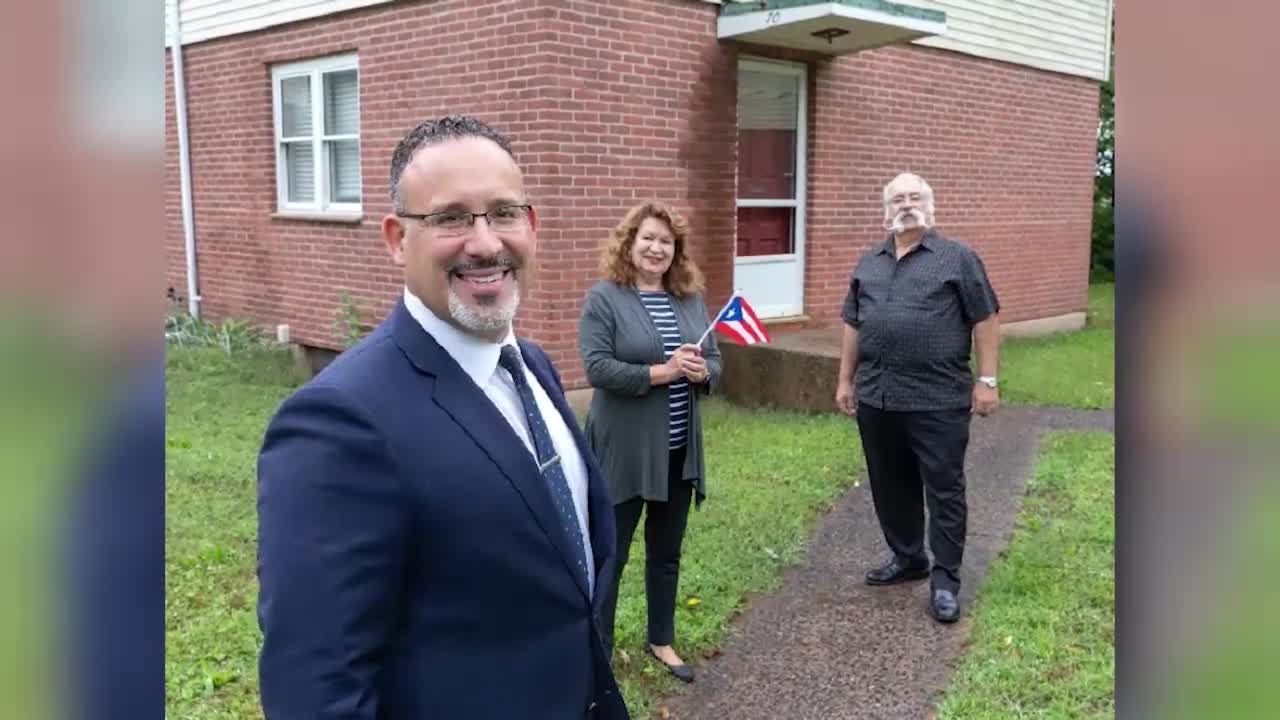 His grandparents came to the United States from Puerto Rico, moving to the projects of Meriden where he would later spend two decades as a public school educator.

However, as a student, he noticed something lacking in the public school system.

“For me, I recall taking, when I was in college, a course on Latino studies, and it just made me feel seen. It made me feel seen. There was a sense of pride I felt after taking that course, and that pride and that sense of visibility without question helped me want to continue in leadership in education.”

And it’s that feeling the state is working to bring to students across Connecticut.

“When this course was being talked about and came out, I wanted to kind of jump in there and say, ‘I have some ideas,’” said Adrian Solis, a social studies teacher at Henry Abbott Technical High School in Danbury. “I think this would be an honor and privilege to be in this committee to form this curriculum that gets spread to thousands of kids across the state.”

Solis is also on the Latino Content Committee to help build a curriculum for the new course.

“No one really taught us that side of history,” he said. “Every time we talk about the traditional George Washington, Civil War, WW1, WW2, but really, the major players of Latino history were left out.”

For him, it holds special meaning.

“As a Hispanic myself, I’m half Guatemalen, half Portugese, and so, I was born and raised speaking Spanish and immersed in the culture growing up in that kind of life.”

He’s hoping the course will help provide a sense of identity and understanding for Latinx and African American students.

“In my perspective, seeing them in this discussion, it kind of brings me back to some of the feelings that I had in a high school, and saying, ‘I wish I had this topic and this discussion.’ And now, at least were having it now within a classroom.”

“I’m excited about it,” Cardona added. “I want my children to take it, but it’s important to remember it’s not only for Latino and Black children, it’s for all students…Historically, the experience of the Latinos or the experience of the African Americans has been omitted or left out of American history, and what we want to do is provide that opportunity for all students to learn about the contributions of Latinos and African Americans in a way they see they do add to the fabric of our country and what we have today; that they are part of American history.”