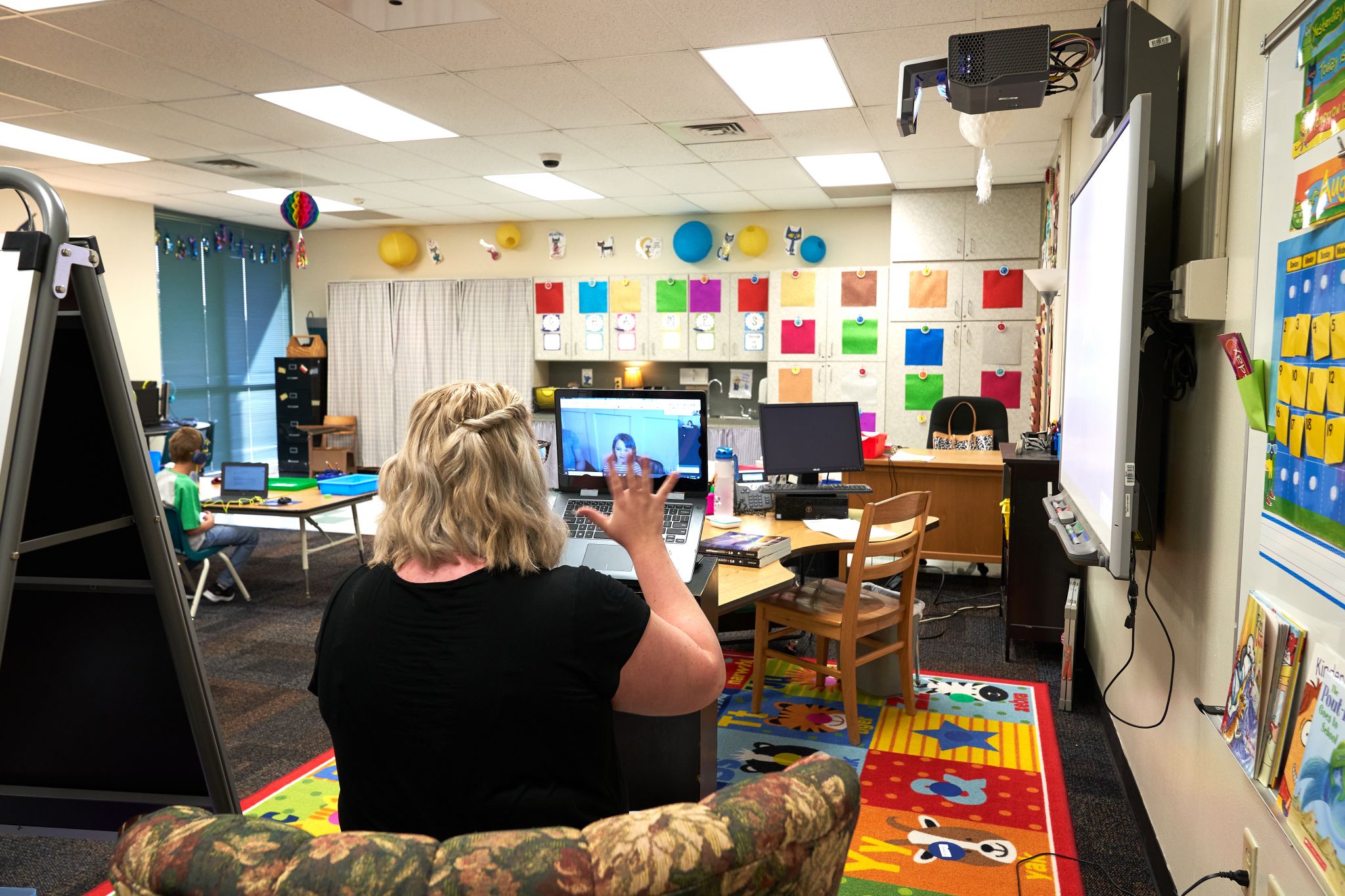 Midland ISD’s efforts to educate students online have not been meeting the community’s expectations for academic rigor, starting with the district’s online academy, Interim Superintendent Ann Dixon said on Thursday.

Her assessment is in line with comments from district leaders, parents, campus leaders and teachers about the problems with Midland ISD Online Academy.

During this week’s school board meeting, district leaders pressed central office staff about deficiencies in the academy, including staffing and academic achievement issues. Some of those issues came to light Thursday, as Dixon told the Reporter-Telegram the failure rate in Midland ISD Online Academy was running between 60 and 70 percent. She also said that while the high school attendance rate typically averages around 96 percent, it has been around 90 percent for those participating online.

Other issues are problems with teacher scheduling, the inability to monitor student participation and breaks from protocols, including reports that some principals were having to make as many as 20 changes to online and blended learning rosters a day when the plan was to allow changes to happen during a small window.

Dixon also said those participating in blended learning – in which students attend class on campus two days a week and participate in at-home learning the other three days – aren’t receiving the necessary instruction when they are off campus.

The current state of the program, which has been in place since the start of school on Aug. 19, was not what district leaders expected. The online academy appeared to be in transition since planning began. District leaders talked at the board meeting about how the academy couldn’t deviate from the curriculum offered on a student’s assigned campus. Also, there weren’t separate teacher rosters as was originally expected.

An announcement Thursday from the district focused on schools’ re-entry plan. But Dixon said it was important to communicate the issues with the online academy. She said it was important to note that from this point forward, teachers would be assigned to face-to-face learning or the online academy. If a student moves from one to the other, the teachers will follow so the same resources are there to allow for a “curriculum with the same rigor,” whether a student was on campus or at home.

“That is something we haven’t been able to monitor well,” Dixon said.

She said there may be occasions when online classes from different campuses might be combined so there are a sufficient number of students to make up a class. She used the example of French IV for which there might not be enough students taking it online at just Lee High or Midland High.

“We can refocus now,” Dixon said. “Stronger teachers might be put in difficult delivery systems, knowing they might be coming back to campus (eventually).”

Dixon said the changes to the online academy was a case of leadership having conversations with principals about the status of the program and the need to do what was best for teachers and to achieve academic success.

She said all district employees are focused on the academy as the sole option for elementary school students not wanting to be on campus beginning Oct. 5 and for secondary students beginning Nov. 9. She also said that it was important to communicate to the public that the online academy exists as alternative because of the coronavirus pandemic.

Lastly, she said there isn’t time to waste as the coronavirus pandemic has put educators behind. She said that students can’t continue to fall farther behind after losing months of instruction, especially “in a district struggling with performance.”