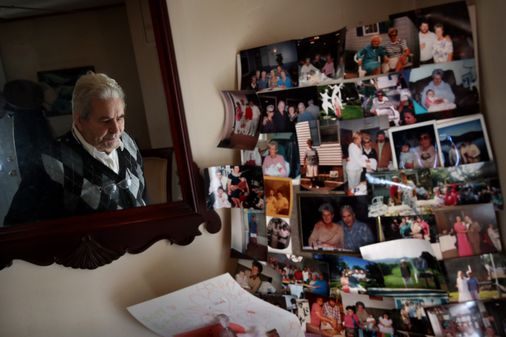 Last Words, a three-part Globe Spotlight Team series, exposes the inequities that follow people in Massachusetts to their very last breaths. It is a deep examination into the uncomfortable topic of death, and confronts the state’s failure to protect its most vulnerable in the early days of a historic pandemic. Read the Globe Spotlight report.

A Boston Globe-Suffolk University poll late last year shows that, for the most part, Massachusetts residents share widespread agreement on issues related to the difficult subject of death.

They say society would be better off if end-of-life issues were discussed more openly and believe terminally ill patients should have more options to choose when and how to die. A sizable majority say they would prefer to die at home, and many men and women have first-hand experience with hospice, according to the poll of some 500 residents across the state.

But some major — and subtle — differences emerged along racial, education, and gender lines, a sign that physicians must

address cultural attitudes and life experiences, not just medical options, to reduce inequities in end-stage medical care. The poll showed differences in the types of diseases people most dread, how religion affects views on death, and when to stop aggressive treatment at the end of life.

For example, the survey found that Black and Hispanic people are more likely than white and Asian people to say religion and spiritual beliefs guide their medical end-of-life wishes. And it found that Black people more often want to continue treatment for an incurable, debilitating disease than other groups, likely reflecting longstanding fears of under-treatment due to a history of discrimination.

The poll also found women were more likely than men to believe greater public discussion about death is a good thing and have more religious and spiritual beliefs guiding their medical decisions at the end of life. Women were also somewhat more likely to believe in the afterlife.

Differences among groups also emerged on what life-threatening disease they most feared. Black and Hispanic people identified cancer above all, while white and Asian respondents identified Alzheimer’s and dementia as the condition they most dreaded. Similar differences were found along educational lines.

Take a sample of this poll and see how your answers compare to others in the state.