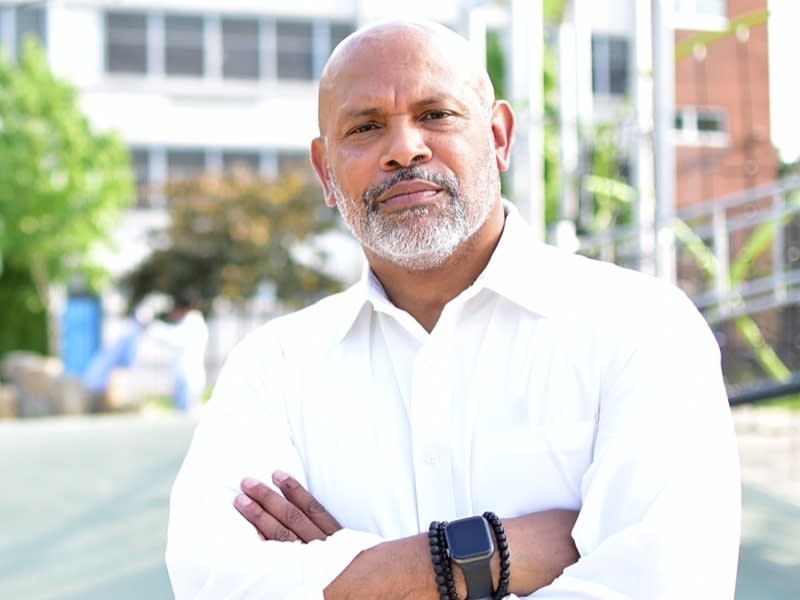 Jacque Patterson, 55, is the administrator at KIPP DC. He is running for the at-large seat on the State Board of Education.

Age (as of Election Day)

DC State Board of Education, At-Large

The single most pressing issue facing our District is educational equity, and this is what I intend to do about it.

I’m going to ensure the Every Student Succeeds Acts (ESSA) is properly implemented to address system and structural racism in practice and policy.

Do you support Black Lives Matter and what are your thoughts on the demonstrations held since the death of George Floyd and the shooting of Jacob Blake?

Yes, I support the the Black Lives Matter movement and have participated in protests in my community to address systemic racism.

What are your thoughts on the campaign to “defund” the police?

I believe funds should be “redirected” to areas of need such as social workers, mental health practitioners, violence interrupters and other safety net services that address the root causes of trauma in BIPOC communities which police are not professionally trained to address and usually exasperate the situation instead of de-escalating the situation.

What are your thoughts on the state and national response to the coronavirus pandemic? Do you favor such measures as limiting operation of non-essential businesses or restricting indoor/outdoor dining? And do you favor a nationwide mask mandate?

The national response to the pandemic has been horrific and has caused the unnecessary death of thousands of Americans. I agree with the limiting of operations of non-essential businesses, restricting of indoor/outdoor dining and am in favor of a nationwide mask mandate until there is an effective vaccine for COVID-19.

What differentiates me from the other candidates is my experience and the relationships. Since the State Board of Education positions are “advisory” its going to take the ability to build civic capacity and working relationships with councilmembers to effect change. I am the only candidate that has been endorsed by councilmembers who are willing to work with me to get legislation passed to make the changes needed for public education to be more equitable.

If you are a challenger, in what way has the current board or officeholder failed the community (or district or constituency)

The incumbent is not running for re-election.

Leadership of civic organizations like the Ward 8 Democrats, appointment to various boards and commissions by the mayor such as Veteran Affairs and the Housing Finance Agency and my community work as an Advisory Neighborhood Commissioner where as a commission we revitalized our communities.

If you win this position, what accomplishment would make your term in office as a success?

Why should voters trust you?

I have 25+ years as a community activist with a record of results.

What are your views on fiscal policy, government spending and the use of taxpayer dollars in the office you are seeking?

The State Board of Education does not have any budgetary responsibilities.

Is there any reason you would not serve your full term of office, other than those of health or family?

Strive to be a public servant, not a politician.

What else would you like voters to know about yourself and your positions?

This article originally appeared on the Washington DC Patch