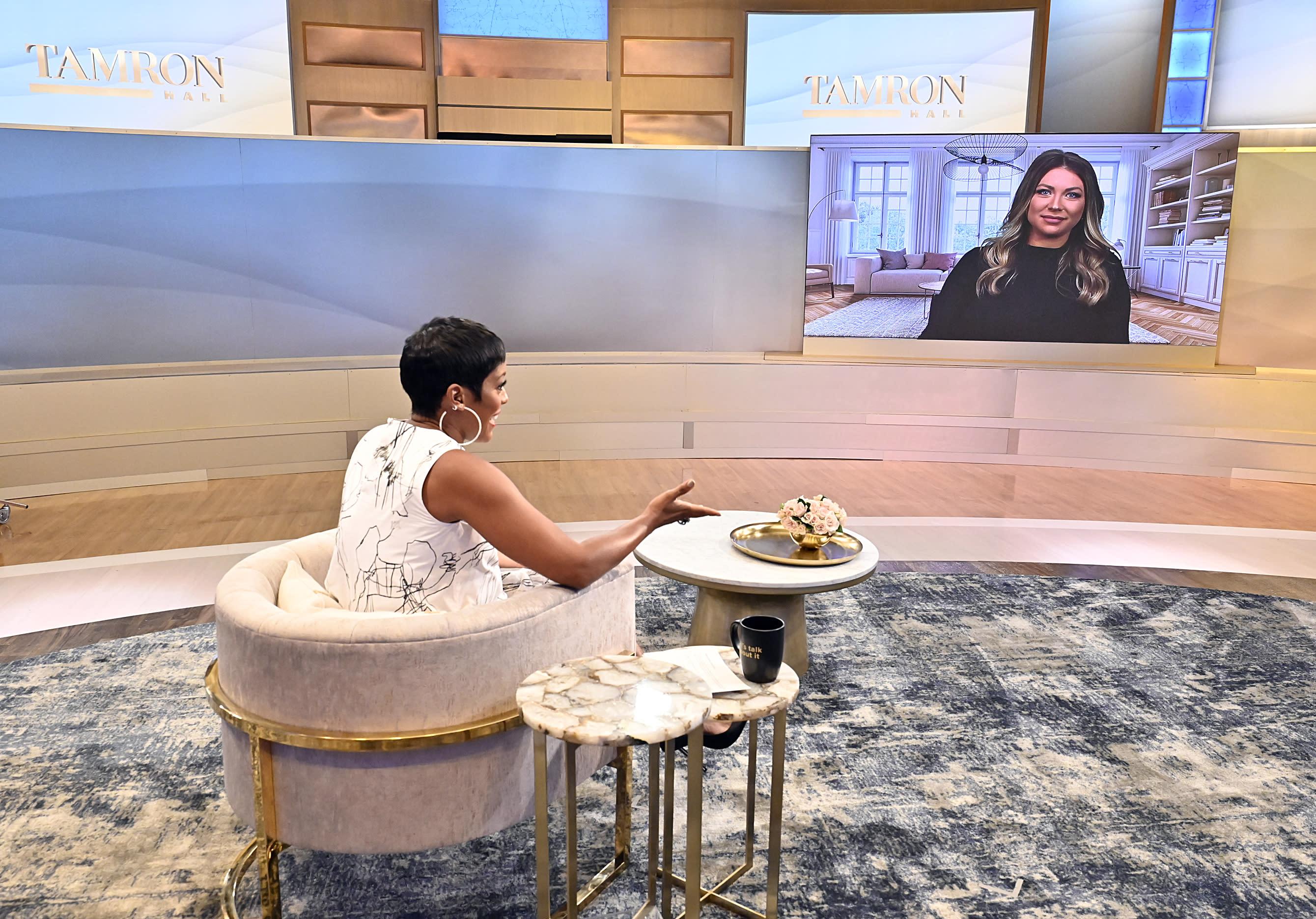 In an exclusive interview on the “Tamron Hall” show on Thursday, former “Vanderpump Rules” star Stassi Schroeder addressed for the first time the racial misconduct for which she was fired from Bravo in June.

Schroeder and her costar Kristen Doute were fired after former “Vanderpump Rules” cast member Faith Stowers revealed during an Instagram Live that Schroeder and Doute had reported her to the police for a crime she did not commit in response to a 2018 Daily Mail article depicting a Black woman wanted for theft. After three months of silence, Schroeder said she wanted to gain a greater understanding of the situation before she spoke out, although she and Doute had publicly apologized to Stowers in June after the interview had gone viral, but before they’d been fired.

“I’m someone who messed up quite a few times,” Schroeder said in response to why she doesn’t believe she’s been canceled. “I am the reason why I’m in this situation. I think a lot of people wanted me to focus on cancel culture and whether I was a victim or not, and it’s just not how I feel at all.”

In addition to being let go by Bravo, Schroeder lost endorsements and her podcast “Straight Up With Stassi” was dropped from all platforms.

Schroeder said the most difficult aspect of the fallout of her actions is people labeling her as racist, stating that she has never “felt” she was racist, although does not believe she was anti-racist. She said she has since educated herself and learned how her behavior negatively affected Stowers.

In the interview, Schroeder reflected on her racist statements on her podcast regarding the #OscarsSoWhite campaign and past attitudes toward Black Lives Matter, calling herself a “Karen.” She also addressed her “Nazi Chic” photo caption she shared on her social media in 2018, stating that she had previously not educated herself on her privilege and is embarrassed by her actions.

“It is absolutely my fault that I didn’t know better, but the issue is I did not know better,” Schroeder said.

Schroeder, who is pregnant, said she wants to be a “better person,” and someone her daughter can be proud of.

“I want to be a part of the solution, I’ve been a part of the problem for years now,” Schroeder said. “And I’ve recognized that. That’s why I say I don’t feel like I’m a victim of cancel culture. People want me to be mad at it and I’m not, I needed it.”

At the conclusion of the interview, Schroeder said she would not return to “Vanderpump Rules” if she had the chance, and that she wants to focus on motherhood.

“I think when something like this happens and you get pregnant on top of it, you take inventory of your life and you think, ‘What is going to be the best for my future child?’ And I think getting drunk and starting conflict and misbehaving on a reality show isn’t my journey anymore,” Schroeder said.