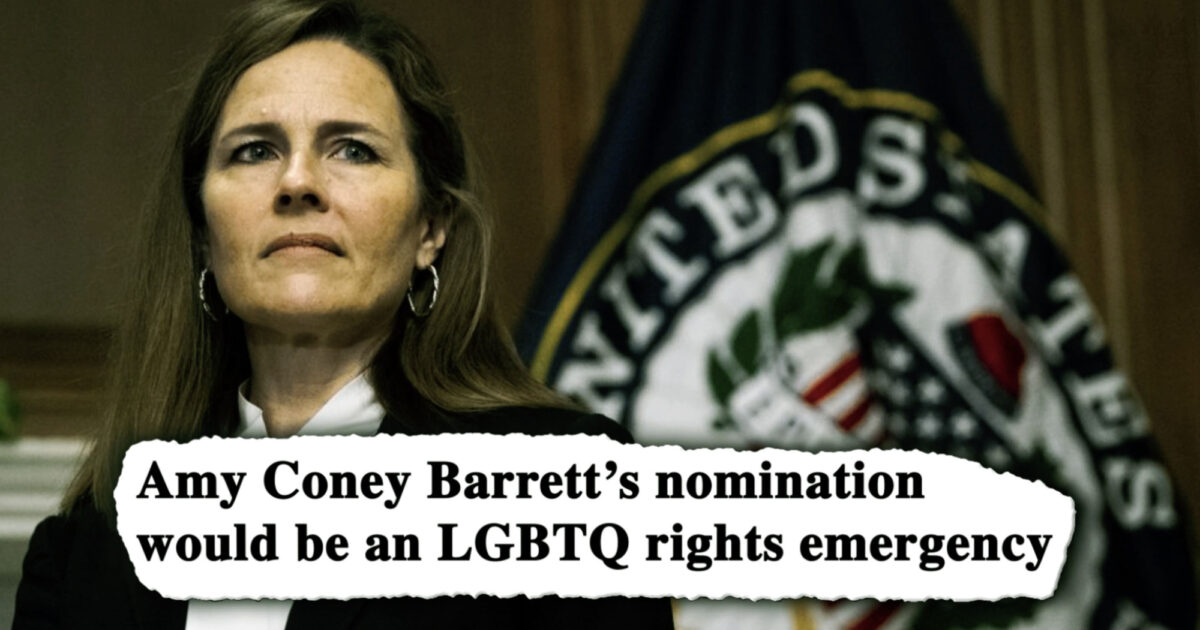 Our hard-won rights in the courts?

They want to chip away at them.

Amy Coney Barrett, nominated to be the next Supreme Court justice?

She’s the self proclaimed ideological heir to anti-equality Justice Scalia.

“His judicial philosophy is mine, too.”

Anti-equality Senators want to rush through this lifetime appointment instead of prioritizing relief during the pandemic.*

They are desperate and the clock is ticking. They know they’re losing.

Let’s vote them out. Today.