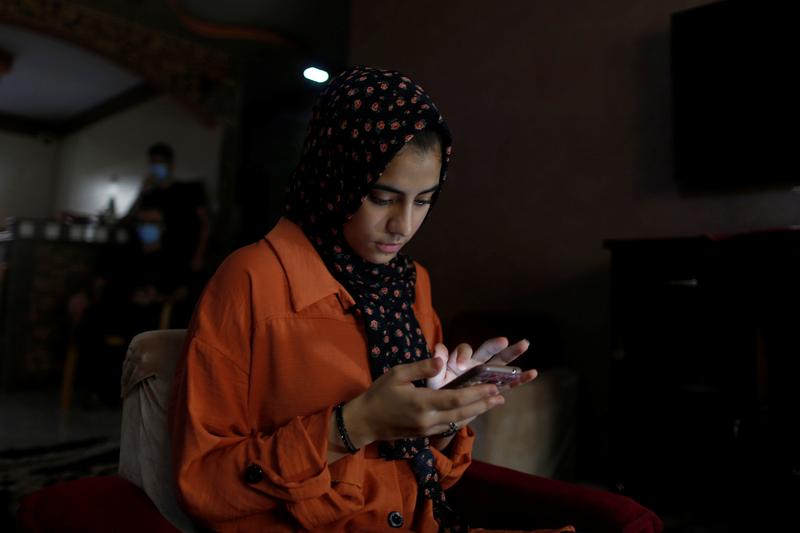 GAZA (Reuters) – Routine blackouts and shaky internet service have made remote learning in the Gaza Strip a challenge for students during the coronavirus pandemic.

With schools closed across the Palestinian enclave since a lockdown in August, hundreds of thousands of students have been stuck at home and learning has moved online.

In Gaza, where poverty is rampant and infrastructure lacking, siblings are often left to argue over precious screen time during the hours when the power is on.

On average Gazans in the Hamas Islamist-run territory get eight hours of electricity a day from its lone generating plant and Israeli power lines. Most families are dependent on foreign aid and struggle to pay for internet or buy extra computers or phones.

“We have to wait until electricity is back so we can recharge the phones,” said 10th grader Raseel Hussein. “Work is sent over the internet and we have to download it, and that depends on how weak or strong the signal is.”

Her mother, Yasmine, said that “many families are poor and … can’t afford smart phones or internet to connect with teachers”.

Hamas declared a lockdown on Aug 24 after the first cases of coronavirus were reported outside of quarantine facilities for people entering Gaza. Since then there have been 2,800 cases and 20 people died.

Gaza is home to two million Palestinians in cities, towns and refugee camps squeezed within an area of 360 square km (139 square miles), with its borders sealed off by neighbouring Israel and Egypt.

The lockdown has been partially eased but schools, mosques, and other public facilities remain closed. A nightly curfew is in effect.

Moatasem Al-Minawai, an official with Gaza’s education ministry, said challenges will continue even after schools reopen. With limitations on classroom attendance, students will be in school only part-time.