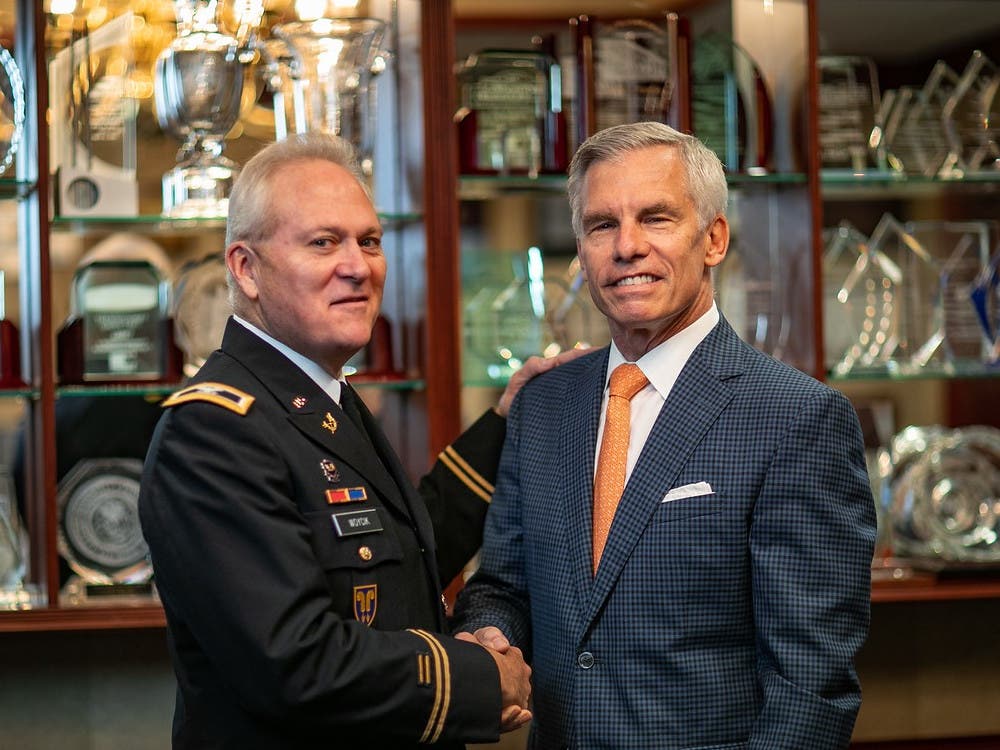 Two Hofstra University alumni who also played for the university’s men’s lacrosse program during the 1970s are bestowing support for Long Island nonprofits and the school during a critical time as many organizations address fundraising, operation and volunteer concerns associated with the COVID-19 pandemic.

“This is a difficult time for all of us,” said Metzger, “for our seniors, our children, our businesses, and ourselves and our careers. Nonprofits support our communities in many ways that include providing our children with guidance, giving a helping hand to veterans and others in need, and supporting students to advance their education. The current health care crisis also has affected the operations of our local charities and educational institutions, curtailing some of the vital services on which so many depend. Whitmore Agency wishes to lend a hand and, at the same time, salute a close friend who has honorably served our country and is associated with each of these organizations.”

“David has demonstrated a true commitment to the people of Long Island,” added Metzger. “For many years, he has been an active supporter of many organizations.”

Woycik received his undergraduate degree and Juris Doctorate degree from Hofstra University. He was a member of the varsity lacrosse team and the Crown & Lance Fraternity. As past-president of the Hofstra Alumni Organization, Mr. Woycik was instrumental in instituting Alumni Appreciation Day for all alumna to donate their time and/or resources to the university.

Colonel Woycik served overseas in Saudi Arabia and Kuwait for Operation Desert Storm and recently for Operation Enduring Freedom in the War Against Terrorism. He is a well-decorated soldier and has been awarded the Distinguished Service Medal, Bronze Star and the Meritorious Service Ribbon. He is married to Carolyn Sanchez from Los Angeles and they reside in Garden City, New York.

“I appreciate the dedication that Jim has provided for our nonprofits on Long Island,” said Woycik. “Jim is a patriot, a colleague, always a teammate and most of all a personal friend. He also is a friend to the many organizations that are providing support to our communities, and further, he never forgets their needs.”

Metzger excelled at competitive sports in high school and college, becoming an All-American lacrosse player at Hofstra. He credits much of his success later in life and in business with lessons that he learned from that time he spent on the athletic field.

Metzger created the Whitmore Agency during 1989. He continues to expand the boundaries of personal service with his business, and he supports communities on Long Island and throughout the New York Metropolitan Area as a philanthropist.

_______
Mike Virgintino is the author of Freedomland U.S.A.: The Definitive History, the story about America’s theme park located in The Bronx. Published by Theme Park Press, it can be found on Amazon, eBay, Goodreads and other retailers.

The rules of replying: