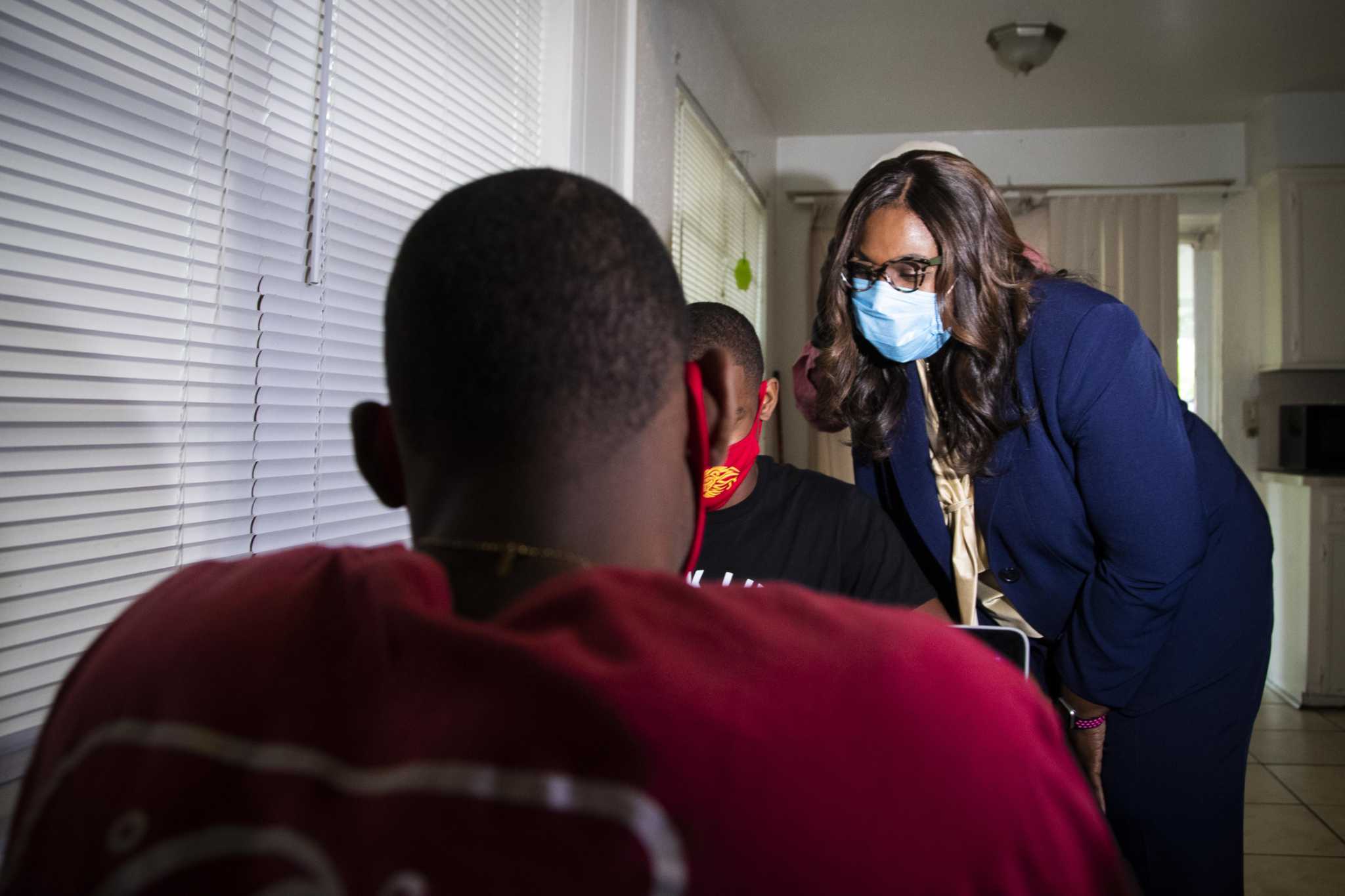 “We already have the plan of where the deployment needs to be, who the students are that need those targeted services, and so it’s just about the board approving the budget and getting all the contracts processed that need to be processed,” Lathan said.

The district’s $17 million request arrived at an unusual time, raising some questions among trustees headed into the vote.

HISD officials traditionally make larger spending decisions in the spring and summer, ahead of a June vote on the upcoming fiscal year’s budget. District administrators have not indicated the request is a product of the novel coronavirus pandemic.

During Thursday’s board meeting, Lathan briefly referenced an increase in the number of students qualifying for special education services and needing evaluations. However, district officials did not respond to multiple questions Wednesday or Thursday about the $17 million request, including why they are seeking the funding increase now and precisely how the money will be allocated.

Trustees did not opine on the request prior to their vote, and they were not available for comment as of press time.

HISD’s delivery of special education services has drawn criticism for the better part of a decade, with four separate reports outlining numerous shortcomings during that time.

The most recent report landed in late September following an 11-month investigation by the Texas Education Agency, which declared that HISD has failed to fix “significant, systemic and widespread” issues in its special education department. The investigators concluded HISD still fails to identify all students entitled to special education services, properly implement individualized education programs and hold employees accountable for following laws protecting students with disabilities.

“It is apparent that HISD, in its current state, is unable, and perhaps unwilling, to conform to its obligations related to its students with disabilities,” state investigators wrote in their 44-page report.

TEA investigators have recommended that Education Commissioner Mike Morath appointment of a conservator, who would have the power to oversee and direct changes related to special education in HISD. Morath has not yet announced any sanctions.

HISD administrators argued state officials relied on outdated data, while also noting the TEA’s responsibility in setting a since-abandoned artificial cap on the percentage of Texas students receiving special education services. Lathan did not reference the report during Thursday’s board meeting.

HISD plans to tap its “rainy day” fund to cover the $17 million cost. In their 8-0 vote, trustees also approved $24 million in additional spending on technology, personal protective equipment, and cleaning services and supplies related to the pandemic.

District officials are projecting HISD’s rainy day fund will drop from about $500 million to $400 million this fiscal year, though they caution those estimates are constantly changing.