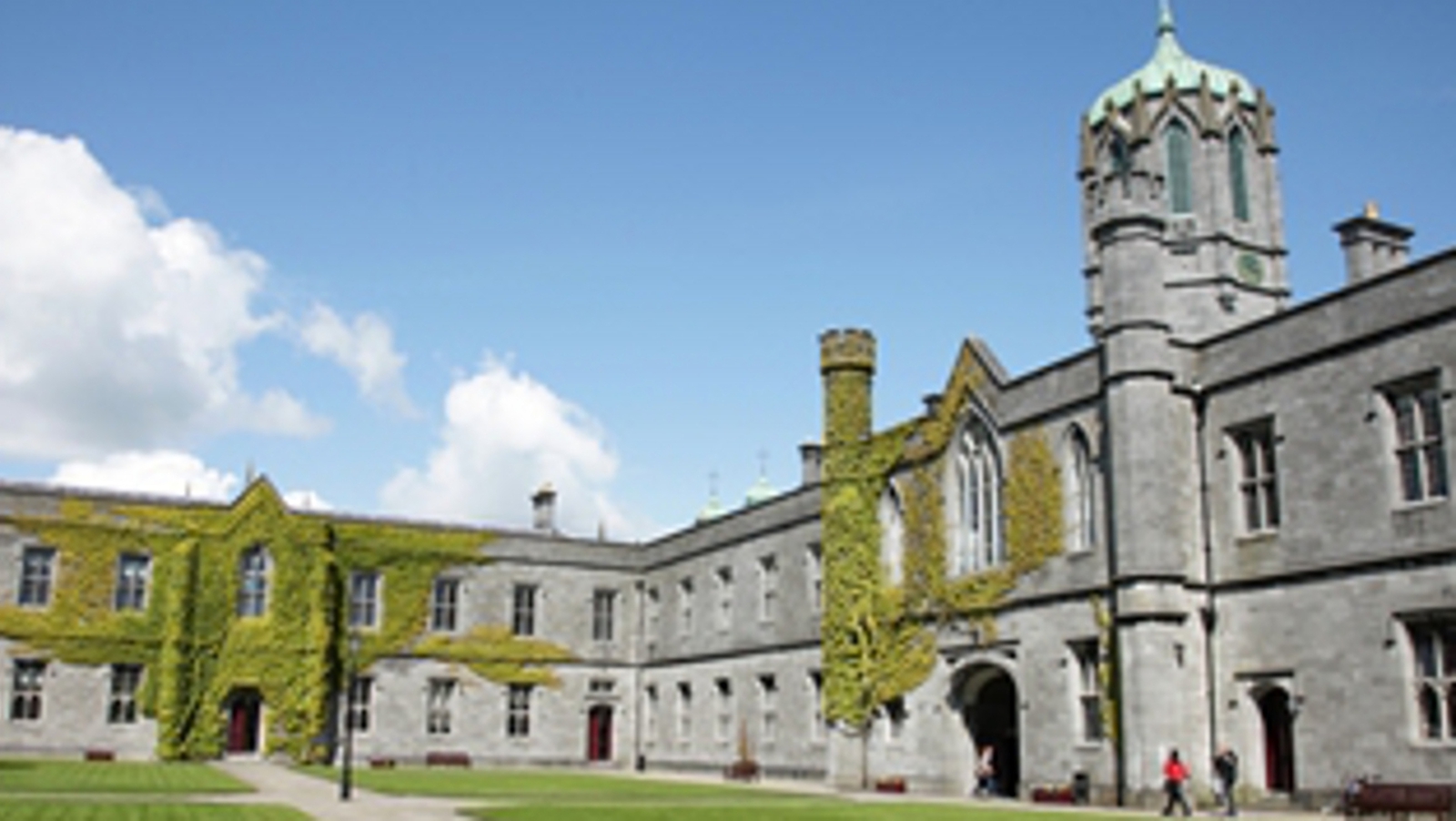 Opinion: higher education had a plethora of challenges before the arrival of Covid-19, but the situation is even harder now

While the reopening of schools has been the focus of attention recently in Ireland, higher education is also under major pressure at the start of a new academic year. As a fresh intake of students embarks on a new journey, third level institutions here and abroad are enduring a bumpy ride in the face of four major challenges: funding shortages; expectations; rising pressures and the impact of Covid-19.

The role of the State in funding higher education varies greatly. A 2017 European Commission report found that 11 of 42 systems levied no fees at all for first time undergraduates, with some countries also offering grants and other supports. At the opposite extreme, notably in the United States, Australia and England, the state has minimised its funding role, leaving higher education institutions to compete in an open market. Rising tuition fees, typically £9,000 per year in England and significantly higher at US private universities, have filled the gap. Payment is often via loans, with over 40% of students owing more than $20,000 on graduation in 2017.

Even in countries where state funding is the primary model, the 2008 recession led to reductions in government support, reported at a third for Ireland, 21% for Spain, and 11% for France between 2008 and 2016. Countries have worked hard to attract international students who pay higher fees. Students from abroad constitute more than a fifth of the total higher education population in Australia and the UK and over a tenth in Ireland, but the coronavirus crisis has made revenue from this group very uncertain.

From RTÉ One’s Six One News, 1,500 scientists warn of third-level funding crisis in May 2020

Ireland is badly positioned regarding higher education funding and is experiencing the worst of all worlds. Students are paying the second highest undergraduate fees in Europe, while State funding has fallen well below demand. The Irish Universities Association (IUA) has campaigned to point out serious deficits, including the halving of state funding per student between 2008 and 2017, below-average percentage of GDP expenditure and outdated facilities and equipment. Students have marched and scientists have written to highlight the need for investment. Successive governments have nevertheless failed to grasp the nettle and commit to a sustainable funding model from the options presented in the Cassells Report in 2016.

More is expected of higher education institutions than ever before. Student numbers have risen dramatically in recent decades, due to a combination of demographic factors, higher social aspirations and government policies to widen participation. Raewyn Connell in The Good University notes that the percentage of the relevant age group participating in higher education globally more than trebled between 1970 and 2015, rising from 10% to 36%, with some countries recording figures higher than 50%.

Accommodating this growth in a difficult funding climate is a major ongoing challenge. This is especially true for Ireland which the IUA highlights as the most highly educated state in the EU, with the overall student population expected to rise by 40,000 by 2030. This will supplement a growth of 50% in university enrolments since 2000.

From RTÉ Radio 1’s This Week in January 2020, Jim Miley from the IUA on why third level funding should be a general election issue

The student body is not just larger but also more diverse in terms of age, socioeconomic background, part-time participation and family responsibilities. A more diverse mix of students brings a wider range of expectations around transitional supports, flexible routes to academic qualifications and online learning opportunities.

As tuition fees have risen so have the expectations of students from all backgrounds. A more consumerist view is evident among students. Choice of where to study is informed by research on institutional track record and, especially for those taking out loans, perceived value for money which is a key measure in the annual UK Student Academic Experience Survey. Future employability is a strong focus for students in a competitive and rapidly evolving job market in which it has been estimated that 65% of children starting primary school in 2018 will take on jobs not yet in existence. The onus is on higher education institutions to ensure dynamically evolving, relevant programmes and qualifications.

Accountability and competition are sources of increasing pressure for higher education institutions. Governments may have scaled back their funding, but many have intensified their emphasis on monitoring performance. This may focus on measuring the quality and impact of research and teaching, exemplified in the UK by the Research Excellence Framework and the Teaching Excellence Framework. For Ireland, each institution agrees a Performance Compact with the Higher Education Authority (HEA), including annual targets and a provision that “HEA may, based on material assessed and underpinning metrics/indicators withhold up to 3-5% of funding.”.

From RTÉ Archives, Una O’Hagan reports for RTÉ News in 1989 on the Higher Education Authority’s survey of Irish graduates and how they have fared since graduation over the last two years

Public scrutiny of higher education has also increased. Gender equality is an area of particular focus and one where much remains to be done. The European Commission reported in 2017 that women were heads of only 22% of Europe’s higher education institutions and in 2016 held only 24% of Grade A academic positions. The University of Limerick appointed Ireland’s first female university president in July 2020.

Higher education institutions operate in a highly competitive environment, intensified by the need to win funding from a diversity of sources due to declining state support. Building a strong international reputation is vital to attracting students, staff, donors and research funding. Success is often measured by positioning in the league tables of a range of global ranking systems whose influence has grown despite widely recognised flaws. These include a lack of differentiation between types of institution and limited emphasis on teaching. Irish universities have struggled for position in these rankings in recent years despite some improved placings in 2020.

Individuals on campus are feeling the pressure too. Academic staff are expected to publish in highly ranked journals and win research funding to advance their careers and to push their institutions up global ranking lists. Teaching has received less emphasis and reward than research, but has been made more challenging by the coronavirus and, for Ireland, higher staff-student ratios than elsewhere. Job security has become an issue globally as temporary employment of staff has grown. This and other factors prompted President Michael D Higgins to express concerns in 2019 about academic freedom and engagement with pressing world issues above the demands of the marketplace.

From IIHA Fordham, President Michael D Higgins’ October 2019 lecture on “Humanitarianism and the Public Intellectual in Times of Crisis”

Administrative staff have experienced the deepest cuts in numbers and budgets since the 2008 recession. Academic libraries, for instance, struggle to support more students while reshaping their role in higher education.

Students also face a range of challenges. These include affordability as tuition fees have risen worldwide, including in Ireland where undergraduate fees are €3,000 a year. Another major worry is the increase in mental health issues as students encounter many pressures, including transition to college, costs, loan debt, examination stress and a competitive job market. Student suicides have hit a record high in the UK, while a 2019 survey by the Union of Students in Ireland found that 38% of students reported experiencing extreme anxiety and 30% reported symptoms of depression. The survey highlighted pressures arising from difficulties with accommodation and the need to take on jobs to pay fees or rent.

The word of the year – the Covid impact

The coronavirus pandemic has made a difficult operating environment for higher education much tougher. As noted earlier, international students represent a significant source of income, but they will now be less willing or able to travel. The IUA has calculated a loss of revenue of €374 million for Irish universities in the 2020 and 2021 financial years, while one commentator estimates that it will take five years  for international student numbers to return to 2019 levels globally.

From RTÉ Radio 1’s Drivetime, John Cooke reports on the reopening of universities

Moving to primarily online teaching and learning is far from straightforward. Progress had been slower than expected before the pandemic as lecturers grappled with how best to leverage online technologies, often with limited time and familiarity, alongside concerns about their effectiveness for learning. The sudden shift online following campus closures in March has been followed by intensive preparation for a more concerted online offering across most if not all of the 2020/21 academic year.

The on-campus experience is a vital element of student life and institutions are challenged with providing this as far but as safely as possible in a highly unpredictable virus situation. The intended proportion of in-person teaching had looked like averaging about a third for Ireland, with variations per course. An escalation in cases has, however, resulted in Government advice that institutions deliver entirely online tuition in the immediate term.

Over 10% of US institutions will teach fully online throughout autumn 2020. High numbers of infections reported soon after reopening at universities in North Carolina and Alabama are worrying, and there are concerns for campus safety. The only certainty seems to be that student life will be very different than before March.

Since the world’s first university was founded in 859, higher education has shown resilience in the face of many challenges over more than a millennium. It continues to have a huge societal, economic and cultural impact worldwide, and the IUA estimated a university contribution of almost €9 billion to the Irish economy in 2017/18. Demand remains high, with student participation at record levels globally. There are some positive signs of state support too. Financial aid against the coronavirus impact has been welcomed in some countries, including Ireland, where the positive early work of the new Department of Further and Higher Education, Research, Innovation and Science is encouraging in difficult times.