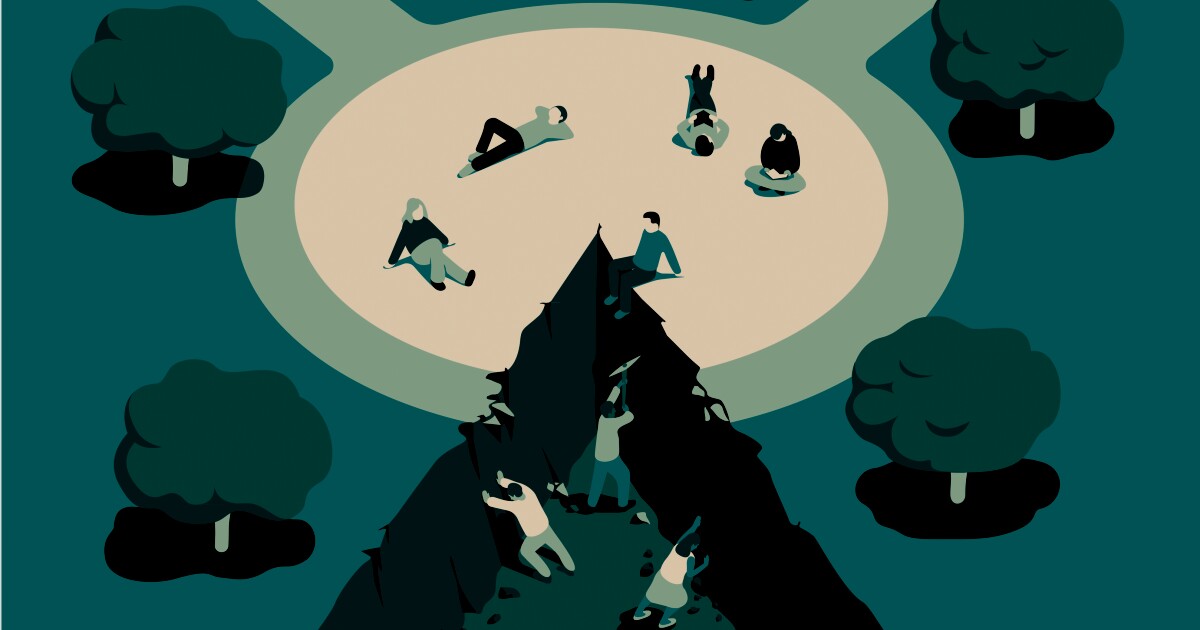 his past summer, far-right media outlets from Fox News to Breitbart flooded the airwaves and the internet with stories about diversity training within the federal government. These features castigated the programs, accusing them of encouraging discrimination against white people, especially white men, by promoting ideas of white racial inferiority.

This, of course, was nonsense. Diversity training does no such thing.

Mary Morten, the president and founder of a company that conducts racial-equity trainings for government agencies and nonprofits, explained recently that the interactive trainings they lead simply “do a variety of things to make sure that people understand some of the history of what bias has looked like in this country, [and] what power and privilege have looked like.” She added that at the end of their sessions, there is always “some action planning” designed to help participants figure out how they can take what they learned and “embed it” in their organization.

Morten, like other racial-equity trainers, does not sow seeds of racial division. Instead, she helps clients eliminate discriminatory beliefs and behaviors among employees, a process that makes organizations more equitable and effective.

Recently, the right-wing media’s talking points have been taken up by President Trump, who unleashed a Twitter storm against diversity training. He called critical race theory (a framework for understanding the centrality of race and racism in American society) “a sickness that cannot be allowed to continue” and has denied the existence of race-based privilege.

Right-wing diatribes about diversity training often ended with a call for Trump to issue an executive order banning federal agencies from holding them. So it was not unexpected when, on September 22, Trump signed an executive order forbidding diversity training within the government. The order asserts that these trainings perpetuate “racial stereotypes and division and can use subtle coercive pressure to ensure conformity of viewpoint.” It justifies these baseless claims by offering a twisted reimagining of U.S. history, a version of the past that posits that the nation’s “Founding documents” rejected “racialized views of America.”

This nonsense of the far right had found its way into federal policy.

Making matters worse, the order applied to federal contractors, broadly defined as any entity receiving federal funds, on the basis that racial-equity trainings “promote division and inefficiency when carried out” by them too.

If Trump’s order causes a university to roll back its diversity, equity, and inclusion work, then that university’s commitment to this work was never what it should have been in the first place.

This move — including recipients of federal funds in the order — was clearly designed to suppress diversity, equity, and inclusion work in higher education. Indeed, curtailing anti-racist activities on campus and censoring those working to understand and end systemic racism may have been the ultimate goal of the order.

ost colleges reacted to the executive order the same way they have to other grievance politics grenades (the travel ban, border-wall construction, ICE raids) Trump has thrown their way — they remained silent.

If we assume the best of our academic leaders, their silence can be interpreted as an attempt to protect the flow of federal dollars to their institutions. They aim to keep colleges clear of the order’s blast radius long enough for a new president, if one is elected on November 3, to clear away the debris.

This may be strategically useful. Many historically black colleges and universities depend on federal grants to remain open. Undoubtedly their precarious financial situation figures prominently in the decision of HBCU presidents to stay quiet, just as it did when dozens allowed Trump to use them as props in that embarrassing Oval Office photo. Their silence is also uniquely disturbing because what Black college doesn’t tackle head on the very issues that Trump demands they ignore? Indeed, it is the mission of most.

Silence is also strategically useful for presidents of the nation’s leading predominantly white institutions. They too are interested in keeping the spigot of federal largess open, but not as a matter of institutional survival. Compared to HBCUs, their institutions are flush with cash. They have simply prioritized preserving access to abundance over protecting opportunities for African Americans. Perhaps their commitment would be different if their ranks were more racially diverse. As of 2016, 83 percent of college presidents were white, and only 8 percent were Black — and that includes presidents of HBCUs.

Regardless of endowment, silence is shameful. Academic leaders have moral as well as institutional responsibilities. Keeping their heads down and their own campuses safe from Trump’s interventions only pushes the danger elsewhere.

For far too long, college presidents have remained silent about racist public policies. But those committed to racial justice and equity are no longer willing to see this nation plunged further into the abyss of despair. The cup of endurance has run over. The time for silence has ended.

And certainly no college or university should follow the lead of the University of Iowa, Texas State University, or John A. Logan College and suspend programs because of this blatantly racist and legally dubious executive order. That would not be caution. That would be capitulation. If Trump’s order causes a university to roll back its diversity, equity, and inclusion work, then that university’s commitment to this work was never what it should have been in the first place.

This past summer, millions of young people flooded the nation’s streets demanding racial justice and an end to systemic racism. They showed extreme courage facing police armed with military-grade weapons in the middle of a global pandemic. That the leaders of those brave students’ institutions lack the courage to face a shameless and unethical Trump administration is a travesty.