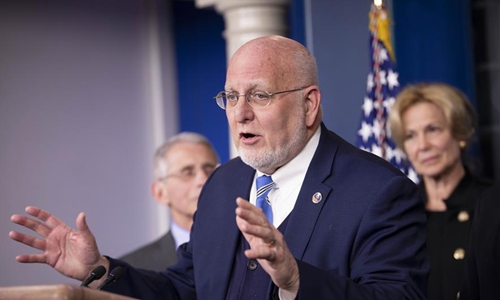 Director of the U.S. Centers for Disease Control and Prevention(CDC) Robert Redfield (front) speaks during a press conference with members of the White House coronavirus task force in the White House in Washington D.C., the United States, on March 2, 2020. CDC announced Monday that there are currently 91 cases of COVID-19 in the country, up from just 60 cases a day ago. (Xinhua/Liu Jie)

Robert Redfield, director of the US Centers for Disease Control and Prevention (CDC), said on Wednesday that a majority of Americans remain susceptible to COVID-19.

“CDC is in the process of a very large, sequential study across the entire United States, measuring serology,” Redfield told the Senate Health Committee during a hearing. “The preliminary results on the first round show that a majority of our nation – more than 90% of the population – remains susceptible.”

“It varies in different geographic parts from states,” he said. “But it does show that a majority of Americans are still susceptible to this virus,” said Redfield.

The remarks came a day after the United States reached over 200,000 COVID-19 deaths, with nearly 7 million infections, both the highest in the world. 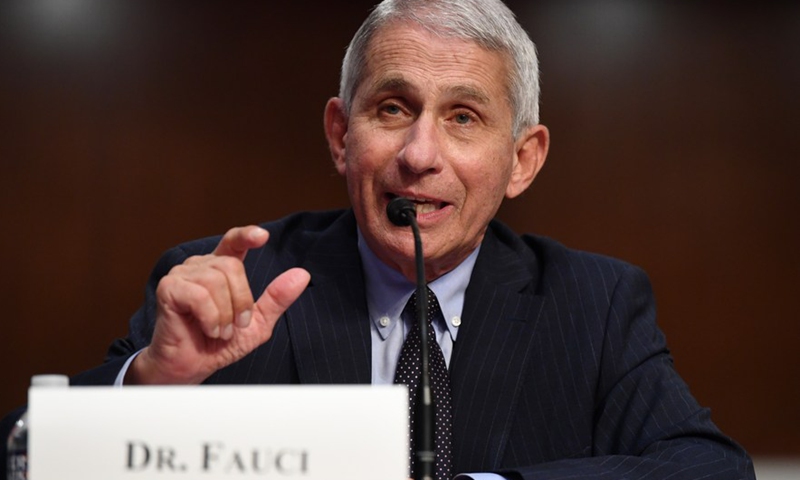 Anthony Fauci, director of the National Institute of Allergy and Infectious Diseases, testifies before the U.S. Senate Committee on Health, Education, Labor and Pensions on COVID-19: Update on Progress Toward Safely Getting Back to Work and Back to School in Washington, D.C., the United States, on June 30, 2020. (Al Drago/Pool via Xinhua)

Anthony Fauci, director of the US National Institute of Allergy and Infectious Disease, also attended the hearing and warned of the long-term effects that disease might have on those infected.

Fauci noted that a recent study in non-athletes who have recovered from the virus showed that in their MRIs “they found that about 60 to 70% of them had indication of inflammatory disease in the heart.”

Stephen Hahn, commissioner of the US Food and Drug Administration, and Brett Giroir, assistant secretary for health at the US Department of Health and Human Services, also testified at the hearing.

US President Donald Trump has called the country hitting 200,000 deaths from COVID-19 “a shame.” He has also sought to defend his administration’s response to the pandemic, which has been under sharp criticism.