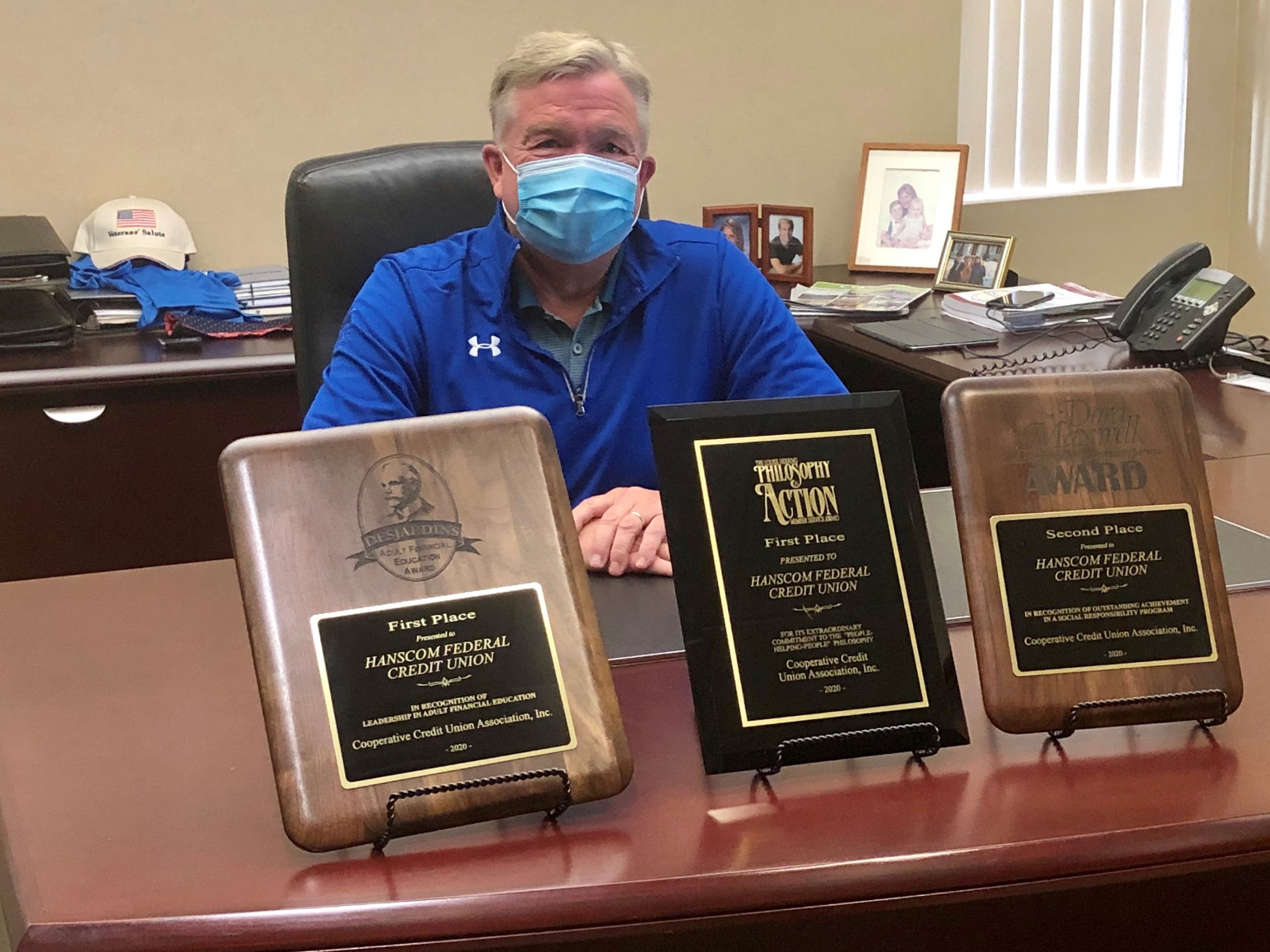 The Louise Herring Award for Philosophy in Action commends credit unions that make exceptional efforts to include credit union philosophy in their daily operations and member service. Hanscom FCU won the award for the creation of its compassionate Family Survivorship Guide, designed to help families settle their loved ones’ accounts with the credit union.

The Alphonse Desjardins Award was created to recognize leadership within the credit union movement on behalf of financial literacy for youth and adults. It was given in recognition of Hanscom FCU’s financial education programming for homeless veterans who receive assistance at the Bedford VA Hospital in Bedford, MA.

The Dora Maxwell Social Responsibility Recognition Award honors credit unions for their charitable works in their communities.  Hanscom FCU was commended for a creative movie-themed employee raffle that raised a record-breaking$8,300used to build 66 beds for children in need through “A Bed for Every Child,” an initiative of the Massachusetts Coalition for the Homeless.

Ray Phillips, Hanscom FCU’s chairman of the board, said, “Hanscom FCU takes its leadership role in the community seriously by helping people, especially those in need, get access to resources that can help them build better lives, whether that’s giving them information to make better financial decisions, or lending them a helping hand when times are tough. We thank the CCUA for recognizing the work we do to achieve these objectives.”

Hanscom FCU will represent Massachusetts in the national competition. National winners will be announced later in the year.

Hanscom Federal Credit Union, headquartered at Hanscom Air Force Base, serves over 90,000 members across the country and overseas through 22 branches, over 100,000 service centers and surcharge-free ATMs, and a web-based branch. The credit union holds $1.6 billion in assets. Follow Hanscom FCU on Facebook, Instagram, LinkedIn, and Twitter, and check out our MoneyWisdom blog today.