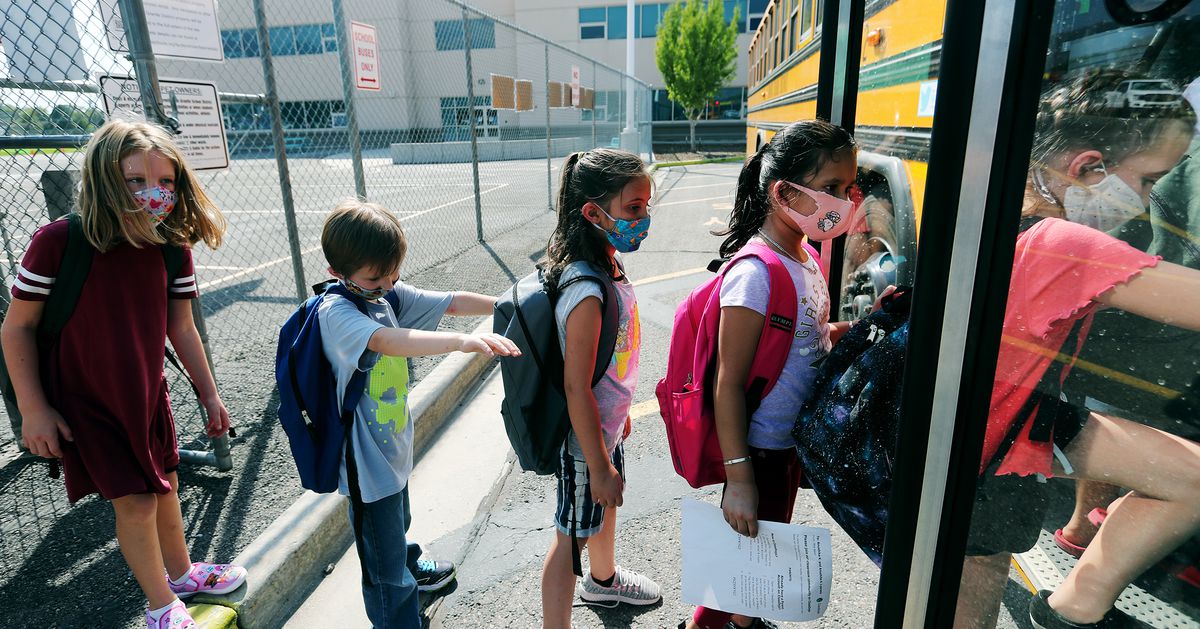 Tucked way down at the bottom of this year’s ballot are seven constitutional amendments for which the Legislature wants us all to vote “yes.” They are strategically placed, to get us in the mood for voting “yes” on the very last one — Amendment G. It is deceptively titled “Use Income and Property Tax Revenues to Support Children and Individuals with Disabilities Amendment.” It is a bait-and-switch trick to remove the only constitutional protection for all education funding against legislative raids on school money.

If you, like most Utahns, want more funding for schools, vote “no.” The legislature does not need a constitutional amendment to spend more money on disabled children or adults.

This is legislative revenge for voters daring to defy the December 2019 Tax Reform scheme. Our schools still struggle to recover from the impacts of the Great Recession coupled with income tax cuts enacted right at the start of the recession. There’s no recapturing the billions of dollars cumulatively cut from school budgets during those years.

Now, we’re facing the effects of another recession that will reduce school funding for several more years, and once again, Utah’s Legislature is trying to change income taxes to withdraw funding from our schools. This time they want to make the change permanent. Don’t be fooled by its simple language — Constitutional Amendment G is really a scheme to neuter the school funding guarantee that’s been in our state constitution since 1931. Vote “no” and put a stop to this money grab.

Why is this on the ballot this November? For years, the Legislature has prioritized transportation, the inland port, moving the state prison and other projects over funding our schools. They’ve crafted elaborate shell games and earmarks to try to get around the constitution’s education funding guarantee. All the while, Utah continues to rank 51st in the nation for school funding, class sizes are enormous, teachers are in short supply (and underpaid) and we can barely keep up with simple population growth, let alone the challenges of helping our disadvantaged students have a greater chance at success.

After years of these tactics, legislators have been running out of capacity to keep shifting education funds to other purposes, so they decided to ask voters to amend the constitution and give them more flexibility. Do you trust them with this flexibility? Until now, the constitutional guarantee has at least provided some check on bad decisions and created pressure to keep education growing. Now is precisely not the time to remove that pressure in exchange for vague promises.

During negotiations to persuade school advocates to stop opposing this idea, the Legislature crafted a new formula to estimate funds needed for inflation and student enrollment growth. They also budgeted a large increase in school funding for the current year, but the emerging impacts of the recession led them to take back most of that money.

The new budget formula is being labeled as a “funding guarantee,” but it’s not even close. It only creates a process in which the budget committee estimates inflation and student growth and places an adjustment in the proposed budget. The existing constitutional guarantee is about far more than mere inflation and student enrollment growth adjustments — it is binding constitutional law that requires all income taxes to be spent on education, a powerful lever to force new investments in educational innovation and quality to keep Utah’s economy and society strong. All future elected officials are bound by this law.

The new “guarantee” is only a state statute that can be ignored or changed anytime without legal consequence. Future legislators and governors cannot be bound to the agreement, creating uncertainty in school funding, even as the student population continues to grow and become more complex.

The Legislature is completely free to spend more on education under the current constitution. Isn’t that what you want? What most Utahns want? Why would we give them permission to spend less on our schools? That’s exactly what Amendment G tries to do. This isn’t a recipe for success.