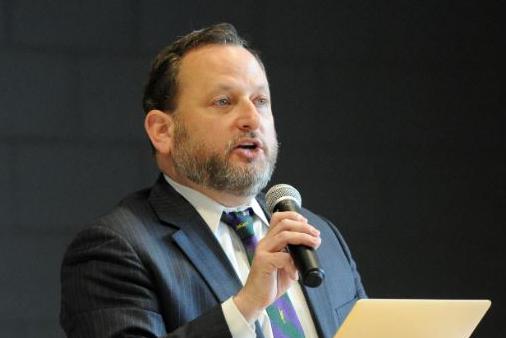 GREENWICH — The independence of a new audit of special education services in the Greenwich Public Schools is among the most important facets of the review, several Board of Education members said Tuesday.

The school board heard an update on the $98,000 audit, which will officially begin this month, at its Tuesday meeting. The audit is an attempt to examine complaints from parents about the district’s special education services going back decades.

“I, for one, am glad this is finally starting,” Board of Education Chair Peter Bernstein said. “I think we’ve been talking about it for about three years, so it’s good to see it finally moving forward. One of the concerns I have and I will continue to have is about the independence.”

“This project is really an audit of special education districtwide,” Sherr said. “I’m not familiar with a situation where the group being audited is the group managing the project.”

Some parents have alleged that the district has failed to identify students eligible for special education services, has silenced educators and forced parents to seek legal action before offering required services to some students. In the past year especially, parents have been more vocal about their complaints.

The district and the board — with the help of a steering committee that included Board of Education members Karen Hirsh and Karen Kowalski, parents and administrators — selected Public Consulting Group (PCG) in September and increased the scope of the project to be more all-encompassing.

To start, PCG will be pulling special education files from the district, which will be followed by direct interviews and focus groups with special education families and teachers, in-school observations and comparisons between the services offered by Greenwich and similar Connecticut districts. A formal written review of PCG’s findings will be available in May or June, according to a timeline provided to the board.

“We will get a great deal of information between now and as we’re going through that budget process,” Schools Superintendent Toni Jones said.

In addition to Bernstein and Sherr, several other board members, including Meghan Olsson and Kowalski, questioned the impartiality of such an arrangement or stressed the importance of the consultant’s independence when it comes to the credibility of the report.

According to Jones, the consultant will request files anonymously, based on a file number, to ensure the fidelity of the project. She also stressed that the steering committee would continue to be involved in the process to whatever degree the board desired.

Comments were not limited to governance of the project, though. Kowalski stressed the report should also include past reviews of the special education department, including work in 2019 and 2020 by the Tennessee-based education consultant Key2Ed. And board members Christina Downey and Olsson also stressed the importance of getting results quickly.

Key2Ed provided free professional development to special education educators and some families on how to improve the Individualized Education Plan (IEP) process, and produced a report based on its findings — a presentation of which is scheduled for the board’s Oct. 17 meeting.

Detractors at the time questioned Key2Ed’s existing relationship with the district. Fifteen years ago, which was during the tenure of Mary Forde, who as the district’s chief pupil personnel services oversees special education, the consulting group provided similar professional development services to the district. Parents also alleged the group omitted comments critical of the district from its review.

Since returning to school amid the COVID-19 pandemic, special education parents have been expressed concerns with services provided to their children, especially in a remote-learning setting.

The importance of the audit, board members said, is to deliver solutions to persisting problems within the district. Sherr questioned whether the audit was set up to address the cause of problems, rather than simply identifying them.

“I worry that the project is designed around specific problems and not getting at the root cause,” he said.