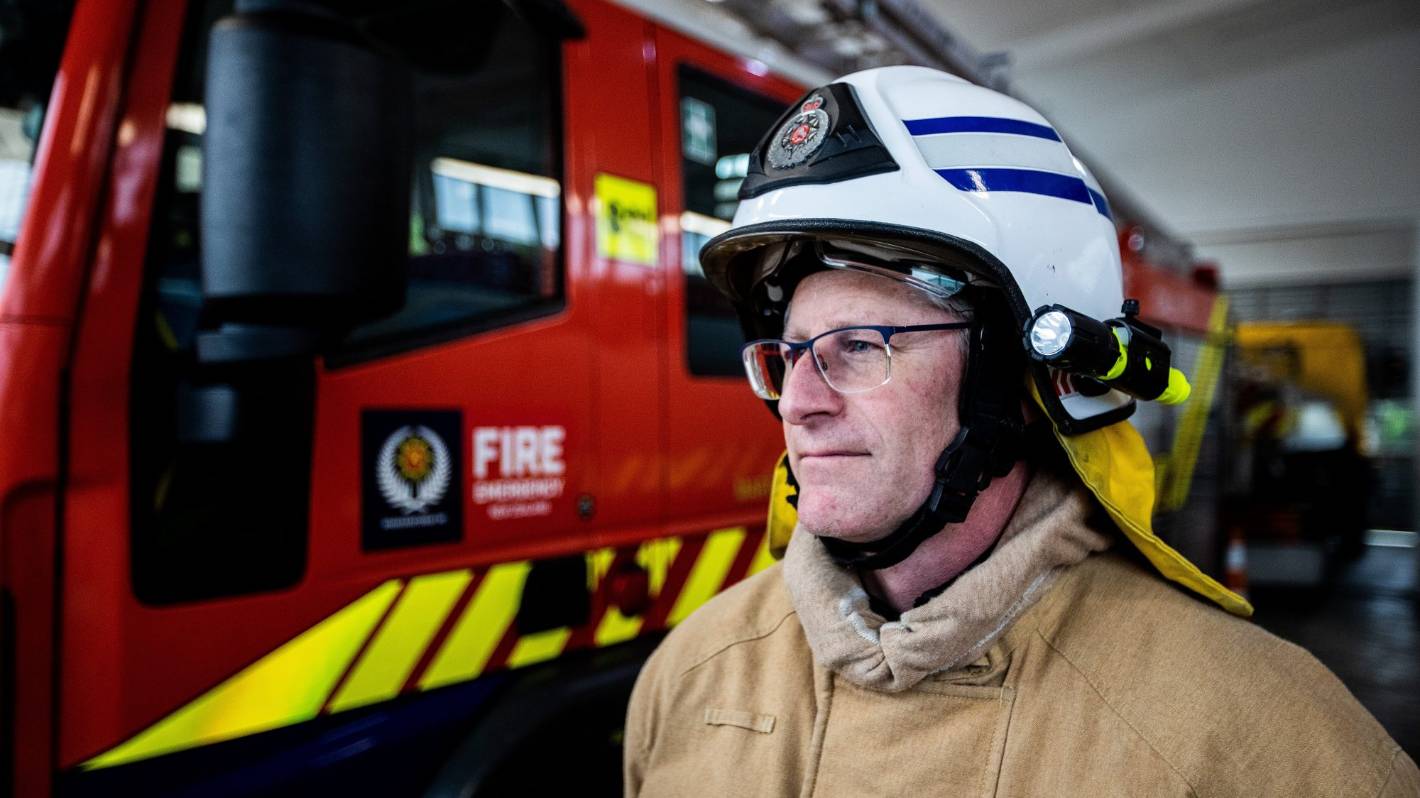 Marton chief fire officer Kevin Darling wants to work with young people to educate them about the risks of starting fires.

A spate of fires in a Rangitīkei town may have been sparked by youths, a fire chief says.

The Marton and Bulls volunteer fire brigades were called to extinguish about five suspicious fires in Marton Park just after 3am on Wednesday.

The fires burned on the roadside and across the park. Nearby residents reported young people were seen running from the area before emergency services arrived.

The fires were extinguished before causing serious damage, but the consequences could have been much worse, Marton’s chief fire officer Kevin Darling said.

Police searched the park and were still making inquiries and reviewing CCTV footage from around the area, a police spokeswoman said.

It’s important parents were aware of their children’s movements, particularly late at night, Darling said in a post on the Marton Volunteer Fire Brigade’s Facebook page.

“Parents should also restrict access to lighters and matches. The school holidays are a notorious time for youth lighting fires. ​​​​​”

Many of the fires started by young people were not malicious, but they could cause serious damage.

In 2009, 63 per cent of people lighting fires were under 17 years old, according to Fire and Emergency.

Darling teaches children about the dangers of lighting fires, explaining how quickly a blaze can spiral out of control, through a programme run by Fire and Emergency.

“The education side rather than the punishment side is a positive…

“If I can reach 4000 people [through a Facebook post] and tell them we have a programme for kids who exhibit inappropriate fire behaviour that’s gold.”

Darling encouraged families to contact their local station about the confidential programme if they felt their child might be a fire risk.

“Some people are really concerned about coming forward, thinking, ‘what will the neighbours think?’ but no-one – not even my partner – knows who I am dealing with.”