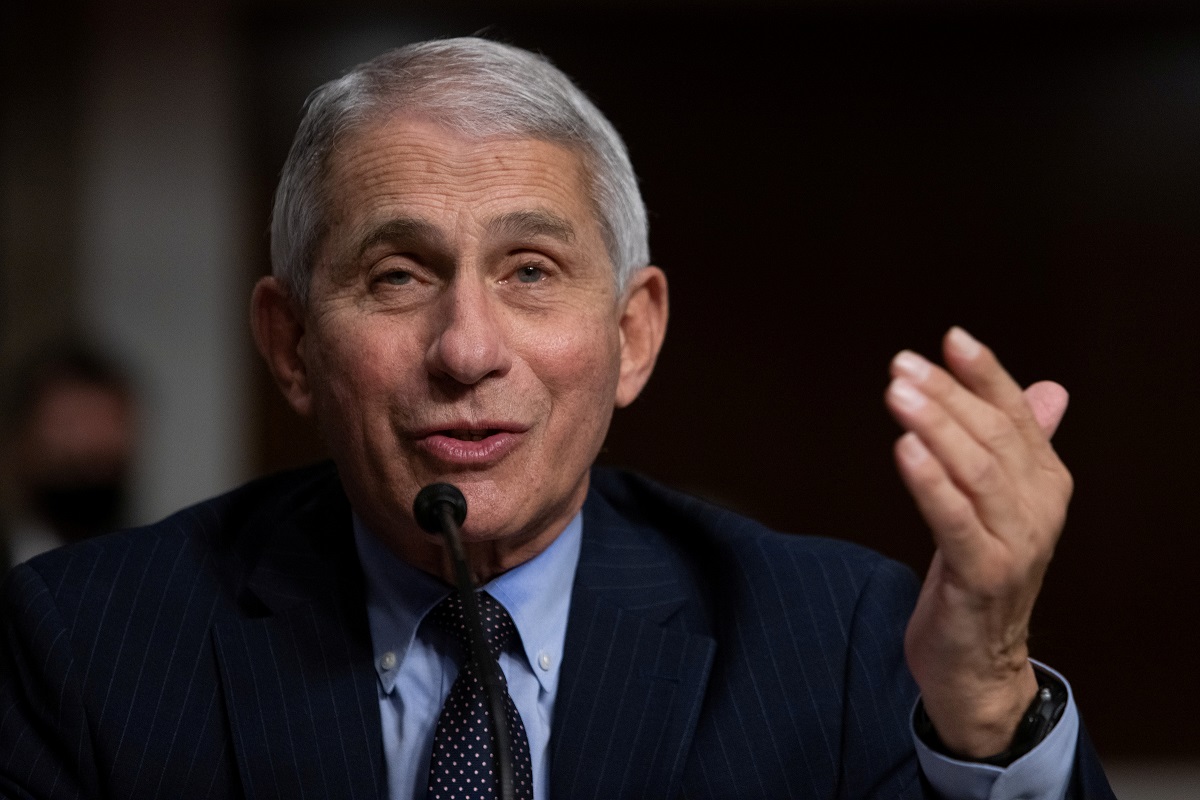 Public-health initiatives like mask-wearing and social distancing that have been shown to successfully limit the spread of the novel coronavirus might also play an important role in suppressing the severity of the upcoming flu season, according to White House coronavirus advisor Dr. Anthony Fauci.

“Steps to fight the flu and COVID-19 overlap greatly,” he said during a virtual briefing on Thursday. “We don’t want those two diseases together.”

Fauci warned that the nation’s health-care system might soon be confronted with a “diagnostic challenge” if there is, in fact, a devastating one-two punch of the seasonal flu plus the coronavirus.

“There’s considerable concern as we enter the fall and the winter months and into the flu season that we’ll have that dreaded overlap of two respiratory diseases, namely influenza and COVID-19,” said the director of the National Institute of Allergy and Infectious Diseases.

In the United States, on average, between nine and forty-five million Americans catch the flu each year, which leads to anywhere between 12,000 to 61,000 deaths. According to the U.S. Centers for Disease Control and Prevention, between October 2019 and April 2020, there were an estimated thirty-nine to fifty-six million influenza infections and 24,000 to 62,000 fatalities.

A 2017 collaborative study by the CDC and global health partners revealed that between 291,000 and 646,000 people worldwide die from influenza-related respiratory illnesses each year. These figures are considerably higher than the World Health Organization’s previous estimates of 250,000 to 500,000 deaths.

In what could be considered good news for the United States, a recent CDC study found that the flu season in the Southern Hemisphere between April and July was far less severe compared to previous years.

Data from Australia, Chile, and South Africa showed that only .06 percent of more than 83,000 collected samples came back positive for influenza—far lower than the roughly 14-percent rate in past years.

“They had a very, very light flu season,” Fauci said.

In preparation for the flu season, the four manufacturers of flu vaccines have already confirmed that they will ship roughly 200 million doses across the United States this year—which is 19 percent higher than last season.

The nation’s top infectious disease expert also noted that the United States has been the “most severely hit” by the novel coronavirus, with more than 7.2 million confirmed cases and at least 207,000 fatalities, according to the latest data from Johns Hopkins University.

“Truly a transforming pandemic of historic nature, and we’re not through with it yet,” Fauci said.

Now more than nine months into the pandemic, there are roughly 34.1 million cases of coronavirus worldwide, including nearly 1.02 million related deaths.

Ethen Kim Lieser is a Minneapolis-based Science and Tech Editor who has held posts at Google, The Korea Herald, Lincoln Journal Star, AsianWeek and Arirang TV. Follow or contact him on LinkedIn.