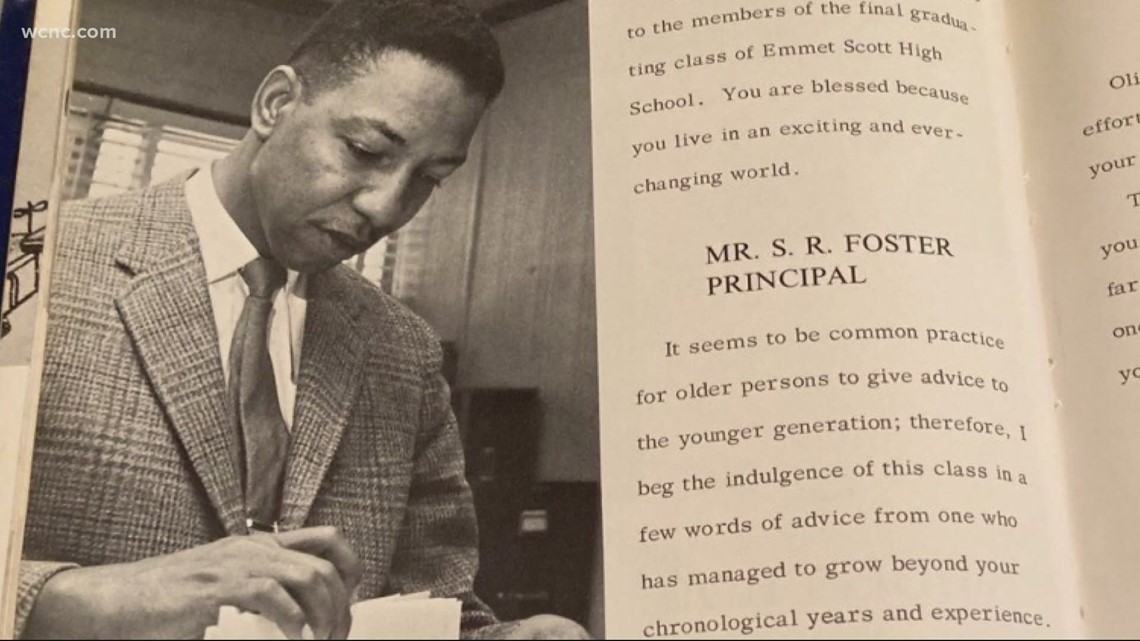 Emmett Scott School was the first public Black school in Rock Hill. This year is the school’s 100th anniversary

In 1920, during a time when Black people were denied education and schools were segregated, The Emmet Scott School was built in York County. Carrying the namesake of Booker T. Washington’s assistant, Emmett Scott was the first public school for Black people in Rock Hill.

Foster was the principal at Emmett Scott School for three years, up until its closing in 1970. Students who had not graduated were transferred to Rock Hill High and Northwestern High School.

Meanwhile, Emmett Scott was torn down, and parts of it were converted into a recreation center dedicated to the school years later. Since its closing 50 years ago, there have been few successful attempts to keep the legacy of the school alive.

“There are people in the community now who really don’t know what Emmett Scott was or what it meant to the Black community,” Foster said.

But that will all change. Friday, October 16, during the rivalry football game between Northwestern High School and South Pointe High School, the alumni of Emmett Scott School will be honored by both the district and the city.

Emmett Scott School alumni will be recognized at Friday’s football game between Northwestern HS & South Pointe HS in Rock Hill . Tune into @wcnc at 5:30 today! I’ll introduce you to the history behind Emmett Scott and why two rival schools are coming together to honor the alumni! pic.twitter.com/z2mEnjCegz

This is the first time the alumni will be honored on a platform of this nature.

The idea stemmed from Hezekiah Massey, III, and Dr. Marty Connor principals of both Northwestern and South Pointe High schools respectfully. Massey and Connor said they felt indebted to the sacrifices Black educators and students took just to earn a decent education.

“We felt like it was just necessary and just vital to bring about awareness that this school was a significant contributor for the development of Rock Hill,” Massey said.

It’s also a time to recognize how the school opened the doors for Black educators in Rock Hill. After Emmett Scott closed,  Foster become the first Black administrator in the district as a principal at Northwestern High.

As of 1970, there have been five Black high school principals in the district including Foster, Massey, and Dr. Connor.

“Mr. Foster, the way which he paved for us to have this opportunity, it’s tremendous,” Connor said. “For us to be here to not only celebrate Emmett Scott but to pay it forward.”

Friday’s game will be held at Rock Hill School District 3 Stadium, which is located at South Pointe High School on Neely Road. Kick-off is at 7:30 p.m.

Emmett Scott Alumni will be honored during halftime. Tickets can be purchased at South Pointe’s website or Northwestern’s website. Social distance measures will be in place including fans sitting six feet apart.