Skip to content
FLASH NEWS
FLASH NEWS
Monday, November 29, 2021
Ghosts-uk > ABOUT EDUCATION > Elizabeth Garbe and M. Royce Van Tassell: A chance to see candidates for the Utah Board of Education
ABOUT EDUCATION 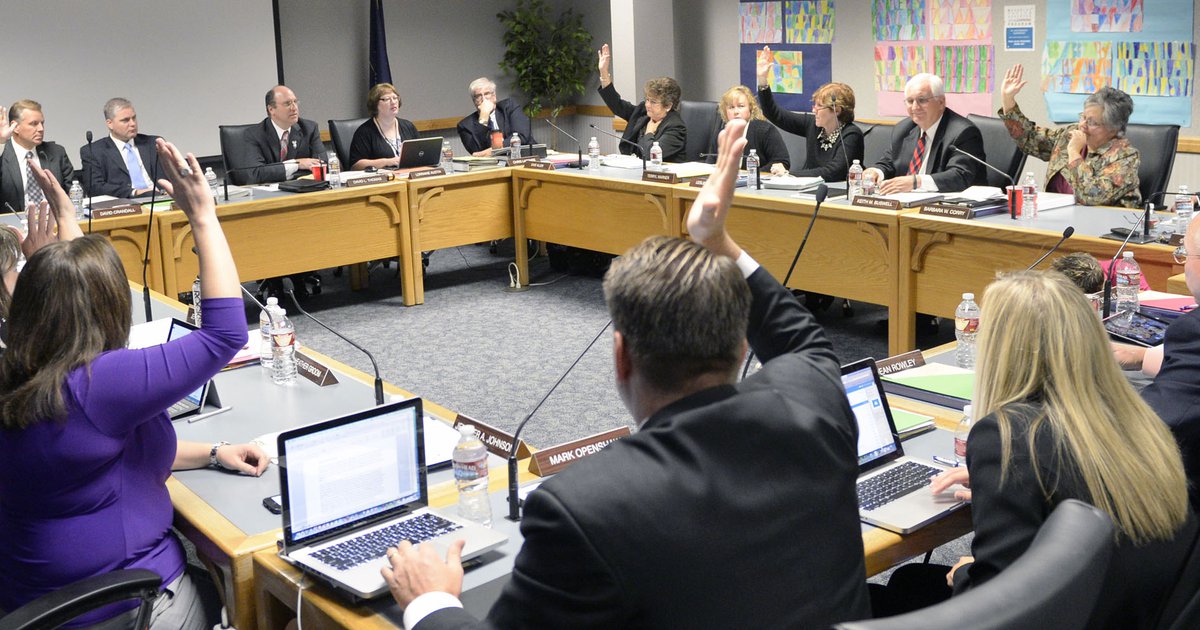 Perhaps the most underappreciated elected officials in Utah are members of the state Board of Education. The Utah Constitution assigns them collectively “general control and supervision” of all of public education, which means they administer more than $5.6 billion to the state’s schools each year.

They send the money to every school district and charter school that pays for your children’s teachers. And they verify that schools followed all the state and federal rules governing how to spend those dollars.

And while the Legislature meets for 45 consecutive days each year, then adjourns “sine die,” the Board of Education continues its work year-round. Each month, the members consider rules the Legislature has required them to write. They adopt and revise the standards schools must follow. They evaluate which teachers receive a teaching license and which teaching licenses they need to revoke. In other words, they have an enormous impact on what happens in Utah classrooms. Nevertheless, fewer people vote for state board candidates than vote for state Senate candidates.

Relatively few voters participate in state board races because they represent such large districts. Each member of the state board has about 290,000 constituents. Although social media helps, these candidates can’t afford to send direct mail pieces, buy billboard space, use phone banks or mass text messaging, let alone the TV and radio ads that are the staples of other campaigns across large districts. (Pretty much just members of Congress and candidates for governor have campaign accounts that large.)

To help voters and candidates for the state Board of Education better understand each other, the Utah Education Debate Coalition (UEDC) — made up of United Way of Utah, the Hinckley Institute of Politics, the Deseret News, the Sutherland Institute and he Utah Association of Public Charter Schools — stages debates between candidates in the Board of Education. While each member of UEDC cares deeply about the work of the state board, none of our organizations endorses or opposes candidates.

This campaign season we will hold three debates, all livestreamed on the Hinckley Institute’s YouTube channel and available for viewing afterward. The first was Wednesday. Others are set for Oct. 6 and Oct. 8. Each debate will last one hour, from 7 to 8 p.m.

The Wednesday debate will be between Becky Taylor (Constitution Party) and Jim Moss (Republican) in District 12 (Orem, the Heber Valley and the Uinta Basin).

For the first 30 minutes of each debate, the moderator will pose questions UEDC has provided to each candidate before the debate. As you would expect, these questions refer to dealing with COVID-19, managing billions of taxpayer dollars, the teacher shortage and other timely and timeless education topics. For the second 30 minutes, the moderator will pose questions suggested by the public on the YouTube channel’s chat stream.

Utahns pay billions of dollars in income taxes to make sure our education reflects our priorities and to make sure our children graduate prepared to succeed. It is our job to make sure our elected officials create those systems, which means we need to elect candidates who reflect those priorities. Carefully evaluate the candidates for the state Board of Education, and cast your ballot wisely. You can find links to each of the debates on Facebook @UTEdDebateCoalition.

Elizabeth Garbe is senior director of government relations and public policy at the United Way of Salt Lake.

They get along well but frequently disagree about policy and politics. They aren’t sure if that disqualifies them from participating jointly in contemporary public policy debates.